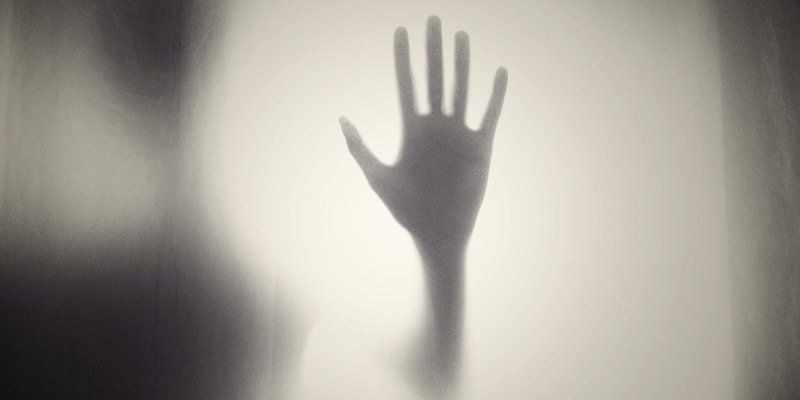 Megan Giddings’s Lakewood is an Undeniable Classic of
Black Horror

Steffan Triplett on Writing Towards the Boundaries of Reality

In the second chapter of Megan Giddings’ Lakewood, protagonist Lena Johnson receives a mysterious letter inviting her to participate in “a series of research studies about mind, memory, personality, and perception.” The invitation comes with the promise of indispensable means: free health insurance for her family, a hefty stipend, and housing covered if she’s selected to participate beyond a week-long trial.

Lena is aware of its oddness but she could really use the money; she has college tuition to pay, her grandmother, Miss Toni, just died, and her mother, Deziree, is sick. This familiar foreboding might sound like the beginning of a campfire tale or an internet creepypasta, and the novel is aware of incorporating horror-plot conventions. However, Lakewood is not typical; Lena, a young Black woman, is not typical either, and the novel soon reveals itself as one that uses horror in a singular way.

Before deciding to sign up for the study, Lena attends a party alongside her best friend Tanya and other Black, college-aged friends trying to survive in a chilly upper Midwestern town. Everyone at the house party is drinking fortified wine, getting drunk off of cheap, gross-tasting booze. Then something strange happens: the wine starts “turning the insides of everyone’s mouths black.”

A larger force is at play: is there something in the fortified wine? In the water? But the young adults’ responses are so nonchalant, you can convince yourself that the scene simply employs creative description. (It’s not really black, just a dark red. Giddings is being dramatic because they’re being dramatic! They’re college kids!) “We’re dying,” a friend jokes into a mirror. They’re not outwardly afraid of what’s happening—instead, they all take a group photo. Lena smiles and poses with the rest of them, sticking out her tongue.

I can’t shake this scene and how it challenges notions of possibility and reality. I’m attracted to—scared of, even—this addressing of a threat without speaking of it. There’s an intention here that this scene is getting at: anti-Blackness already warps reality; the strange seems less strange when you’ve lived through horror. Here, a threat can be shrugged off as normal, inevitable. The reader can shrug it off too.

Lakewood should be required reading in the conversation about Black horror. It pulls off the typical horror-thriller plot: girl signs up for foreboding study; there might be a more sinister truth behind the study; horror ensues. Where Lakewood becomes undeniable, though, is when it positions some of its horror as easy to miss, even if it is staring us in the face.

Lakewood unfolds like dreams do, bringing new, frightful imaginations to Lena each morning. Throughout the studies of the Lakewood Project, Lena is forced to assign numeric values to various hypotheticals or the actual, increasingly traumatic physical and psychological experiments: “How frightened—on a scale of 0 to 10—were you when this happened?” The numbering seems aimless—what will quantifying a world of horror accomplish if no one seems to be looking for a solution? If everything just seems a test of her tolerance for pain?

The borders of the allegory are clear: White people are the horror here.

I first read Lakewood across two days at the onset of summer, laying on the couch in the middle of my basement studio apartment. This summer was dreamlike, defined not by sleep but the passage of time during an international pandemic. Not by days, but more by murderous police, more protests met too often with empty actions. I kept the TV off, checked in with a friend.

In our exchanges, our questions to one another looked like, “How are you feeling today? Does it hurt more or less than yesterday?” Answers like, “Last Tuesday was the lowest for me.” Our own, evaluative responses mirroring Lena’s. She’s my best friend in the city, studying many things, but with a particular focus on Black girlhood and interest in Black science fiction. When at a loss for words for the world around us, we looked to books and movies. She talked about Octavia Butler’s Parable of the Sower and Kindred, Toni Morrison’s The Bluest Eye. Novels that people have now, correctly, identified as frighteningly prescient. I talked to her about Lakewood. How these horrors are not new.

On a day where, somehow, the sun still rose to shine, I sat masked on her porch, turning my body toward hers, a few yards away.

“It feels good to be outside, but not much else feels good,” I say.

She agrees and says, “I’m afraid to walk outside by myself. People are hanged in trees.”

We’re dying. We say it all the time. It stares us in the face in the strangest of places. What could be worse?

As the book progresses, it balances plausibility and the unreal as things get more and more strange. Is all that Lena sees real, or is she just exhausted? When I first assigned the novel to my  undergraduate students, they seemed to struggle with this teetering—it seemed they either expected everything to feel completely grounded in its horror (a clean extension of true, recorded historical atrocities) or to feel completely alien, a sci-fi story set in the future or in a world dissimilar to our own. In fact, Lakewood often feels extremely current, so when it veers into the unreal it’s disconcerting. It makes you question what’s actually possible in the world. And isn’t it always surprising to us, even when it shouldn’t be?

“I kept waiting for Lena to mention an election,” a student said. “Are we meant to think about Flint, Michigan?” asked another. And it’s true, it often feels so nonfiction in its discussions of racism, class, sexuality, the news. They’re right in that there’s something not so easily digestible about its engagement with the boundaries of real. Horror often upends plausibility, but there are parts of Lakewood that feel like the musings of a young person in our very real world, in this very moment. Lena’s world is so informed by the horrors of ours, it feels surprising that she’s not real, sitting in the room and venting alongside us.

Get Out, often regarded as a pinnacle of contemporary Black horror, has boundaries that are much clearer: you don’t walk out of the theater saying “that could happen!” The borders of the allegory are clear: White people are the horror here. They don’t just want control; they want to consume us. “All I know is sometimes, if there’s too many white people I get nervous,” protagonist Chris says. And we watch as those nervous fears are affirmed.

Lakewood’s borders are not so cut and dry. In real life, we know that the government has experimented on Black people. We know the United States has committed atrocities domestically and abroad; it’s built on genocide and stolen land. We know about Tuskegee, we know about Henrietta Lacks. The world in Lakewood is so close to ours that Lena must know these things too, even before she signs up. She’s a Black woman in America. While Lakewood might not stay fully grounded in our reality, it stays awfully close, and for long enough that when the boundaries shift, our reality is not so clear.

Lakewood leaves the reader with some singular provocations, quietly pointing us to where we might find solace in a world bent on destroying us.

At Get Out’s end, all its pieces are all in the perfect place; its ending provides satisfaction and catharsis. I’m invested in Lakewood’s ending and its investment in doing something less clean, in a way that perhaps only literature can. The ending, which holds many possibilities for a reader’s interpretation and engagement, is impacted by an announcement on the summer news in which a sliver of what’s really going on comes to light. Lena writes, “Seeing the discussions gave me hope. People cared!…People would keep digging, keep paying attention … They would find out this wasn’t just once, this wasn’t just in the past, but it happened over and over.”

Lena’s hope is devastating. I fear that her grief—along with her hope that people will finally realize the full horrors of the racism buried in our nation’s past—might feel endless and repeating. Giddings knows what she’s doing here. As a Black person, she’s lived it.

Good horror offers something to its audience; if not satisfaction or full resolution, then a small nudge toward a salve.  Lakewood leaves the reader with some singular provocations, quietly pointing us to where we might find solace in a world bent on destroying us. 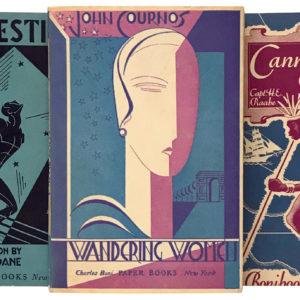 In the early 1930s, a bookshop window would have displayed the pretty, pictorial dust jackets of the latest bestsellers,...
© LitHub
Back to top