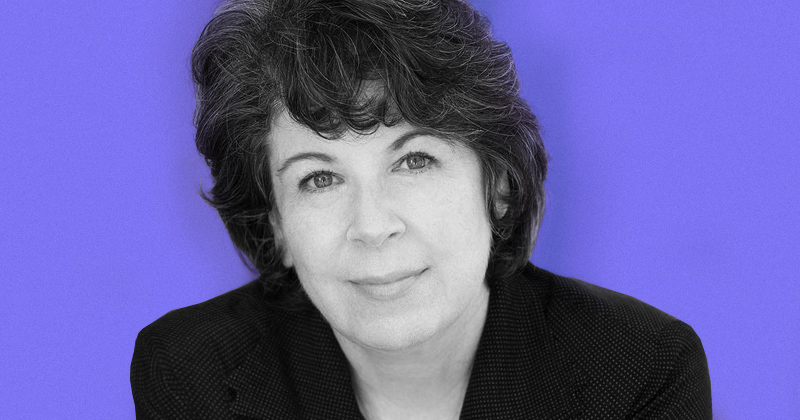 Meg Wolitzer: “What Does it Mean to Be a Woman in Power?”

The Female Persuasion Author on Mentorship, Work, and Getting Older

To be a young woman in 2018 is to be intimately aware of the concept, if not the reality, of power in the workplace. We’re told that if we’re not reaching for power, in proximity to it, or, ultimately, wielding some of our own, we’re at best irrelevant, and at worst, at risk.

And the thing about power as it is experienced by a young woman in 2018 is that its societal significance is built on a distinctly male foundation. As a result, mentorship, specifically female mentorship, has long been propped up as as a proverbial ladder for women who need a hand navigating the power structure’s slippery scaffolding. That mentorship, and its unique place in the larger context of women and work—women at work—is the beating heart of Meg Wolitzer’s latest novel, The Female Persuasion.

In light of the #MeToo movement, there has been a resurgence of appreciation for the mentors who shepherd young women’s careers without caveats of sexual favors or threats. And yet, there are woefully few examples of this dynamic in contemporary literature. Wolitzer’s oeuvre is something of an exception: her own life, as well as the bill of novels that embody her 30-plus year career as a writer, are laced with gently probing explorations of mentorship in its myriad forms. But The Female Persuasion lifts the curtain on the whole construct at just the right time.

Wolitzer was 21 when she sold her first novel, Sleepwalking, in 1982. Her career has thus perfectly straddled the second and third waves of feminism, inching into what some now believe is a fourth wave. Because Wolitzer is a novelist who writes contemporaneously, the shift between these two movements can be traced through her many female characters.

“I always feel, write what obsesses you. Where are the strongest feelings located?”

Wolitzer’s third novel, This is Your Life, published in 1988 but reissued in 2014 as This is My Life, is a thoughtful, darkly comedic novel about Dottie Engels, a single mother pursuing a stand-up comedy career, and her two daughters, Opal and Erica. Dottie learns to reckon with her dueling passions for work and family, and her pioneering status in comedy offers inspiration for the young aspiring “comediennes” who sometimes babysit Dottie’s kids while she’s traveling. Wolitzer simultaneously explores the private lives of Dottie’s daughters as they mature into women as well.

In 1992, Nora Ephron and her sister, Delia, co-wrote the screenplay for the film adaption of Wolitzer’s novel; This Is My Life marked Nora’s directorial debut. Ephron was 20 years older than Wolitzer, who was in her early thirties when the film was released. “Nora Ephron was someone who was very generous to me, and it meant so much,” says Wolitzer. She is one of several women to whom Wolitzer has dedicated The Female Persuasion.

“I always feel, write what obsesses you,” Wolitzer told me, when we spoke over the phone in early March. “Where are the strongest feelings located? For me there has been a lot of emotion and important thoughts around ideas that have to do with mentorship, the person you need who really changes things for you—what kind of a role do they have? That’s a big responsibility, and I just find it more and more compelling as I get older.

“I think when I wrote This is Your Life . . . it was interesting because my emphasis was really on the daughters, and on being the one coming along. When Nora and Delia came in to make it as a film, the mother story was brought out. As I get older, I can really understand both of those views. You need compassion for your characters regardless of what book you write, and maybe getting older allows me to expand that compassion.”

It has also allowed Wolitzer to explore some of her previous themes from a new perspective. Back in 2008, she published The Ten-Year Nap, a novel that also tackled the subject of working women, but then through the lens of motherhood in the new millennium. Its main characters, all middle-aged mothers with elementary school-aged children, grapple with the sexism both at home and at work. Ultimately, the women drop out of the workforce one by one, some more reluctantly than others.

“When I wrote The Ten-Year Nap, it was a meditation on motherhood, work and making meaning in the world, among other things,” says Wolitzer. “I think that it had a kind of closer-grained lens. [The Female Persuasion] is trying to look more broadly at it generationally. I think getting older maybe helped me decide to do that.”

“You need compassion for your characters regardless of what book you write, and maybe getting older allows me to expand that compassion.”

This change in approach also reflects wider developments in the way we think about women and work. Even ten years ago, the expectation that women should derive so much of their identity from their work was not nearly pervasive as it is today. In our post Lean In world, She-EOs, “Mompreneurs,” and #GoalDiggers are held up as the new idealized standard.

“She smiled a brief, encouraging smile at the them, and that was it; Greer folded, she was taken in completely, taken up, wanting more of this forever . . . for here was this new, formidable person, speaking in such an exciting way about their place in the looming, disturbing world. Making them want to be more than they were.”

After mustering the courage to approach Faith after the lecture, Greer carries around the business card Faith offers her for the next four years of her college career.

“At the beginning of college, [Greer] had felt lonely and furious and aimless . . . ” Wolitzer writes. “You needed to find a way to make your world dynamic, Greer knew. Sometimes you couldn’t do it yourself. Someone had to see something in you and speak to you in a way that no one else ever had. Faith Frank had swept in and had that effect on Greer.”

Upon graduation, Greer finally puts Faith’s business card to good use when she reaches out about job opportunities at Bloomer. Faith invites her to come interview at Bloomer headquarters in New York, but the magazine folds on the day Greer arrives, inadvertently launching Faith’s new venture, a foundation focusing on improving the health and lives of communities of women and color. Faith brings Greer on board as one of the foundation’s earliest employees, and the course of Greer’s life is effectively changed.

Throughout the novel, even as she advances in her career, Greer is hyper-aware of her status as Faith’s protégé. The dissonance between her self-awareness in this protégé role and her emerging independence is where Greer’s real growth occurs.

The Female Persuasion is a case study in female ambition and the lengths to which women will go in order to give their work, and therefore their lives, meaning. As Faith and Greer navigate the realm of a newly corporate, historically male space, both women, with more than 50 years between them, are forced to reckon with the responsibility that accompanies access to traditional sources of power.

“What does it mean to be a woman in power? What does power look like if you’re female? Who is the person that helps you?”

Wolitzer’s ability to tap into the zeitgeist of our culture’s reckoning with sex, power, and work feels eerily prescient, but she doesn’t consider herself as a seer by any means.

“These are subjects that I have been dwelling on for a really long time, and none of them is a new subject,” she says. “What does it mean to be a woman in power? What does power look like if you’re female? Who is the person that helps you? Issues about power imbalances are in the culture, they’re in the world.”

Wolitzer writes about what she thinks about; as a woman, neither she—nor her work—exists in a vacuum.

“We’ve come to this moment, this critical moment right now, and that was happening at the end of writing this book . . . but these are old questions and they are getting dealt with perhaps in a new way now. We’ll see what happens.”

Kaylen Ralph is a Chicago-based independent journalist who writes features about politics and policy for the University of Chicago Harris School of Public Policy and covers breaking news and politics for Teen Vogue. She's also contributed to online publications including Glamour, Refinery29.com, Girlboss.com and Rewire.org, among others. In 2013, she co-founded The Riveter, a longform journalism magazine by women, and she's currently co-editing an anthology of longform journalism featuring contemporary writing by women that is forthcoming from The Sager Group.
https://www.kaylenralph.com/

How Big Sugar Got Rich Off American Cravings 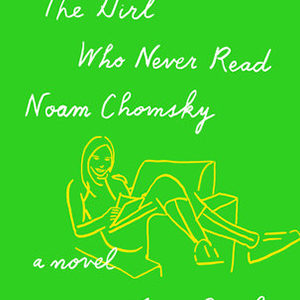 The Reading Karole Kaner had been one of Leda’s favorite professors. She was an aloof woman who wore indefinable writerly...
© LitHub
Back to top