Super-Infinite: The Transformations of John Donne by Katherine Rundell 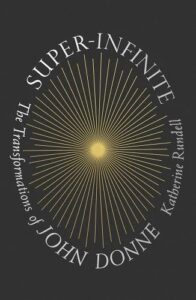 How did you conduct your research?
The book, from start to finish, was about a decade’s work. I did my doctoral thesis on John Donne at All Souls college in Oxford, which involved largely archival work—many hours in reading rooms across four countries, some beautiful and some ice-cold and smelling of dust and wet wool—and then the writing of the book was roughly another five years. I re-wrote it almost completely three times: I was sometimes exasperated and exhausted by myself and of my work in that time, but never once sick of Donne.

What do you think is John Donne’s legacy today?
I think he remains the finest poet of desire in English ever to have written: because he salutes, with passion and flair, the strangeness of our desire. He broke almost all the rules of poetry of his time: teaches us that language is not a set of rules, but a set of possibilities. He offers a bulwark against much that we need armoring against—against cheap, easy images of sex and sexuality offered by the media, against anti-intellectualism, against despair. He was a true original, and the legacy of a true original, I think, can be everlasting and inexhaustible, if we do the work of keeping them alive.

Is there a danger in trying to impose our current sense of morality onto historical figures?
I think it’s a very real temptation—but one we should resist, with all the nuance in our arsenal. I try to be very clear in the book that, while a lot of Donne’s verse reads as startlingly misogynistic—at one point he compares a woman’s sweat to the froth on a boiled shoe—his is a different time, and needs to be read with the care of a historically-informed gaze.

My Fourth Time, We Drowned: Seeking Refuge on the World’s Deadliest Migration Route by Sally Hayden 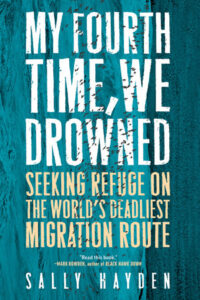 How did you conduct your research?
I’ve reported on migration-related issues for eight years, traveling to countries like Syria, Iraq, Burkina Faso, Sudan, Rwanda, Nigeria and Sierra Leone, as well as across Europe. This work means that I have met a huge number of people, and others started reaching out to me through social media and other avenues.

The book itself begins with me receiving a Facebook message from a man who was locked up indefinitely inside a Libyan migrant detention centre. From then, in 2018, I spent years in daily contact with a network of sources across many different detention centers, while traveling across much of Africa and Europe, following up leads and verifying what they told me. I also began sharing the messages I received from inside detention centers on Twitter, in a thread that eventually got millions of views. This resulted in even more sources getting in touch with me with information.

What can governments do to prevent similar abuses of refugees in the future?
My reporting shows that governments in the rich world are actually behind many policies and structures that trap refugees and migrants in abusive systems. The rich world is spending huge sums of money to effectively prop up dictatorships and militias in short-sighted efforts to stop migration at any cost, which actually oppress vulnerable people further, increasing the need to leave. We see this on Europe’s borders, but also on the borders of other countries, including the USA and Australia.

Since 2017, more than 100,000 men, women and children have been caught on the Central Mediterranean Sea trying to reach Europe, and locked up in detention centers that Pope Francis—among others—has compared to concentration camps. There, they are subject to a whole host of abuses that the International Criminal Court’s prosecutor has said may count as war crimes and crimes against humanity. Official estimates say that nearly 25,000 people have drowned or gone missing in the Mediterranean Sea since 2014, though the real number may be much larger.

There needs to be some kind of a reckoning, where the rich world faces up to the consequences and implications of its attempts to stop migration. That means a reckoning not just for the politicians but also its citizens, in whose names all of this is being done.

How far do you think there’s a disconnect between what governments say about refugees and how they actually treat them?
There is a huge disconnect. For example, politicians regularly talk about how they want to tackle the business model of human smugglers, but they are not providing safe and legal routes for people who need to reach safety to get there, leaving many desperate people with no other way to escape dangerous situations and claim international protection. This rhetoric also does not extend to going after top smugglers and traffickers. While reporting the book, for example, I attended trials for infamous human smugglers in Ethiopia and found that I was the only observer present – there was no one else there from any embassy, human rights organization or UN agency.

My book looks at the language politicians and bureaucrats use to talk about migration, and how it is another way of creating a disconnect between the general public’s understanding of what is going on, and the reality of it.

The Restless Republic: Britain Without a Crown by Anna Keay 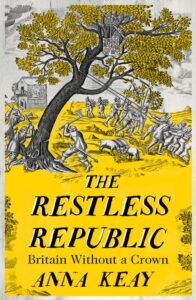 How did you conduct your research?
Digging through 17th-century diaries and memoirs, account books and court depositions in archives and record offices from Edinburgh to Dorset, Chester to Norwich. I wanted the book to be based entirely on first-hand material.

This book is full of these huge characters. Were there any historical figures from this period of time you were disappointed not to be able to include?
Yes—lots! I would have loved to have included William Webb the parliamentary surveyor who assessed the royal estates, medieval castles and hunting parks for sale—alongside the crown jewels and Charles I’s art collection. And I longed to find room for William Dugdale, one of Charles I’s heralds who travelled the land recording every medieval tomb and monument before they were torn down. Also Oliver Cromwell’s middle daughter, Elizabeth. I gathered lots of material on them, but in the end there just wasn’t room.

The civil war and the subsequent republican period are often seen as aberrations in British history. Do you think this is an accurate assessment, or has it had a more long-lasting impact on the country?
The British republic was unquestionably a constitutional failure. But that has masked the fact that so much else that was pioneered at that extraordinary time would endure—and still defines us: parliamentary supremacy, newspapers and mass media, the army and armed services, modern science, opera and musical theatre, internationalism, coffee houses…the list goes on. 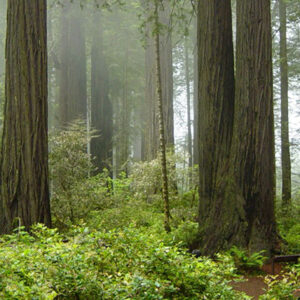