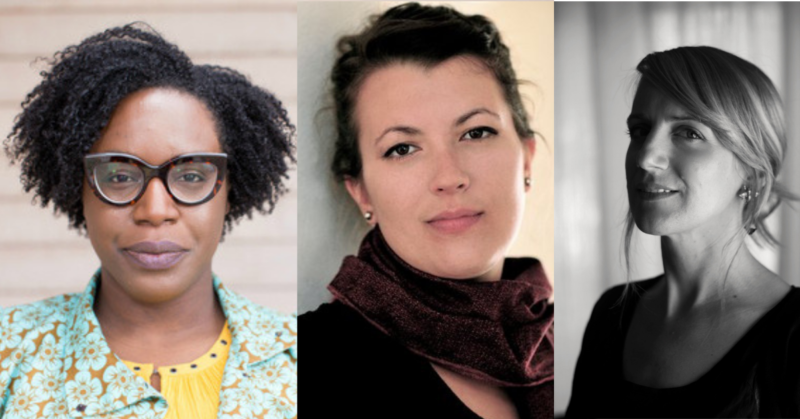 Timothy McSweeney’s Quarterly Concern was recently named the winner of the 2019 National Magazine Award for Fiction. McSweeney’s was recognized for three pieces from Issue 53—“Skinned” by Lesley Nneka Arimah, “Vinegar on the Lips of Girls” by Julia Dixon Evans, and “Unsound” by Maria Reva.

We talked with Lesley, Maria, and Julia to hear about what went into writing these award-winning stories, as well as their work more generally.

What was the inception of your piece?
It started with a conversation about the difference between being a married versus a single woman in Nigeria, where a newlywed friend marveled at how her family—usually difficult—became easygoing after her wedding. All the habits that she’d been told by them would doom her to eternal singledom were suddenly no big deal. Marriage gave unconventional women cover to be themselves, we observed. And as I turned it over in my head, I took it further, imagining that cover as quite literal, and began to write this story in which women had to remain naked until they married.

What surprised you most about it?
I was surprised by how much harder this story was to write than others. In fact, I’d originally intended for it to be in the collection, but I couldn’t get it together to make the story work. With most of the speculative stories I’d written, there was an element of “magic,” whether live hair babies or someone with the ability to remove grief, and those elements helped to drive the story forward.

In this case, the invention (forced nakedness) was a state of being, not a propulsive element that provided any momentum. It didn’t help that Ejem, the protagonist, didn’t want anything tangible that I could send her after, she just knew she didn’t want what other women had. This uncertainty led to a lot of narrative aimlessness, something I’m not used to, and I threw a lot of things at the story that wouldn’t stick (A resistance! A revolution!) What finally grounded the story was lessening the scope to the everyday. It didn’t need a big bang or a “final battle”, it was at its center a story about female friendship.

Do you follow the same process when you write stories, or do they all come out in different ways?
My typical process begins with something I can’t shake—a line of dialogue, an image, a premise—and I start imagining the narrative ecosystem that makes this dialogue/image/premise possible. It lives in my head for a while, a “brewing” process that can last weeks, months, a year, and then it comes to a boil (to continue the metaphor) and I put it to page. This is the most common way I write short stories, though I also write some more “traditionally,” too, unfolding over daily writing sessions, then revising, etc. Each story finds its way.

Did you have a particular or desired audience in mind for this piece? For your writing generally?
It depends on the interpretation of “audience.” If audience is understood as who should read the work, then everyone. Get your abuela a copy for her birthday. As for the audience when I’m writing, it is myself and by extension other Nigerian/Nigerian-ish people like me. That is my North Star. It doesn’t mean that the story is opaque for the non-Nigerian reader, but there is an extra layer of context for Nigerians.

And rather than being obscuring for the non-Nigerian reader, the insularity is illuminating.

For example, in “Skinned,” Ejem watches a broadcast where an official from Onitsha brags about having the finest factories in the world. For the non-Nigerian reader, the context that matters is that this man is bragging about this accomplishment in the wake of a fire in which several women died. That context also matters for the Nigerian reader, but they also know that Onitsha is a center of commerce in Nigeria, so even in this made-up world, I’m using our cultural touchstones. It’s a minor example, one of many (including referencing the second-class citizens as osu, the use of physical markings to denote their rank, etc.) that appropriates specific societal elements in this speculative world that take into account how they manifest in our real world. And rather than being obscuring for the non-Nigerian reader, the insularity is illuminating. I liken it to mastering a foreign language. You’re better off conversing with a native speaker and all the linguistic dexterity that implies than with someone deploying a dumbed down version of the language.

What was the inception of your piece?
I read a Human Rights Watch report, from the 90s, about the state of orphanages in the former Soviet Union. There was one girl the caretakers mentioned in an interview: a bright child, but her cleft palate prevented her from learning to speak, and so she was sent to a psychoneurological internat, an institution for children who are deemed disabled. (The conditions in these institutions vary, but some are so bad, even the mildest “disabilities” become exacerbated.) Then the girl simply disappears from the report. It was chilling to read. I kept wondering what became of her. The story “Unsound,” and the novel-in-stories as a whole that it appears in, is my imagined answer.

Do you follow the same process when you write stories, or do they all come out in different ways?
I usually brainstorm on a piece of paper, then write a summary of scenes / pieces of dialogue on a note-taking program with no formatting or auto spellchecks. I never use Microsoft Word at the beginning—the formatting can look too much like the published page. The less my initial drafts look like published pages, the more freedom I have to experiment. I don’t even call them drafts at first, just “sketch 1”, “sketch 2”, etc. That’s how I fool myself into writing a story.

What’s the value of short stories, in your mind, over longer fiction?
The short story is a great platform for experimentation, for structure and voice especially. Rivka Galchen’s “Appreciation” is written as a tax report, yet it illuminates a complex mother-daughter relationship. I doubt that the structure could be sustained for an entire novel—and why should it be? Short and long fiction are simply different beasts.

The less my initial drafts look like published pages, the more freedom I have to experiment.

What was the first thing you did upon hearing about the National Magazine Award?
I called my older sister, Anna Pidgorna. She’s a composer and always an inspiration. She was the one who encouraged me to write fiction and is an early reader of my work, so she’s the first to hear all news, good and bad.

Issue 53 has been described by some as ‘geared towards women.’ What’s your response to people who say that?
In my late teens and early twenties, I mostly read books by men, about men, yet I never thought of them as “geared towards men.” Readers were/are taught to accept such narratives as universal. So when I hear McSweeney’s Issue 53 being described as “geared toward women,” I find myself bewildered. Yes, the issue is mostly powered by writers who identify as women, and most of the protagonists are women, but why should that mean that women are the target audience? Are women only interesting to other women? The notion also belittles men, assumes they lack imagination and empathy. I remember the sinking feeling I had when I read a tweet—unfortunately I can’t recall who wrote it—which transcribed a conversation between a mother and son at the library. When the son picked out a book, the mother said, “You wouldn’t like that one. It’s about a girl.”

What was the inception of your piece?
I started this piece after seeing a midnight movie at the Ken theater in San Diego (which is lovely and old). At 2 am, walking out, I passed the clean-up crew who were just sort of faking smiles at all of us. It made me think about the worst parts of their jobs. But the bigger inception, the backstory of it is that I’ve been sitting on all of this church stuff for years. There’s something really powerful and comforting about my memories of church, but also sometimes quite troubling. As a girl, particularly a teenaged one, I felt such a visceral longing. I would do anything to feel part of anything. Smash cut to me writing a story about cult panties and midnight movie clean-up crews.

What surprised you most about it?
What surprised me most about this piece is how universal or relatable this can feel. This seemed like the fringiest, weirdest story I could ever write, and it ended up being a story that people identify with more strongly than other more . . . normal stories I write.

What also surprised me about this story was the ways the other, peripheral characters required themselves to be more interesting. Especially with the other girls in the group, I think I had originally intended them to be more like silent, background reinforcers of the central characters and what I needed to be an undercurrent of spooky complacency. But as I wrote, I felt for them more and more, and at that point, it’s hard to just write them off. They still ended up as this central unified army of girlhood, for sure, but it wasn’t as easy to make them simple villains as I thought it would be.

How do you establish the voice of a new character?
I literally have to have the character talk (or not talk). The way they interact in relationship or in conversation really helps me build their voice. And once I have a sense of it, I can better develop what that character has on the line in the story as a whole, which in turn builds up their voice.

I ultimately write for myself, to make the types of stories that I would like to read.

Did you have a particular or desired audience in mind for this piece? For your writing generally?
I ultimately write for myself, to make the types of stories that I would like to read. I don’t think I’m an incredibly unique reader so I assume that’s probably an okay marketing strategy. I think what I’d love for this piece is that someone on the outside of these worlds—girls, church, cult—could read it and feel something.

What’s the value of short stories, in your mind, over longer fiction?
In short fiction, the act of packing character and story and richness into a smaller parcel of real estate is somewhere between science and art. A big part of what drives short fiction is what is left out, and how the story is sliced. I love that.

In the judges’ citation, they noted that these stories examine the “specific longing of girls”—in what ways do you think your piece does this, if any?
This story (aaaaand that cult) thrives on the ways girls bend themselves towards each other. A need to not just fit in, but to feel intimately and irrevocably part of something, specifically when that something is a community of other girls. I’m not just like you, but I’m a component of this same thing, together with you. It’s intoxicating, to want connection. And in this case, and many cases, the longing built the thing that trapped them. 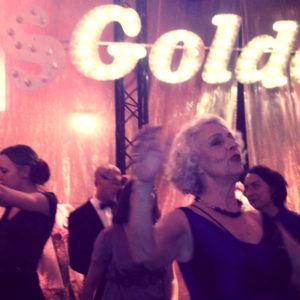 In the heart of Amsterdam, a large red brick neo-Renaissance building dating from the late 19th century towers over one side...
© LitHub
Back to top