A Brief History of Religious Toleration

Gay Marriage, Kim Davis and the Birth of the Secular Mind

With this summer’s  Supreme Court decision on gay marriage, the liberal notion of toleration seemed to win the day. However, toleration quickly was invoked by county clerk Kim Davis and conservative opponents of this decision, who demanded protection for their religious practices. Pundits and legal writers jumped in to consider this seemingly elastic idea, but critical aspects of its rationale and import remained obscure.

Toleration was central to the emergence of Western modernity and its changing views of human inner life. During the 17th century, the erosion of feudal authority grew in part from the recognition that, after decades of warfare between various Christian sects, no end to the bloodshed was in sight. Righteous souls from one denomination faced off against righteous souls from another, and in the end only death emerged victorious. When a young doctor from Oxford traveled to London in 1656, he encountered fiery “I heard it from God” prophets and religious dissidents, all of whom, he feared, might incite war against those they believed to be forever damned. A stunned John Locke wrote his father to let him know that the city had gone mad. In a land where so many claimed direct authority from God, how could a country maintain liberty and peace? The problem haunted Locke. Decades later he proposed a solution, strangely enough through a foundational work of Western psychology.

An Essay Concerning Human Understanding sought to transform the site of human knowledge from the immortal soul to the quite mortal mind. In so doing, Locke hoped to undermine warring claims of revealed truth, and shift debate from enthusiasts and their prophetic commandments to the quite fallible powers of the mind and brain. This turn from spiritual certainty to contingent knowledge, from the realm of soul to that of mind, Locke believed, was critical to the establishment of a more stable and just political order.

When Dr. Locke returned to London as a hero of the Glorious Revolution, he made the political implications of his philosophy clear. In A Letter Concerning Toleration, Locke insisted that since human understanding was imperfect and limited, deviant religious beliefs, if they did not threaten the state, must be legally protected. As a pious Calvinist, Locke stretched himself to allow for a range of Christian dissenters, though he could not imagine granting acceptance to a great many, including atheists and Jews. However, others would follow Locke’s principles not his conclusions, aware that such exceptions were mere prejudice, Locke’s own mind demonstrating its fallibility.

Over the next half-century, Locke’s followers developed theories of what the Englishman called “consciousness” and the “self.” The mental world, they believed, was necessarily blinkered and parochial; it was formed by its experiences and environment. To counter these subjective biases, their brand of liberalism demanded that in the public arena, a citizen tolerate other minds, other beliefs. Over time, individuals raised on such toleration might themselves become more plural, filled with a kind of double-consciousness in which their own orthodoxies co-existed alongside others. In this way, as the radically empathic American poet Walt Whitman once proclaimed, each of us might contain multitudes.

Of course, even the most radical 18th-century philosophe conceded that toleration had its limits. A religious sect that sought to eat its babies would be intolerable, Locke himself acknowledged. Beliefs that harmed others or posed threats to the state, many agreed, were beyond the line. While this boundary often has been a source of contention, it seems exceedingly difficult to find a non-religious framework in which gay couples who marry cross over into the land of baby-eaters. Conversely, by refusing to license marriages, Kim Davis did not just practice her faith. As an elected official, she demanded that the government adopt her view of sin, her absolute Truth, to the detriments of others and in defiance of the Supreme Court. She didn’t want to be tolerated, to hand the job to someone else and conscientiously object, but rather to use her power to draw her own lines for what was acceptable. That is the opposite of toleration.

America, with its original sins of Native American slaughter and African slavery and its soaring ideals of equality and freedom, has been the world’s most striking experiment in toleration to date. And so, when Chief Justice Roberts in his dissent to Obergefell v. Hodges asked who did we think we were, allowing what has never been tolerated before, we might consider history and reply. We are the 21st-century descendants of John Locke, whose philosophy of toleration deeply informed not just our Constitution, but also our views of inner life. Following his principles, we have taken another step towards being less parochial, more expansive, more filled in consciousness with once strange others, who now have become no more unacceptable than our own quite fallible selves.

George Makari’s Soul Machine: The Invention of the Modern Mind is out now from W. W. Norton.

George Makari is a historian, psychiatrist, and psychoanalyst. He serves as Director of the Institute for the History of Psychiatry and their Oskar Diethelm Library at Weill Cornell Medical College. His first book was Revolution In Mind: The Creation of Psychoanalysis. 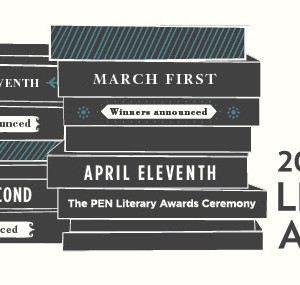 PEN is excited to introduce the 2016 Literary Awards judges—a group of some of the most distinguished writers, translators,...
© LitHub
Back to top
Loading Comments...