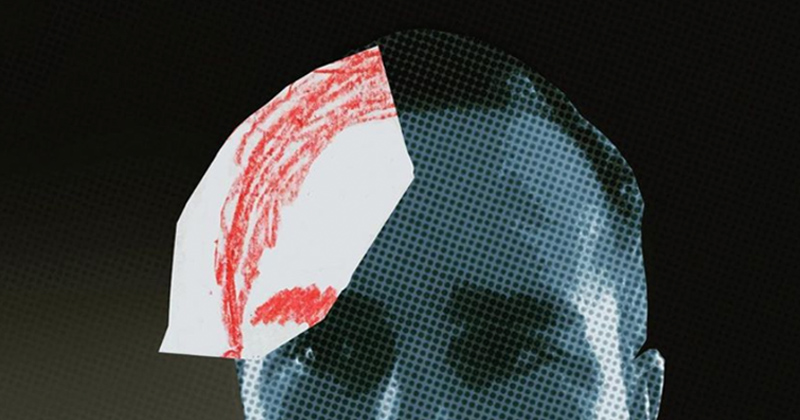 These days, everything feels a little bit bleaker than usual. But one thing that genuinely made me smile as I was panic scrolling last week? The clever designs of Read Books, Serve Looks, otherwise known as Thom Stead (Instagram bio: “quarantined gay serving book inspired looks”), who recreates his favorite book covers from self isolation, using whatever he has around the apartment. If you like books—and book covers—and you’re not following him, you should. In the meantime, I reached out to Thom to find out a little bit more about the project. Here’s what he told me.

How did you get the idea for this project?

Quarantine had just begun, and a friend and I decided to start an instagram challenge where we posted pictures of ourselves in monochrome outfits. I have a pretty decent collection of books, so I started using them as part of my outfits. One of the photos I took was of me in an all-red outfit reading Alexander Chee’s How to Write An Autobiographical Novel. I tagged Alexander in the photo, and he commented and shared the picture within a minute. I’m a huge fan of his—I think of him as my literary gay fairy godfather—so it felt really special to get his appreciation. At that point I had run out of monochrome outfits, so I just pivoted toward doing book-inspired photos. My friends were really encouraging and suggested I start a separate account, so I did. And it just kinda took off from there.

Do you have a background in photography or art? Related: what do you do in your real life?

Yes. My dad is a painter and art professor, and I spent a lot of my childhood running around the painting and ceramics studios at his university.

I took a bunch of photography courses in college and almost majored in it. Ironically my dad talked me out of it. Since then I’ve mostly dabbled; this is the first time in a while that I’ve really committed to making art.

Professionally, I work as a transportation planner and urban designer. I design bike lanes and transit facilities and help public transit work more efficiently and equitably. I do a lot of graphics work for my job, so my drawing and photoshop skills have stayed fairly sharp.

Which cover has been the hardest to recreate so far?

The Me Talk Pretty One Day picture was kind of a nightmare. I don’t own any wigs, so I made my own by cutting the brim off a hat, stapling gym towels to the sides, and then hot gluing 500 cotton balls all over. The wig took 3 hours to make and immediately started falling apart as soon as I started to take pictures. Along with this very heavy and hot wig, I was wrapped in a wool blanket and had a scented trash bag tied around my neck as an ascot. I made it through about 10 minutes of taking photos before I started overheating. The photos initially looked pretty bad, but when I started photoshopping them, I let go of the need to keep the photo realistic and allowed it to be more painting-like. I didn’t exactly nail the look of the cover, but I think I captured its essence.

#metalkprettyoneday by @davidsedarisbooks was one of the first books I read by a gay author as a teen. “Go Carolina” the story of seeing the elementary school speech therapist and “Twelve Moments in the Life of the Artist” where David takes lots of meth and tries to become a performance artist are permanently burned into my brain. David’s stories were obviously very funny, but also helped dispel the notion that a successful or fulfilling life is one that is straight (in both senses) and linear. His stories about his life with Hugh gave me hope that one day I would find my own Hugh (I did). His accounts of failure have been fodder for his most brilliant recollections and taught me to find humor and light in my own failings- including the disastrous wig I made for this photo. So from the bottom of my heart, thank you David. #bookstagram #booklook #davidsedaris @littlebrown #bookart #coverrecreation #coverart #covidartchallenge #recreatedphoto #wigs #booklover #covidart @upworthy #bookstagramfeature #bookstagrammer

What about the most fun?

The most fun was the Nobody Is Ever Missing shot in the bathtub. I had been staring at the book for a while trying to figure out how to take an underwater shot in my house. I ended up putting my phone inside a ziploc bag and duct taping it to the side of the tub. The touchscreen works through ziplocs, so I set a self timer and plunged repeatedly into the water until I got some photos that looked right. I got a lot of water up my nose, but it was worth it.

In general it’s been really fun figuring out ways to make something beautiful (or weird or funny) using the stuff in my house. Every photo is a puzzle.

Which covers do you have on your list to recreate (if that’s not telling)?

I want to do Elena Ferrante’s Neapolitan novels. I think they are the best books with the worst covers, but there’s something really appealing about that to me. It almost feels like Ferrante is daring you to be seen reading them in public. When a book has a really beautiful cover I’m sometimes scared that I might not do it justice, but when it’s really tacky I feel like I have the space to be as campy and weird as I want—I kinda thrive in that space.

Dept. of Speculation by Jenny Offill is not a book that easily lends itself to my project, but I love it so much that I’m determined to figure something out.

The most requested book (by far) has been The Dutch House by Ann Patchett. Patchett fans are rabid! If anyone wants to loan me that beautiful red coat I’ll do it in a heartbeat!

What are you reading right now?

I’m alternating between Black Leopard Red Wolf by Marlon James, Homesick for Another World by Ottessa Moshfegh, and Sing to It by Amy Hempel.

What’s your favorite book cover of all time?

Just Kids by Patti Smith. The photo perfectly conveys the energy of the book.

I just want to thank my wonderful boyfriend Daniel for being my photo assistant, extra, editor, and quarantine partner in life.