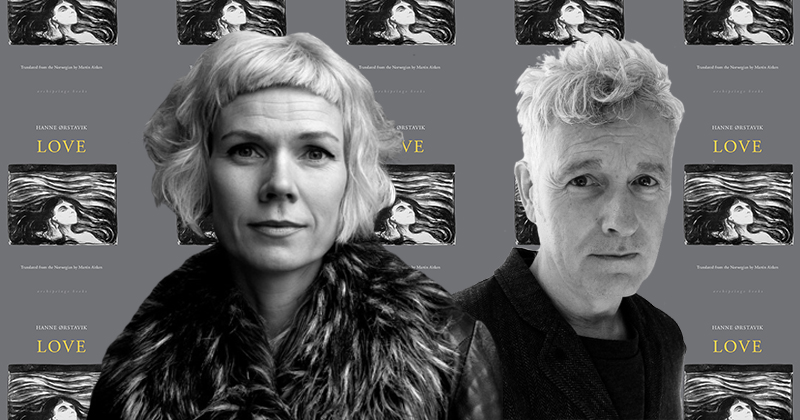 The Author and Translator of Love on Bowie, New Order, and Pipilotti Rist

Hanne Ørstavik’s Love, translated by Martin Aitken (Archipelago Books), the story of a mother and son who have just relocated to a remote village in Norway, is a finalist for the 2018 National Book Award in Translated Literature. Literary Hub asked Ørstavik and Aitken a few questions about their work, their lives, and the books they love.

Myself and my brothers, when we were kids.

I just don’t think of times not writing being a block, it’s part of the process, then I know I just have to listen, and wait.

Marguerite Duras: Emily L., Astrid Lindgren: Mio, my Son, Wiliam Faulkner: As I Lay Dying, the Bible and a series of small Jungian books about dreams.

The artwork of the Swiss artist Pipilotti Rist. She is so different from me, playful where I’m heavy. She’s full of beauty and joy.

Don’t think, write what you have to say. The words of the Norwegian poet Eldrid Lunden, professor at the literary writing school I went to 25 years ago.

Among those I’ve enjoyed most are novels by Dag Solstad, Christian Kracht (Daniel Bowles’ excellent English renderings), and Helle Helle, as well as Karl Ove Knausgaard’s Seasons quartet, now also out in Ingvild Burkey’s sensitive English. Knausgaard’s debut novel from 1998, which I’m currently translating and thereby re-reading, would be high up on any such list. If I had to pick one, I’d probably say Dag Solstad’s Genanse og verdighed (published in English as Shyness and Dignity, translated by Sverre Lyngstad). If there’s ever a Nobel prize again, he should surely get it.

5 or 6 concentrated hours between 8.30 and 15.00, then perhaps other related stuff (like this). Short deadlines have often meant I’ve done more, but that’s about as much as I can manage before fatigue sets in. I’ve never been one for burning the midnight oil if I can avoid it.

Something you can look at, listen to, and hold in your hands: an LP record. New Order’s Movement, perhaps, or Bowie’s extraordinary ★ (Blackstar), though The Fall’s 1980 single How I Wrote Elastic Man may yet turn out to be the highlight of my life.

What has your experience translating this book been like?

Hanne’s deceptively uncomplicated prose is an exacting task for any translator. Everything’s below the surface. There’s a lightness of touch to her sentences, and a movingly human insight that makes the writing as luminous as the snow of northern Norway where the book is set. The more sparing the prose, the more difficult it often is to render. But in two literally feverish weeks at a writers’ retreat in a former monastery on Italy’s Amalfi coast, I produced what was basically the finished book.

Richard Brautigan’s poetic short fictions in Revenge of the Lawn. I read it in my late teens and still have the same paperback edition, the pages are nearly dust now. 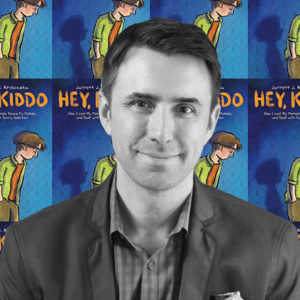