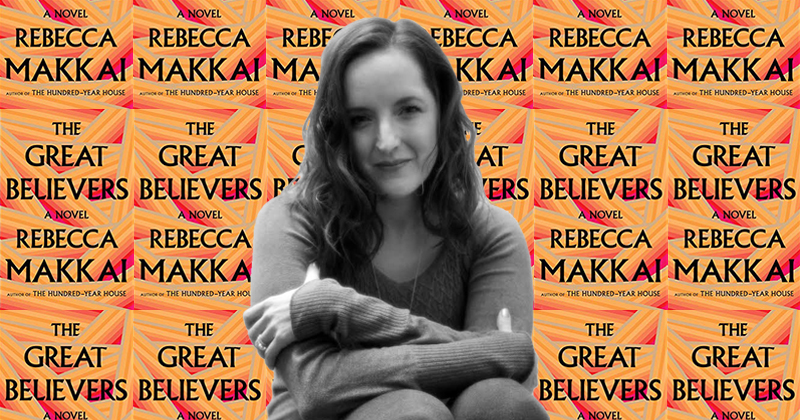 The Author of The Great Believers on Immersing Herself in Nonfiction

Rebecca Makkai’s The Great Believers, which Michael Cunningham described as “among the first novels to chronicle the AIDS epidemic from its initial outbreak to the present—among the first, that is, to convey the terrors and tragedies of the epidemic’s early years as well as its course and its repercussions over the decades,” is a finalist for the 2018 National Book Award in Fiction. Literary Hub asked Makkai a few questions about her book and her writing life.

I’m gonna start off super dark here, but: People who voted for Reagan in the 80s and didn’t realize that in doing so, they were aiding a genocide. Also, sure, the Obamas.

I’ll cheat and give you two, one nonfiction and one fiction. The nonfiction is Kim Brooks’ Small Animals: Parenthood in the Age of Fear. It’s brilliant and funny and important, and I want to make everyone read it. The fiction is The Caregiver, the last novel by the late Samuel Park. It’s beautiful and crushing and life-affirming and everything you want a novel to be.

My minor characters. I love them a lot, and after living alone with them for so long, I really enjoy gossiping about them.

A lot of friends were watching the announcement in real time and texting me. I watched it on a log at the Lake Michigan beach because I thought that would be less stressful, but I hadn’t really processed that this would mean I had a half-hour walk back to my car afterward, before I could recharge my dying phone and call my agent. On my walk back I passed the same coffee shop where I’d bought my morning coffee, and there were two women there whose kids go to school with mine. I told them, and they were satisfyingly excited.

Whenever I can. Usually while my kids are in school. If I happen to have the entire day, which only ever happens at an artists’ residency, I do my best writing at night, after a glass or two of wine at dinner. At home, I’m too drained to write at night.

I don’t believe in it. Either I’m being lazy, or there’s a structural problem with the book, one I need to fix before I can proceed. And if I’m completely stuck I just work on another project.

I could read The Great Gatsby infinite times. I wish it were something cooler and more obscure and more culturally relevant, but it’s a perfect, beautiful book, and I’ll never get tired of it. It changes as you get older. Separate from that, I have a lot of short stories that I’ll never tire of teaching and reexamining. “The Appropriation of Cultures” by Percival Everett never lets me down.

I go completely blank on this kind of question. You want me to pick one thing out of the entirety of human culture, other than books? Gahhhh! Let’s say Blood on the Tracks.

I teach a lot of creative writing (wildly original!) and I’m the Artistic Director at StoryStudio Chicago. The problem is I really love that job and the people I work with, which makes it harder to ignore emails when I’m supposed to be working. When I’m deep into a project, I have to set aside certain times each day for email, so it doesn’t become an endless game of inbox Whack-A-Mole.

This isn’t writing advice so much as career advice, but in 2005 at Bread Loaf, the poet Edward Hirsch gave a talk in which he said, basically, “You’ll never feel like you’ve arrived. The day you win the Pulitzer is great, but the next day you’re looking around, comparing yourself to everyone else who’s won a Pulitzer.” He probably said it more eloquently than that. I was very young, with one or two stories out. He saved me a lot of anguish, because my God, it’s true. You can’t be doing this for some kind of validation.

What depictions of the AIDS crisis/era in fiction did you read in your research and would you recommend for those interested in delving further?

I actually avoided fictional interpretations of the AIDS crisis as I researched. I was immersed in nonfiction, and in first-person accounts and primary sources and (especially) in-person interviews. If I was reading nonfiction and came across a compelling detail, it was mine to use. If I’d been reading fiction and come across a compelling detail . . . well, that would be plagiarism. That said, I’ve of course absorbed fictional accounts of AIDS in the past, and have some favorites. Angels in America has been a huge influence on (all) my writing in many ways. Rabih Allameddine’s The Angel of History is a wonderful novel, one I recommend to everyone. The story collection Monopolies of Loss, by Adam Mars-Jones, has some AIDS stories, and one in particular (“The Changes of Those Terrible Years”) that planted some seeds for The Great Believers way back.

As I researched, I was constantly writing down titles of books and movies people were recommending—ones I needed to wait to pick up. Chief among them was John Boyne’s The Heart’s Invisible Furies, which I just finally bought this week and can’t wait to start.

One fictional account that I did use for research was the 1985 made-for-television movie An Early Frost, starring Aidan Quinn. It was the first movie made about AIDS for a general audience (a couple of independent films preceded it) and it’s a fascinating artifact. It was very much made for the parents and families of gay men, rather than for the gay community itself. I think Aidan Quinn and his lover touch each other about once, on the shoulder. But for what it was, for the constraints they were working under, it was well done and well-acted. I originally had a whole scene built around my characters watching the movie, but I had to cut it. 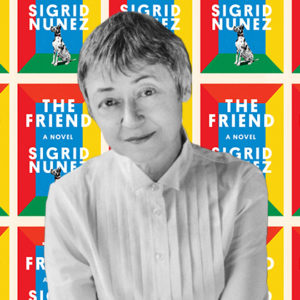