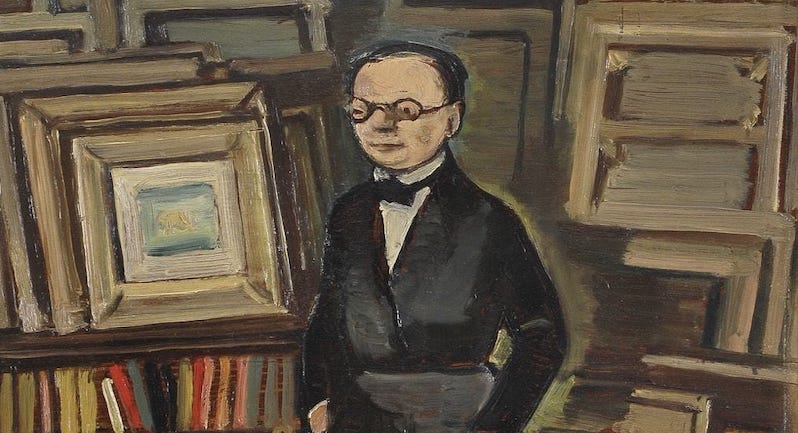 The gallery was a makeshift, homely little place. In her small, modest quarters above the shop, Berthe Weill cooked for herself and used her bedroom to store works of art that she could not fit below. In the beginning, Weill displayed her Daumier and Lautrec prints pegged like laundry on clotheslines. This was as much a financial necessity as a “feminine touch.” Then Pedro Mañach, a Catalan émigré whose father was a wealthy lock manufacturer, taught her how to exhibit modern art, especially Spanish art. He helped decorate Weill’s gallery with fabric and even installed locks for her.

Berthe Weill was a small, plain woman, who moved like a mole until something excited her. Then the molehill erupted into a volcano. She wore spectacles that were as thick as goldfish bowls, but they did not prevent her from spotting, and reeling in, the finest artistic catches in the Seine basin.

Berthe Weill’s meek demeanor belied a courageous, combative streak that was the product of her situation if not her nature. “To struggle! To defend oneself! That is the story of my life,” she wrote in her memoirs. She had more than enough reasons to take such a tack. She was a woman—and a Jewish woman at that—in an art world ruled by men. She had to overcome the derision of the rue Lafitte dealers who did not want to take a woman seriously. She had to overcome the disapproval of her family, who would have preferred that she followed the conventional path of marriage rather than stake everything on a career. She had to overcome the indifference or hostility to the avant-garde art she loved and championed. And she had to overcome the perpetual lack of funds that made it so difficult to provide her artists with the support she wanted to give them and that they desperately needed.

Berthe Weill was born in Paris on November 20, 1865. She was the fifth of seven children and the elder of the two daughters born to Solomon Weill and his wife Jenny (née Levy). At the time of her birth, Berthe’s father listed his occupation as négociant, a rather vague term denoting a trader or merchant of sorts. After arriving in Paris, he and one of his brothers made their living selling textile debris and then moved into buying and selling textiles. One thing was certain, however.

The family Weill had modest means and was in no position to offer their sons, let alone their daughters, the opportunities afforded to those who grew up in prosperous bourgeois households. Jenny Weil had a passion for theater and enjoyed spending afternoons at La Comédie Française but evidently did little to further her children’s education. The need for additional family revenue and greater economic security led Berthe’s parents to apprentice her and her sister during their teens.

She was a woman—and a Jewish woman at that—in an art world ruled by men.

As a result, Berthe Weill entered the art market as Jews had to enter many occupations: through the back door. Sometime in the 1880s, she began working for Salvador Meyer, an antiquaire, whose premises were located on rue Lafitte. Her long stint there enabled her to train her eye and to learn firsthand about a variety of objects ranging from bric-a-brac that was rarely suitable for the finest town houses or châteaux to genuine antiques. In 1897, after many years with Meyer, Weill opened her own antiques shop in conjunction with her brother Marcellin. The enterprise soon faltered in large part because of the siblings’ lack of commercial skill and they parted ways. Berthe Well’s new direction owed much to her time at Meyers, which allowed her to get to know daring young artists and collectors who were interested in new forms of aesthetic expression. Among those who introduced her to modern art was an important art critic, Claude-Roger Marx, who took an interest in her and probably influenced her decision to open a gallery that specialized in avant-garde artists.

The most innovative and daunting art dealer in Montmartre was Ambroise Vollard. He was a giant of a man, growling one minute and generous the next; his gruff manner concealed a shy, reserved nature. In his cubist portrait of Vollard (1909–10), Picasso played up his commanding, fierce, and stubborn qualities by giving him the bull-like head of a man who had to be reckoned with. Vollard had been born in 1866, and he grew up in La Réunion, a French colony in the Indian Ocean. He had come to Paris at his father’s behest to study law in 1887 but soon tired of his studies. He fell in love with modern art and decided to try his hand at dealing. In 1895, at a time that no one was buying Cézanne, Vollard helped himself to about 150 of his paintings—almost his entire oeuvre to date. This risky move so depleted his war chest that Vollard barely had enough money to frame the paintings. No matter: the solo exhibit of Cézanne (the first of its kind) he mounted helped make both the painter’s and the dealer’s names. Vollard followed up with exhibits of van Gogh and then Gauguin.

Vollard was an obsessive collector who speculated on paintings for love and money. He was famously reticent to let go of prized works both because he was banking on their future value and because it was hard for him to part with them. He located his gallery on rue Lafitte, where his neighbors at one time included the Bernheims and the Natansons. It was an ideal location because of its proximity to the artists’ colonies of Montmartre. He moved his gallery from one location to another on the “street for artists,” starting out in a small, dark, and gloomy shop but ending up in more comfortable surroundings. While stockpiling postimpressionist paintings, he turned the Galerie Ambroise Vollard into a haven for avant-garde painters, writers, and critics. On Friday nights, he regularly held dinners at a large dining table in the gallery’s cavernous basement.

Weill knew that her gallery was likely to fare better if collectors did not know initially that it was owned and operated by a female.

None of this carried any weight with Weill, who loathed him (and most probably envied his success). In fact, she portrayed him so vituperatively in her autobiography that she took the precaution of disguising him under a pseudonym. Weill could not abide how Vollard did business—at least with her. He once beat her down to a rock bottom price on a picture by the symbolist Odilon Redon. Then Vollard advised Redon not to sell to Weill any more of his work—because her prices were too low.

Regardless, Weill had at least one reason to thank Vollard. His refusal to give certain painters the contracts they craved gave her an opening that otherwise would have eluded her. In December 1901, just after her 36th birthday, she opened a gallery dedicated solely to modern art. Mademoiselle Weill never married, as her mother had hoped she would, and decided to use her modest dowry, some 4,000 francs, to fund her aesthetic passions. The name she chose for the new venture, Galerie B. Weill, was both obvious and telling. Abbreviating her first name entailed a reluctant bow to social convention and male prejudice: Weill was nothing if not an independent woman who knew her own mind. Even so, she knew, too, that her gallery was likely to fare better if collectors did not know initially that it was owned and operated by a female. Even so, this would not have qualified as the strangest thing going on in the rough-and-tumble world of Montmartre. 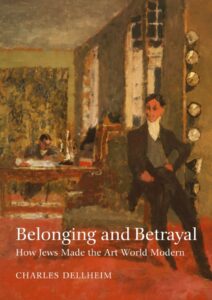 From Belonging and Betrayal: How Jews Made the Art World Modern by Charles Dellheim (September 2021). Reprinted courtesy of Brandeis University Press.

Charles Dellheim is professor of history at Boston University. He is the author of The Face of the Past: The Preservation of the Medieval Inheritance in Victorian England and The Disenchanted Isle: Mrs. Thatcher’s Capitalist Revolution. 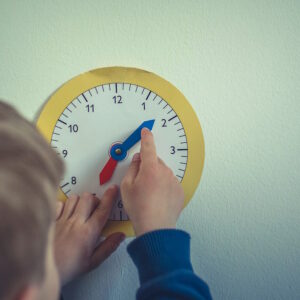 Sometimes, when I’m drifting in that murky twilight space between consciousness and sleep, a scene plays out before my eyes....
© LitHub
Back to top
Loading Comments...