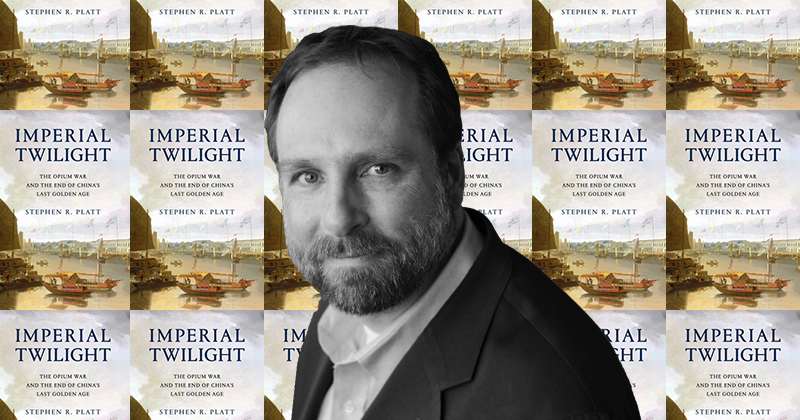 The Author of Imperial Twilight on the Importance of Nonfiction

Stephen R. Platt’s Imperial Twilight: The Opium War and the End of China’s Last Golden Age, which looks back at China’s 19th-century ascendancy and how it came to an end, is a finalist for the Baillie Gifford Prize. Lit Hub asked Platt a few questions about his writing habits, his life, and making it into the shortlist.

In this age of attacks on so-called “fake news” I think nonfiction—that is, works based on truth—has never been more crucial. History does not determine our future, but people often turn to it for guidance as to what is right or necessary or inevitable. In that sense, as a historian I am especially concerned by the ways in which the past can be manipulated and twisted to justify policies and behaviors in the present day, giving them the weight of inevitability. In the hands of a nationalist, the past can be a weapon. But a work of history that is deeply researched, thoughtfully argued, and written without a present-day agenda can cut through those manipulations and recapture the complexities of the past that have been forgotten or discarded along the way. It is deeply humbling to engage with the world of another person living in another time, perhaps in a very different culture than your own, and to realize that you are no more enlightened, no more able to see what is coming in your future, than they were. The best historical writing can give us sympathy for others different from ourselves, and give us a distant vantage-point from which to look back at our own moment with greater clarity and objectivity. Whether that in itself brings about social change is in the hands of the reader.

My wife, Francie. Which was technically a violation of the rules because I was supposed to keep it a secret until the formal announcement. But I figured I could get away with telling her.

Absolutely. In fact, if I’m reading for pleasure I’d almost always prefer to read fiction. Since I work in nonfiction, reading it activates the work-related parts of my brain—I’m attentive in ways that take more energy, constantly trying to figure out how the author does what she or he does, how they use their sources, how they craft their material into a narrative. I’m always dissecting and seeing what I can learn from it—which is fine and well, but it’s nothing like the immersive experience of reading a good novel, losing yourself in the prose, feeling completely transported.

As far as who I read, I generally try to mix things up between literary fiction and page-turners (of course, some books can be both). Most recently I’ve been on an Elizabeth Strout binge and wondering how it took me so long to realize what an exquisite writer she is (my wife, a longtime fan of hers, wonders that as well). I’ve also come late to John le Carré but am making up for lost time.

Anything is Possible, Elizabeth Strout. I got to the end without realizing it—it was one of those book-group editions where the last section is given over to questions and topics for discussion and whatnot, so I thought I had more to go, and suddenly turn the page and the novel itself is over. I’m still sore about that.

The craft of writing. As a historian, I am generally interviewed about the subject matter of history—what happened and why, what we can learn from the past, and so on. But history is also an art, and I love talking about how to write it. If I had any talent for imagining characters and plots I would probably have tried to be a novelist. But I don’t, so I like being a historian because there’s no need to make anything up. In some ways, I couldn’t agree more with the motto of the Baillie Gifford prize, that the best stories are true. It’s all in how you tell them.

It wasn’t intended as advice about writing, but it came from my first employer. I was fifteen and had just started working as a dishwasher at a café that specialized in soups made from scratch. One night I found myself down in the basement where the kitchen and dishwashing areas were, facing a simply terrifying mountain of dirty dishes and pots. They must have made a month’s worth of soup that day and there were stock pots and pans piled to the ceiling, along with towering stacks of dirty dishes and bins of used silverware from the cafe. My boss popped down to see how I was doing and he saw the look of horror on my face. He told me: just wash one dish. That’s all you need to do. Then when you’re done with that, put it aside and wash another dish. Then another. Keep doing that, and before you know it the whole kitchen will be clean.

Anyhow, I think of that whenever I’m deep into working on a book and the reams of sources and scribbled notes and sketches all seem like a mountain that’s about to collapse on top of me. You just focus on writing one section of a chapter properly, just a couple of pages, based on a few sources, something manageable. You get that the way you want it, then you move on and work on another little section. You keep on doing that, with your nose to the ground, and at some point you’ll step back and realize you’ve just finished your book. 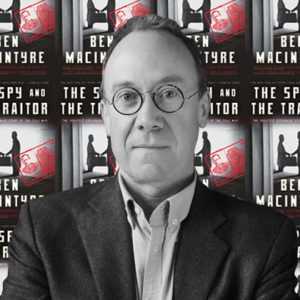