These new poems by Stephen (sometimes Stephanie) Burt explore, in the author’s own words, coming of age as it might have happened for his female alter-ego. Burt, who is one of our premiere and most acclaimed literary critics, especially of poetry, has also become a poet whose genderfluidity allows for astonishing discoveries for writer and reader. The eponymous ‘Stephanie’ is of course so much more than just a poetic personae, but she is also that. Her poems explore the embodiment of gender as written across language, its telling phrases and subtle repetitions, but also a shapeshifting generosity of imagination. In Mean Girls, Baudelaire comes head to head with “slutty loop earrings” with more than a winking nod to Tina Fey’s now cult-classic screenplay. The tension of Burt’s voice as revelation/concealment, the unique way in which poetry is tied to a plurality of real and imagined bodies, are exactly what these poems speak to: “I can’t figure out if I want / to conceal myself, or display myself, or display myself as somebody else, or both.” The familiar and baffling way in which this syntax is so wonderfully queer to me is not just in its explosion of binary thinking nor just for its embrace of dizzying, matter-of-fact complexities, but in the precise sense in which all/none of these phrases suffice. Or both? Or both.

If elbow then other elbow, wrist and knees.
(I am all elbows, and all knees.)
If raised eyebrow, then newly-lacquered eyelash. If eyelash, then question mark.
(I have had trouble with stray marks.)
If Magic Marker, then brother on furniture,
a scratchy upholstered chair in the shape of a Z,
failing to make up lost sleep.
If sleep, then wake. If less sleep, early wake;
if early loud waking, then brother again, who calls
you sister or bother, or brotherly mother, or other.
If you don’t know then don’t say so.
If nobody says so, & nobody draws
a flattering picture of you for you,
then sit down and wait forever in the continuous
verbal present, where what was true
must analytically always have been true.
If aloof then how do you do. If devoted, then clingy,
and therefore then ignored. If apology, tears,
then run back to bed and pull quilt over head. If quilt,
then sleep again. If no sleep, then tell time.
If alone for long, then headache. If headache, then cried,
so be alone for longer. If hiding
feels hollow—if you feel like paper scraped clean,
the way you read monks used to do, for epigraphy
(a mythological word that feels brand-new),
then you are not like you; you are ancient parchment,
scratched on the unseen side. If true, then hide.

In twos and threes on bedspreads the color of sand

Anywhere in suburban America they turn

Their parallel painted toes to the horizon

Finding a target almost without knowing it Hand

On hand together as on a hand-drawn

Ouija board they select

A number to dial a name to call and deflect

The reputation that would land on them

Some of them used to walk through the last wild stand

Of maples behind the cul-de-sac snapping the saplings

Calling each other crybabies they mock experience

And mock my lack of experience

Their net composed of telephone cords

Night after night brings up ghosts

Lantern fish and anglerfish with their intense

Lures are not more fit

For such secretive nights such high-pressure environments

Such canticles of devotion to amoral gods

Some of them open the liquor cabinet

In an otherwise empty household and discover

The pleasure of Limoncello and headachy sleep

Some of them mock you for paying

Too much for a sparkly tunic or for looking cheap

They say your black bracelets and grave

But it was not a rave You are too good

An accessory kiss-off show-off You disgust

Our modesty You have nothing to show They place air quotes

Around your life so you learn not to trust

Yourself any more than they trust

One another because you still crave

Of hypocrisy penlites and brave

Cursive in sealed envelopes You understand

How some of us you reject will never forget you

We will grow up to study your mistakes

As means of navigation You wanted to keep

Us from becoming like you but we will not let you

TOO LATE AT NIGHT STEPHANIE

Nothing to wear, says the morning snow, so

it takes the distinctions from nearly everything,

like the bagpipe drone in the 7th grade talent show,

so overwhelming it made

us ask why you would want to,

until we figured it out: the obliteration,

the cancelling-everything-else, is part of the point—

in some successful future life, until

nothing fits over me

today & nothing I own

will ever fit me again;

I can’t figure out if I want

myself as somebody else, or

both; air sculpts its own

that younger me repeatedly

momentarily after each storm, & by the time

they finish & go back to bed we know spring,

when it rushes up with all its stupid

colors again, will disappoint us too.

Some of these poems first appeared in the chapbook All-Season Stephanie, published last year by Rain Taxi’s OHM Editions.

Stephen (also Stephanie) Burt is Professor of English at Harvard and the author of several books of poetry and literary criticism, among them Belmont (2013), The Art of the Sonnet, with David Mikics (2010), and the new chapbook All-Season Stephanie.
Share:

How Writers Will Steal Your Life and Use it For Fiction 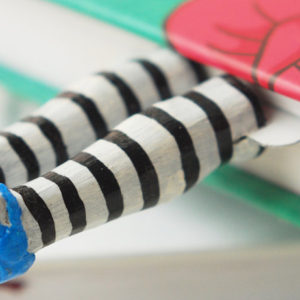 How Writers Will Steal Your Life and Use it For Fiction Plagiarism in many instances should be shunned and punished; at the same time, it has been at the heart of cultural life...
© LitHub
Back to top