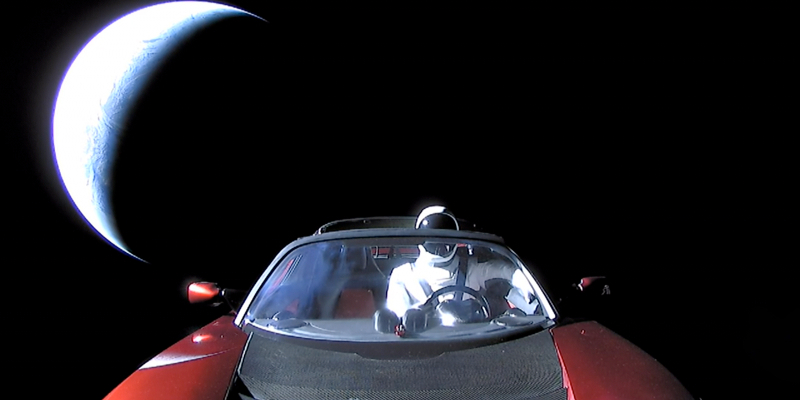 Maybe We Shouldn’t Let Startups Have Free
Rein Over Space

In this episode, Lisa Ruth Rand talks about the Starlink satellite program and potential implications. She also talks about Project West Ford, which attempted to create an artificial ionosphere in 1961 by launching millions of copper needles into orbit.

Michael Robinson: One of the things that’s clear from your work, both on Project West Ford and on the reentry of Kosmos 954, are these kind of unintended consequences. People think they know what they’re doing, and then these other things roll out of it. I know you’re a historian and your job is not to prognosticate about the future, but coming back to Starlink, do you see any potential unintended consequences, or things that might be coming down the road that we’re not even thinking about, relative to this massive constellation of low Earth orbit satellites?

Lisa Ruth Rand: Well, I think it’s important to look back at West Ford and emphasize again that astronomers were mostly concerned about what would happen if the West Ford model became the norm and that multiple West Ford type systems would be in orbit. Starlink is only one of several broadband internet satellite systems—it’s the only one I believe that’s currently launched in this particular model. But Jeff Bezos wants to launch one. There’s a startup called Swarm that has been testing versions of these really tiny micro-satellites they call SpaceBees that’s meant to provide similar kinds of information. So, this is just the tip of the iceberg. This is just the beginning of a potential deployment of thousands of these kinds of satellites in their own constellations that could create a network of really shiny human-made objects crisscrossing the night sky.

Astronomers are concerned for the same reasons they were concerned about West Ford, except one of the big differences right now, and this is something I go over in in the op-ed in Scientific American, is that at the time when West Ford became a controversy, it was part of a publicly funded space program. It was launched by the Air Force, but it was something that was funded with taxpayer dollars directly. And once it became public, the MIT Lincoln Laboratory solicited advice from astronomers; they actually made changes to the program in order to help assuage their concerns. They worked with astronomers and made changes that a lot of astronomers felt enabled them to feel like this was a project that, at least in its test version, would be safe enough to use.

We don’t have West Ford type systems up now. There’s a couple of different reasons for that, one of them being that the active satellite form became the dominant form of satellites. But what’s happening here is we have almost a West Ford type system, but with these large active satellites. And unlike with West Ford, they’re being launched by private companies that don’t have the same bureaucratic oversight that public space programs, public space initiatives, had and still have now.

I think a good example is the SpaceX mission, a couple of years ago when SpaceX launched that cherry red Tesla with the mannequin on board. That’s not something that a public space program would ever have done, because there would have been multiple steps and oversight stating that this might not go over well with the taxpayers who funded this. Maybe we should send something that serves a different purpose.

Michael Robinson: You make the point that these new space companies tend to look at bureaucracy as a dirty word, but that it does have a kind of function in this context.

Lisa Ruth Rand: I wouldn’t even say it’s just them. Bureaucracy, red tape, any number of the euphemisms for oversight that we have in our culture right now is potentially a downside to the high value on startup and entrepreneurship culture that we have in America and around the world. Startup culture is the sexy thing. I was reading about an entrepreneur who was working on a space debris remediation device—basically the active removal of space debris. And in this interview he talked about how, well, state space programs have all this red tape and bureaucracy, so they’re taking forever to address the problem. We don’t have that, so we can just go up and do it quickly, because we’re a startup and startups move quickly and faster and better.

And that, to me, raised a huge red flag. There’s no such thing as making something foolproof, especially in space. Something can always go wrong, and microgravity is very, very difficult to work in, whether you’re a human being or a robot. So, that really concerns me.

But also for the legal implications of what would happen if some startup went up and removed an artifact from orbit. And let’s say this startup went up and took down a piece of Soviet air debris. Well, Russia could consider that to be an act of aggression based on the extent treaties. So you have to be very, very careful about even the removal of debris. Even that can be a power play. And we really do not want to start a space war, in spite of what the current administration seems to think about the Space Force, et cetera.

Lisa Ruth Rand is the Haas Postdoctoral Fellow at the Science History Institute in Philadelphia. Her op-ed on Starlink and Project West Ford appeared in the July 8th, 2019, edition of Scientific American.

On Truth, Queerness, and Social Media: A Conversation with Jericho Brown 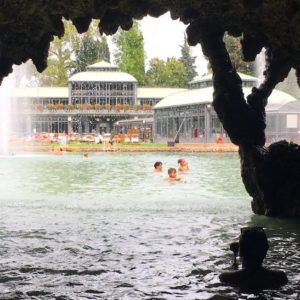