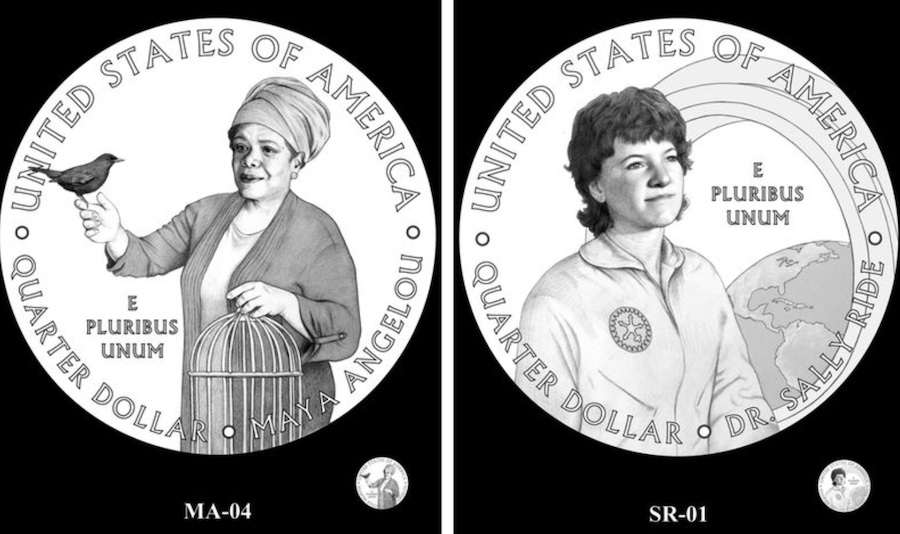 Maya Angelou among the first ever American women to appear on the US quarter.

It’s hard to believe (is it though?) that up until now no woman in American history has ever graced a quarter-dollar. Thankfully, that changes in 2022. Starting next January the US mint will be issuing two-bit coins pressed with the likeness of the great Maya Angelou, in a series that will also honor astronaut Sally Ride; the series, in the true soaring style of the Treasury Department, is inspirationally titled the “American Women Quarters Program.” In another unfortunate choice, the women will appear on the “reverse” side of the coin (aka tails) while an updated likeness of George Washington will remain on the “heads” side. The series, which came to pass thanks to a bill from California Congresswoman Barbara Lee, will feature upwards of 20 noteworthy women from American history, who will be chosen by Secretary of the Treasury Janet Yellen.