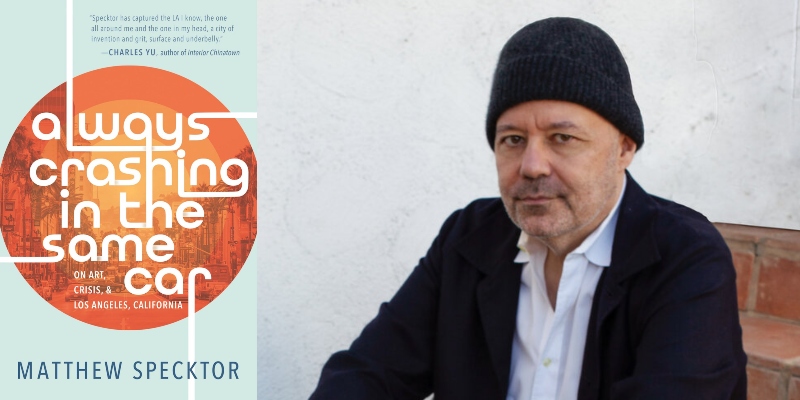 Matthew Specktor on the Cultural Memory of Los Angeles

Matthew Specktor grew up in Los Angeles, the son of a talent agent and screenwriter. One of his childhood heroes was the doomed writer F. Scott Fitzgerald, who arrived in Hollywood in the late 1930s to eke out a living as a screenwriter while he labored on what ended up being his fourth and final novel, The Love of the Last Tycoon. A few months shy of his 40th birthday, Specktor moved back to LA and into a crumbling building across the street from where Fitzgerald lived out his last years. Flailing professionally and reeling from his mother’s cancer diagnosis, he became unmoored. Instead of cracking up, as Fitz had done after the Roaring 20s ended and he struggled to complete his post-Gatsby masterpiece Tender is the Night, Specktor embarked on a journey of self-discovery, re-evaluating ideas of success and failure in general, but especially as they apply to Los Angeles, his hometown.

What followed is part cultural memoir, part cultural history, part portrait of a place, as the dust jacket declares in Always Crashing in the Same Car: On Art, Crisis & Los Angeles, California (Tin House Books, 2021). Specktor tells his own narrative alongside some known and lesser-known players of the New Hollywood era of his youth: you meet Carole Eastman, Eleanor Perry, Warren Zevon, Tuesday Weld, Hal Ashby, and Michael Cimino.

The result is a masterwork of genre-bending nonfiction, an unvarnished view of Tinseltown and its demons, but also its undeniable magic and charm. In the end, after much loss, optimism wins. And that is how we know we have a good book on our hands: When it helps us navigate through the “beautiful ruins that await us all.”

J.C. Gabel spoke with Specktor earlier this fall about his latest book and the creative process.

J.C. Gabel: Because of your vantage point and your family—your mother having been a screenwriter, father having founded one of these talent agencies—you have an unusual insider’s perspective but also that next-of-kin sharp eye and wit for the pitfalls of how this town can chew you up and spit you out.

Matthew Spektor: Yeah, and there’s another key piece to what you just remarked upon. My dad was, and still is, a very successful talent agent, and people have always said, “What’s it like being the son of this legendary agent?” or whatever. And my mom had a very abbreviated career as a writer. She wrote one movie; it wasn’t particularly good or memorable. I found myself thinking that there was a kind of generational thing among my mother’s peers where a lot of these people, like Polly Platt, Carole Eastman, and Toby Rafelson, all had these careers that were actually quite large and, in large part, hidden by the male figures that were being lionized in front of them. I wanted to delve into my mom’s narrative because, even though the movie that she wrote wasn’t very good, she was quite talented and probably could have had, under a different set of circumstances, a much more illustrious career herself.

JC: That male-dominated industry, it’s only recently begun to change in any meaningful way. What was so charming about the book was finding out about Carole Eastman and who she was. I had seen a bunch of work that she’d worked on, but because of the way the history goes with some of this stuff it might have been a footnote somewhere in a book that I read 20 years ago. You kind of blow these stories up which I love. Eleanor Perry, another one.

MS: One thing that surprised me is that my book has a noir quality in its opening. Then I realized that it kind of is a noir, in the sense that the book is about me unwinding the corruption of Los Angeles in myself, by which I mean the perverse ideals that Hollywood, and really not just Hollywood but late capitalism, confers on people and what we tend to call or look at as “success,” which is really something gross and generally not even desirable even though we’re all socialized to think it should be.

JC: Everything here is sunshine/noir, and that’s part of the charm of it. Before I lived here, there was a historian, still a good friend, who would take me around. There was a time when you could go on a milk crate in the back of Musso & Frank and peer through what’s now been demolished for a second parking lot into a writer’s room that had been sealed off in the 40s and 50s. This town is full of those things, despite the fact that it rips it up and starts again in this kind of strip-mall mentality. But there’s still remnants of it.

MS: There’s a weird way in which LA really does erase itself a little more effectively than other cities do, but never completely. You can drive down the Sunset Strip and there’s the perverse perfection of the fact that Tower Records still looks like Tower Records, 10 or 15 years after that place closed. Or the building opposite it, which used to be Spago in the 80s. In these places, you can still catch, not just glances, but weird, ghostly things.

JC: I think you stumble upon this a bit just walking around your neighborhood in scenes in the book. It’s healthy to jog memories. Several times in the book I noticed you referred to a 15-year-old version of yourself.

MS: That’s intentional, or I should say, that’s an impression that I would want the book to leave. LA is certainly a more problematic city than ever to live in in terms of its politics, its radical inequalities, its increasingly frightening fires. The old, good LA is gone, but like in any city, the history of this place is so rich, and you can still catch pieces of it. A primary part of my project is to layer these qualities: memory and archaeology.

Matthew Specktor is the author of the novels American Dream Machine and That Summertime Sound; a nonfiction book, The Sting; and the forthcoming memoir The Golden Hour (Ecco/HarperCollins). His writing has appeared in The New York Times, The Paris Review, The Believer, Tin House, Vogue, GQ, Black Clock, and Open City. He has been a MacDowell fellow, and is a founding editor of the Los Angeles Review of Books. He resides in Los Angeles. www.matthewspecktor.com. 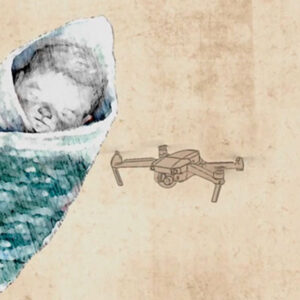