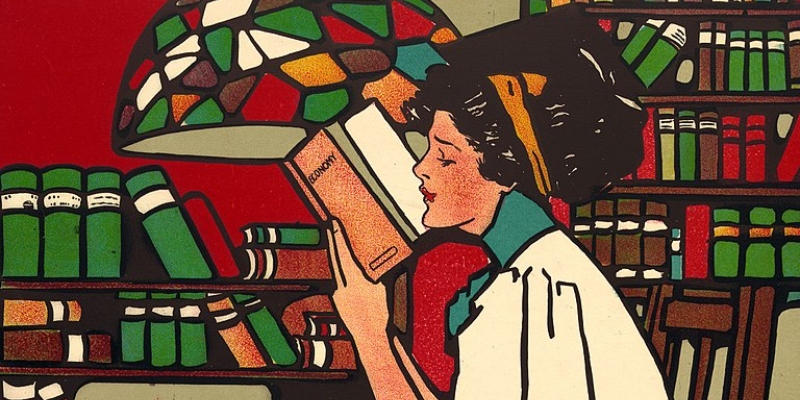 With Lockdown Libraries, Clemmie Jackson-Stops Asks Readers to Think Beyond Genre and Taste

My sister always goes to the same bookshop in Oxfordshire, where she lives. There she seeks out a young bookseller with a shock of black hair from within the stacks. He once recommended her a list of books, and she loved every single one; she’s been returning to him ever since.

During lockdown, visiting bookstores was off the table. As was talking to strangers. That’s when my sister turned to a new service that sprung up in the vacuum: Lockdown Libraries. It was launched by Clemmie Jackson-Stops, whose company, Vellum, curates book collections, whether in hotel lobbies or private homes. Lockdown Libraries works like this: you purchase a five-book package, and after answering a short questionnaire about your tastes and reading requirements, she selects the books and mails them to your door. They come wrapped in brown paper and tied up in string with a handwritten note to the reader.

Most Lockdown Libraries are purchased as gifts for family and friends, who relay touching notes to be included with the package. “It was a moment when everyone stopped and thought about who they wanted to be in touch with—and they had time to read,” she tells me over Zoom. She recalls a request from a woman for her father: “books to cheer him up without telling him to be cheerful.”

Many people gifted themselves, as well: a mother returning to reading after a long child-rearing pause; a travel journalist who requested 100 books no thicker than a mobile phone, which she could read in the time it takes to have a long bath; and an 80-year-old voracious reader who wanted to expand his literary horizons.

What is most surprising is not a service like this emerging during a time when we’re isolated and housebound, but that Jackson-Stops is able to intuit the tastes of a stranger.

What is most surprising is not a service like this emerging during a time when we’re isolated and housebound, but that Jackson-Stops, just like the shock-haired bookseller, is able to intuit the tastes of a stranger. Recommending a book based on someone’s previous favorites is the art of an algorithm—what Spotify has so painfully perfected in their playlists—except here it’s executed with only our beautifully flawed human brains.

Jackson-Stops does seem suited to the task. As an English literature undergraduate, she dreamt up a company called The Book Doctor, offering book prescriptions for spiritual maladies. She bought the URL, but didn’t pursue it. She went on to work in the book industry, later launching a popular book subscription service at a London bookshop. After moving to the Cotswolds, she founded Vellum. When she isn’t building out full-scale libraries, Jackson-Stops will come to your home and, like a literary Marie Kondo, hone your book collection to what you most want. When lockdown struck in March, the big commissions dwindled, and she focused on what she loves most: recommending books.

“A book recommendation is about trust,” Jackson-Stops tells me. When readers purchase a Lockdown Library, they are trusting her taste or her skill at interpreting their own. But taste is a complex trait. Why do we like one thing and not another? And how can we figure out what another person’s taste might be?

According to Tom Vanderbilt, author of You May Also Like: Taste in an Age of Endless Choice, taste is a method of filtering the endless cultural choices available to us today. Our sense of taste is relatively fluid, influenced by exposure, culture, personality, and more. Your broad thinking style (whether you’re an empathizer or a systemizer) is a predictor of what music you like, according to researchers from the University of Cambridge, and, presumably, the same might be said of our taste in books. Perhaps a good book recommendation is first a matter of determining how someone thinks?

Taste is also a form of social adaptation. We define ourselves through our tastes and our belonging to certain social groups. As a pretentious teenager, I carried a copy of Aldous Huxley’s The Doors of Perception in my handbag, because I liked the qualities it conferred on me and the type of boys it attracted. With my copy of Huxley, I was wafting my literary peacock feathers.

We say our tastes “mature,” which implies a value system. The very concept of “guilty pleasures” assumes certain books—and food, art, movies, behaviors, et cetera—are socially sanctioned and others are not. As readers, we internalize these value systems. The books we believe we “should” be reading reflect the type of person we desire to be or the social group to which we want to belong. The phenomenon of sharing book stacks on Instagram is not dissimilar to the copy of Huxley in my handbag; we are demonstrating our reader identity. “People get bogged down in their own reading,” Jackson-Stops says. “They feel they must take themselves more seriously, or they’re not reading enough, or they’re not reading what they’re supposed to be.” The book gift frees the receiver of that responsibility.

Much like taste helps us filter the endless cultural choices, categorization helps us talk about them. It is the language we use to convey our taste to others. Our brains like to categorize the world around us; categorization utilizes previously acquired knowledge, making it a more efficient mode of understanding the world. By labeling a book true crime, we can apply our preconceived notions about the genre and make a faster assessment about its value to us.

By receiving a book, you are liberated for a brief moment from the consequences of a wrong choice—or from having to make a choice at all.

But just as colors of the rainbow are in fact a spectrum, and one person’s blue is another’s person’s violet, so with books, categorical perception can limit us. I recently read The Mighty Oak, a novel by Jeff Bens. The author is a friend of mine, otherwise I would never have picked up a book about a hockey player. I’m not interested in sports, my brain says. But I stayed up late two nights in a row gripped by Oak, the wounded drug-addled protagonist’s search for redemption. What I wanted, without knowing it, was a propulsive read, but that isn’t a category.

Jackson-Stops says this is common. “You have to translate what someone is saying. They don’t like crime, but they think crime is only Sherlock Holmes. Or someone can’t bear magic realism, but then you suggest a writer like David Mitchell, who sits on the fence of that fantastical land, and they love it. The label puts them off.” The better question to ask is not what genres they like or dislike, but what sensation they’d like to achieve. What are they reading for?

Bibliotherapy has emerged as an entire therapeutic practice. According to researchers from the University of Alabama, a person suffering from depression is less likely to relapse when offered bibliotherapy instead of prescribed medicine. Reading poetry is proven to reduce symptoms of PTSD. In the UK, author Ann Cleeves is co-sponsoring a bibliotherapy scheme working with public health teams to refer individuals suffering from chronic pain or mental health problems to a reading coach. Anyone can pay for a bibliotherapy session from The School of Life. After an hour-long consultation, their “bibliotherapists” guide you to the books you didn’t know you needed.

Perhaps the real gift of Lockdown Libraries, and other book subscription services, is something much simpler. We make 200 decisions a day about food alone, according to Cornell’s Food and Brand Lab. Another study estimates we make 35,000 choices every single day. That’s exhausting. The toothpaste aisle in CVS is enough to give me anxiety. I don’t want to expend needless energy on choosing toothpaste; I want to save my decision-making power for what really counts. Perhaps the art of the book recommendation is not so much in accurately predicting the tastes of another person, like a literary Spotify, or in prescribing them a book to soothe their troubled soul, but the gift—wrapped up in brown paper and tied up with string—is not having to choose at all.

Jackson-Stops agrees. “People enjoy handing over the responsibility to someone else,” she says. “It’s all interesting in its own way—it’s interesting to see what someone else would pick for you.”

By receiving a book, you are liberated for a brief moment from the consequences of a wrong choice—or from having to make a choice at all. For that day, you only have another 34,999 choices to go.

Tyler Wetherall is a journalist and author based in New York City. Her writing has appeared in The Guardian, The Times (London), Vice, and others. Her book, No Way Home: A Memoir of Life on the Run (St. Martin's Press), is out now.

On Receiving an Anonymous SOS Letter From China About Religious Persecution 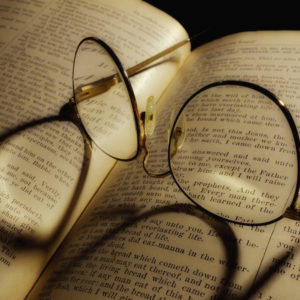