Russian-American journalist Masha Gessen is an outspoken critic of Putin and Trump, and was just named one of the Five Most Important Intellectuals in America Today by The Washington Post. Her new book Never Remember, with photos by Misha Friedman, commemorates those who died in the gulags and explains how Putin’s totalitarian state is whitewashing Russia’s past. This discussion, moderated by Nicholas Lemann, is a can’t miss opportunity to hear one of the leading experts on Russia today speak about the importance of memory rooted in history and facts.

Nicholas Lemann: You mentioned the phrase memory activist. What is a memory activist? How many of these people are there? Tell us a little bit about them and what their lives are like.

Masha Gessen: So in the late 1980s, as the Soviet Union started talking about its past, people all over the country started doing two things. One was they were looking at the locals histories of the Gulag. In a lot of places, it was something that everyone knew and no one ever talked about, and suddenly people started talking about it, about the fact that there was a camp here or that this building was constructed by inmates and so on.

And the other thing that started happening was that people started looking for documents about what had happened to their relatives. It had been possible three decades earlier during Khrushchev Thaw, when people were allowed to ask for documentation on what had happened to people who disappeared in the Gulag. And at the time, what they usually got were basically falsified documents. Now, the documents they were getting were more accurate. They weren’t complete, but they were more accurate. And so, there is this mass movement of people looking for their stories and for local stories.

A lot of them united into organizations called Memorial Societies. At its height, there were many dozens of them around the country. Now there are fewer. And they were really sort of the beginning of civil society in Russia, and they continue to be at the forefront of civil society in Russia. So, that means they are taking the brunt of the pressure from the political crackdown that’s underway because they represent civil society. But also, there have been personal transformations, and we document one of those personal transformations in the book.

One of the people that we went to see was a woman whom I’d met in 1999 in Kolyma. She was this geologist who had become a memory activist. When I first met her, she’d been at it for more than ten years. She was trying to create a memorial at the site of one of the most brutal camps in the Gulag, Butugychag, which had been a uranium mine. She had created a museum.

And this time we went to see her. She was still there. She is in her late seventies now. She took us to the site, we hiked around the site, we came back, and on the way back to the campfire she said to me, I see you don’t like Putin. And I thought it was a joke. So I said, yeah, it’s mutual. And she said, well, I like him. And I said really? And she said yeah, I’m tired of being in the minority, so now I like him.

It was fascinating to see what had happened, because she hadn’t given up her life’s work, but she’d changed the angle of it. It’s really representative of what’s happened to memory, because what’s happened is not an easy story of glorifying the Gulag. It’s a much more difficult story of just turning memory into mush.

Masha Gessen’s previous books include The Brothers and the national bestseller The Man Without a Face. She has immigrated to the United States twice—once, as a teenager, from the Soviet Union and again, more than thirty years later, from Putin’s Russia. She lives in New York City.

Misha Friedman is an award-winning documentary photographer whose work has appeared in the New York Times, the Los Angeles Times, and the New Yorker. 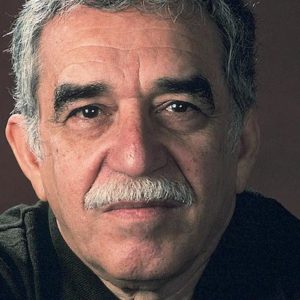 A literature teacher warned the youngest daughter of a great friend of mine last year that her final exam would be on One Hundred...
© LitHub
Back to top