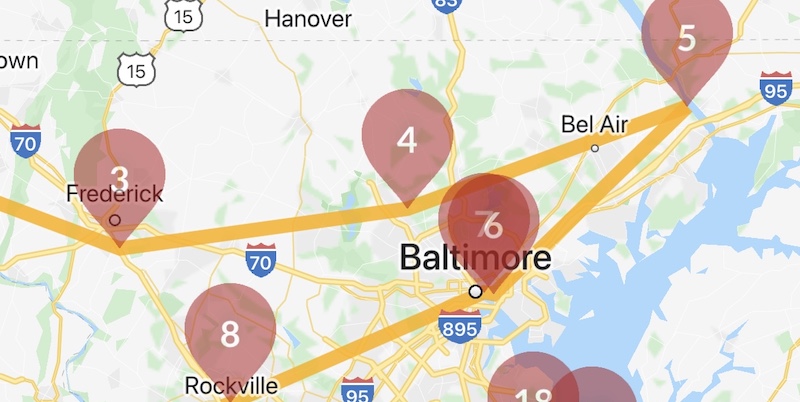 This is cool: Maryland’s public library system announced today it was beta-launching an app that gives a tour of different sites in Maryland that are significant to the area’s Indigenous history and present.

Curated by Dr. Elizabeth Rule, an assistant professor of critical race, gender, and culture studies at American University and an enrolled citizen of the Chickasaw Nation, the guide features 21 different sites that represent communities including the Chicone, Nanticoke, Moyaone, Piscataway, Pocomoke, and others.

The project was led by a task force that “representatives from Maryland’s 24 public library systems, tribal nations, statewide cultural heritage organizations, and Maryland State Archives.” A spokesperson for the project released some details on how the sites were compiled and selected:

The sites currently featured in the Guide are drawn from over 125 sites that were submitted to the project curator and task force through an open public call for crowdsourced submissions. Sites recommended by representatives of local tribal organizations were prioritized in the curatorial process and the Guide samples historical sites and markers, culturally significant natural landmarks, artistic works that honor local Native American and Indigenous Heritage and more. The Guide does not aim to provide a comprehensive overview of local sites, but rather a sampling to encourage further exploration.