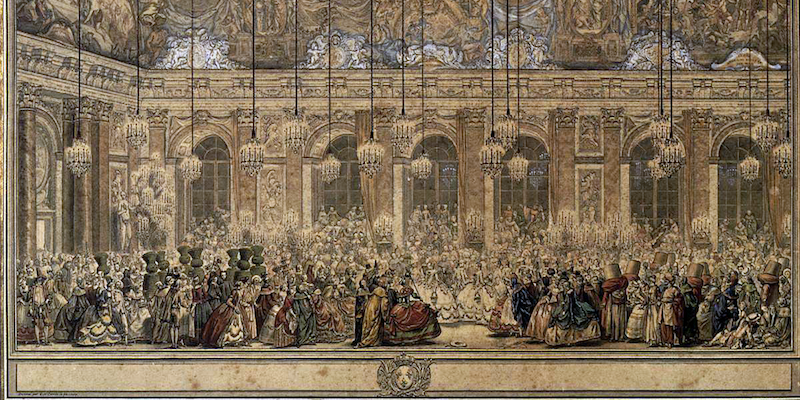 Jeanne de St.-Rémy has a grudge against the world. Born into the French royal family—if admittedly by a somewhat labyrinthine route—she spends years of her childhood so disinherited and ignored that at the age of six, she is begging in the streets of Paris. A lucky accident brings her to the attention of the Marquise de Boulainvilliers, who adopts the little waif, raises her as a daughter, and helps her prove her claim to be considered a relative of King Louis XV through a legitimized descendant of the previous royal family, the Valois. The marquise even helps Jeanne secure a pension, but Jeanne remains unsatisfied. She will settle for nothing less than full acceptance into the court at Versailles.

Through a series of affairs and a forced marriage to Nicolas de La Motte, who becomes Jeanne’s loyal partner if not the husband of her heart, Jeanne ploughs through all obstacles on her path. Her greatest conquest is the Cardinal-Prince Louis de Rohan, a high-ranking aristocrat whose campaign to regain his influence with the new king, Louis XVI, is repeatedly challenged by a hostile Marie Antoinette. When Jeanne learns of a magnificent diamond necklace, a creation so elaborate and enormous that its purchase price would bankrupt a nation, the stage is set for a scandal that will bring down the very monarchy Jeanne is so desperate to enter.

With a keen eye and a vivid appreciation for detail, Mary Martin Devlin creates, in The La Motte Woman (Cuidono Press, 2021), an indelible picture of how three clashing obsessions—Jeanne’s quest for the validation of her heritage, Rohan’s yearning for his appointment as prime minister, and the jewelers’ determination to produce a unique and, in their minds, perfect work of art—intersected to destroy the reputation of Queen Marie Antoinette, with catastrophic results for the French monarchy as a whole.

CPL: I won’t ask what drew you to the story of the Diamond Necklace Affair, because it’s a story so tailor-made for fiction that I can’t imagine any novelist not being drawn to it. But how did you find out about it?

MMD: It is such a major turning point in French history. Starting with Alexandre Dumas, the French have been writing novels and plays and so forth about it. My first notice of the La Motte woman was when reading Thackeray’s Vanity Fair and learning that Becky Sharp was inspired by Jeanne de la Motte. I loved Becky Sharp, that little vixen, and it inspired me to find out more about Jeanne de la Motte.

CPL: Who was Jeanne de St.-Rémy, as she’s known when we first meet her, in terms of her birth and her place in Parisian society?

MMD: Well, in point of fact, she was actually what she claimed to be: a descendant of King Henri II, the Valois king, and her grandfather was Henri’s legimitized—not legitimate—son. Her father was the Baron de St.-Rémy, so she was actually a princess of the royal blood. But the Valois kings no longer reigned in France. Her father was a typical aristocrat who neglected everything, and she was born into utmost poverty.

Her mother was a prostitute who ran off with a soldier; she very generously left the two children—Jeanne and her brother (there was a younger sister left with a farmer in their hometown)—a bag of chestnuts and nothing else. Jeanne was a beggar on the streets of Paris. She would go into taverns and tell her story about being a royal princess; she also jumped onto the running boards of noble carriages, which brought her to the attention  of the Marquise de Boulainvilliers, who adopted all three children, reared them, and fought to have their royal heritage accepted. She secured pensions for them, which should have satisfied Jeanne but did not.

CPL: Jeanne had many lovers after her marriage, as was quite typical of eighteenth-century European aristocratic marriages, but her most important relationship was with the Cardinal-Prince Louis de Rohan, who despite his high ecclesiastical office had no inhibitions about taking a mistress. What can you tell us about him?

MMD: She met the cardinal-prince through the Marquise de Boulainvilliers, and it was almost an immediate connection. He’s a complex character. He was extraordinarily handsome, and Jeanne was certainly not his first conquest. The story of is the story of three obsessions: Jeanne’s obsession with her royal blood; the cardinal’s obsession with becoming prime minister of France and especially gaining the favor of Marie Antoinette; and the obsession of those bull-headed crown jewelers who had this extravagant necklace on their hands that was driving them into bankruptcy, yet they refused to break up the stones and sell them separately.  The cardinal was not only handsome but extremely intelligent—the youngest member elected to the Académie française—yet Jeanne had him eating out of her hand. She extracted enormous sums of money from him without him ever knowing where that money was going.

CPL: Do describe the diamond necklace itself.

MMD: I cannot imagine any woman, especially one who is slim, wanting to wear that necklace. It was 650 diamonds, some of them as large as hazelnuts; it was almost 3,000 carats. It was huge; the presentation case was the size of a welcome mat. The stream of diamonds descended all the way to the navel. The jewelers had designed the necklace for Madame du Barry, because they knew the king would pay for it. The price would bankrupt a nation. But then Louis up and died, and Madame du Barry was no longer at court, and the jewelers were stuck with the necklace.

CPL: What would you like people to take away from The La Motte Woman?

MMD: I’m fond of irony, so first that, one woman, in an age when women were often less valuable than racehorses, was so instrumental in propelling the destruction of the entire monarchy. Second, and much more important, that this woman, who valued her royal blood more than anything else in her life, should be so instrumental in destroying the monarchy.

Mary Martin Devlin is a former professor of English and creative writing at Mount Holyoke College, who has always had a passion for French literature and culture. In addition to The La Motte Woman, she is the author of Precious Pawn, based on the memoir of an aristocrat in the decadent reign of Louis XV, and Death in the Rainy Season, set among the American and European expat community of 1980s Zaire. 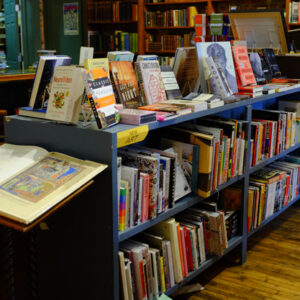 What makes a Biblioasis book? It's a question that has stumped at least a few people who have tried to answer it; managing...
© LitHub
Back to top