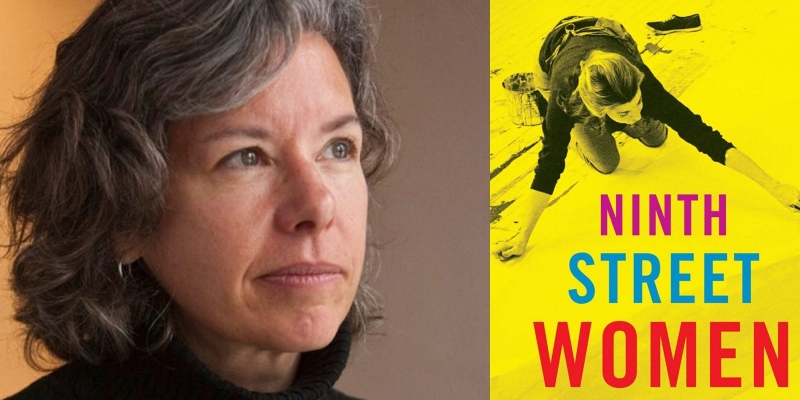 Mary Gabriel: This book arose out of a conversation I had in 1990 with Grace Hartigan. Between 1990 and 2011, it was just an idea that haunted me. I was involved in a lot of different things because I was a journalist with Reuters, so I was in Washington and London and the Middle East and Africa, and a lot of different places. But I was also always writing books because I needed to step out of the world I lived in as a journalist in order to make sense of what was going on around me. I find history does that in a wonderful way. It kind of puts things in perspective.

Also, I just wanted to be creative in a different way than I was as an editor. When I finished my last book on Karl Marx—I think it was published in 2011—I started looking for another subject. I spoke with my agent and this Grace Hartigan conversation came back to me and I thought, surely by now someone has done this story, because it’s so fantastic, but no one had and it was shocking to me, and so I started to do it.

There have been a couple of biographies written about some of these women in the intervening years. In fact, by now all of them except Helen have had a proper biography, but I wanted to tell a broader story. I wanted to tell not just the lives of these five women, but also the life of this art movement and then embed that art movement in 20th-century American history. Because I think one of the problems—and I don’t know if you agree—but one of the problems in telling art history and telling the story of art is it’s often removed from life, as if the artists weren’t responding to what was going on around them or weren’t somehow channeling the information and the upheaval.

These people—the abstract expressionists—went through the most tumultuous days of the 20th century. The depression, the Second World War, the atomic bomb, the McCarthy hearings—that really impacted their work. They wouldn’t have done the work they did if it had not been for these direct circumstances, and yet we never hear about that. It’s become a theory: how they apply the paint, as opposed to “there may not be a tomorrow because of the bomb, what do I paint now?” So that was the genesis of this book.

JC Gabel: So you met Grace. You had this personal connection with her, but most of these artists had passed away. Was that a difficult hill to climb?

MG: Yes. By the time I started the book, all of them had died. Helen was the last artist to die and she died I think in December 2012, just before I would have had a chance to talk to her. But at the end of her life I don’t think I would have been able to get much from her because she wasn’t well. That’s daunting, and some people I would have really loved to have talked to because they had so much to say, but I was dealt this can. What I did then was to just try to make it as vibrant as possible. I went back to interviews, not just that they had done—and they had done many of them, some taped and some written—but all of their compatriots that I could find. I did a huge search.

I remember the Smithsonian—there’s an Archives of American Art in DC that has just the most incredible collection of material on American artists. They have hundreds if not thousands of interviews of artists through the years, so I actually just did a keyword search for these women’s names and listened to every single interview, every single tape, everything available that had ever mentioned them. The story I came up with based on these interviews and based on others that people gave me and some that I did myself, because luckily enough some of their compatriots were still alive and are still alive. So I got all of these voices talking in my head, and the thing I was so stressed by is when you hear from the principles themselves in their own words, not having been digested or diluted by the likes of us journalists, we hear their words and you really come away with a different story of that period.

Now Dore Ashton was someone I did have the pleasure to interview. She was really one of the most remarkable people I have ever met. She was dying. She had lung cancer and she was on oxygen and while I spoke with her, she must have had 25 cigarettes. She was just absolutely a wild, young thing, even on her deathbed. The stories she told me were a lot like the stories Grace told me, in that they were so alive and vivid and so in the moment and in that period of history; it really made me wonder, as I say in the introduction, why didn’t I know this? Why haven’t I heard these voices?

I think part of the problem is that the story of the abstract expressionists—and mid-century American art—has become the story of just a couple of artists. It keeps getting narrower and narrower and the voices of the many, many participants, whether they were other artists or art historians or critics or poets or musicians, composers—the whole gamut—were in this wild and wonderful group together. Those voices have been lost and you need them to tell the whole story, so that’s what I tried to do in this book.

Mary Gabriel is the author of Love and Capital: Karl and Jenny Marx and the Birth of a Revolution, which was a finalist for the Pulitzer Prize, the National Book Award, and the National Book Critics Circle Award, as well as of Ninth Street Women, Notorious Victoria: The Life of Victoria Woodhull, Uncensored, and The Art of Acquiring: A Portrait of Etta and Claribel Cone. She worked in Washington and London as a Reuters editor for nearly two decades and lives in Ireland. 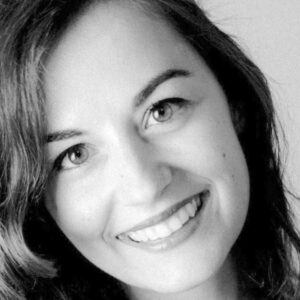 Lana Bastašić is the guest. Her new book, Catch the Rabbit, is out now. From the episode: Brad Listi: You translated...
© LitHub
Back to top