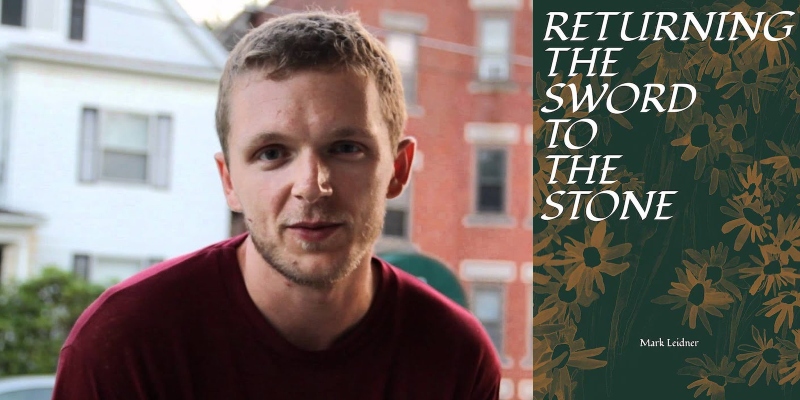 Mark Leidner is the guest. His new poetry collection, Returning the Sword to the Stone, is out now from Fonograf Editions.

Mark Leidner: You say it’s efficient, and I think the reading experience, I hope it is efficient, in that sense that you get a lot from a small amount; you get a lot of meaning or potential meaning that you can kind of take ownership of. But the writing process is extremely inefficient. I will revise massively only to end up back where I started.

Brad Listi: That’s interesting. And it’s interesting, too, to hear you talk about Twitter, because I think last time you were on the show, we talked about your Twitter and how much I like it, especially stacked up against most Twitter feeds. It’s a real art project for you. I think that’s maybe the best use of Twitter, is a poet making poetry on Twitter or conceiving of the entire thing as as a kind of rolling art project. But I want to drill down a little bit more into how these poems of yours are made, because there are two things in my mind that are working at odds with one another. The first is that you take eight years to do a poem; you just talked about this lengthy process of revision, kind of circular process of revision. And then at the same time, there is my knowledge of joke writing, like just having a funny thought or a joke occurring in your mind that you then verbalize that works, the same could be said of tweeting something that you hope is funny and seeing how it does. In my experience, the funny ones always come fast. And the ones that I labor over, or I think too much about, inevitably sink. So that’s where I’m like, well, wait, how can these things be so funny? Maybe that’s where the circular editorial process comes into play, where you wind up right back where you started?

Mark Leidner: I think that is somewhat accurate. It’s also true for me that the more I work on it, even a joke, a terrible or stupid joke on Twitter, I will work a lot on them. I don’t really know why. It’s like I’m searching for this idealized form that I’m trying to find. The ones that are on there are the ones that are the best. They’re like the one percent, and the rest are never seen because they don’t work, and I do labor over them stupidly and they end up not being good. And there are some times when I’ll think of one off the top of my head and I’ll just tweet it out, but it’s always missing something. I always look back at it again and I’m like, oh, what happens if I’d pushed it further or something?

I think that if you’re writing comedy and jokes is more improvisational and quicker—and that is a way to do it, but I always go past that. I will over-revise. I’ll kill a bunch of them by over-revising. But if you keep going, I think there is the ability to construct, for me, a more appealing joke with an intense amount of revision. Although I don’t think it’s worth it. So it’s almost like even when you succeed, you fail. I wish I could be someone who only tweeted off the top of his head and I never thought about it once past the first draft, and then I also got a million followers and a million likes and whatever kind of success one envisions for that behavior. But it doesn’t work for me.

Mark Leidner is the author of two feature films: the sci-fi noir Empathy, Inc. (2019) and the relationship comedy Jammed (2014). He is also the author of RETURNING THE SWORD TO THE STONE (Fonograf Editions, 2021), the story collection Under the Sea (Tyrant Books, 2018), the poetry collection Beauty Was the Case that They Gave Me (Factory Hollow, 2011), and the book of aphorisms THE ANGEL IN THE DREAM OF OUR HANGOVER (Sator Press, 2011).

Claudia Laitano on the Life and Legacy of Machado de Assis

Marisa Silver on (Finally) Nailing Down Her Novel's Point of View 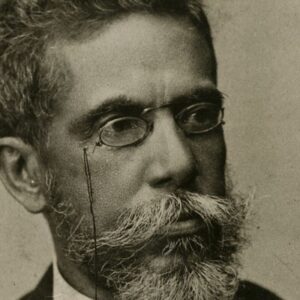 Claudia Laitano on the Life and Legacy of Machado de Assis