From the Red Ink Series on Women Writers

Highlights from the conversation:

Elisa Albert: I think giving ourselves permission to experience the full spectrum of emotion, which is a permission often denied us by others and by ourselves, is often really just the release that’s necessary to make sure that the dark stuff doesn’t take up permanent residence in the body and in the psyche.

Morgan Parker: I would say that the closest I get is in poetry because I’m not necessarily writing a sentence that describes my depression. There’s a way to embed anxiety and depression in word choice, in images, in things like that. I think that at least feels the most true because it is so complicated and layered and complex. I think poems really allow for that. There’s more that’s allowed, and it doesn’t make linear sense and neither does depression. It feels like an appropriate container.

Ruth Franklin: What someone was saying earlier about depression being a rational response to our circumstances is something that also appears in [Shirley] Jackson’s writing because she’s dealing so much with the experience of the women in her era and in her generation. I see her work very much as the counterpart to “the feminine mystique” and what others were trying to impose as the dominant narrative of what women were supposed to be like and what they were supposed to be doing and how they were supposed to be behaving. So the lack of reality and the instability and the rebellion in so many of her characters can be seen as a reaction against those social norms.

Margo Jefferson: There is time for despair because it can’t be avoided. We make time for it and then we find a way to convert the despair into language and action. There has to be time for all of those feelings because they can’t be avoided. 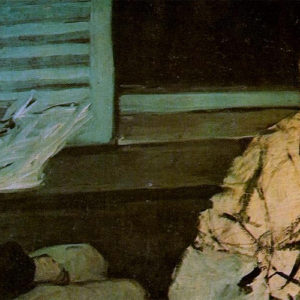 Émile Zola was 40 years younger than Balzac. He was 12 when the older novelist died. Balzac’s most important works date...
© LitHub
Back to top