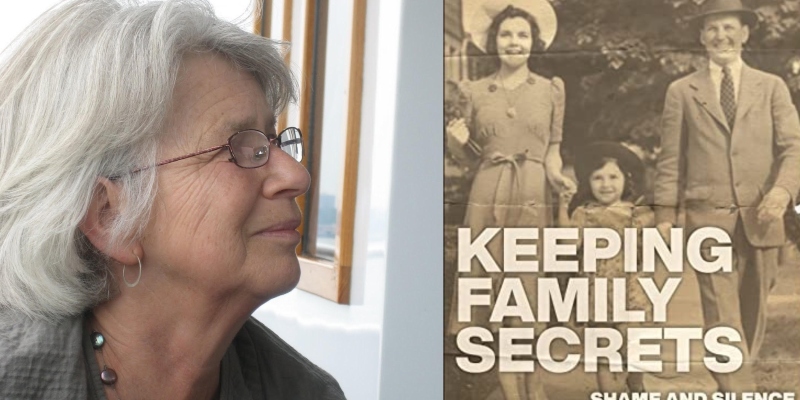 Margaret K. Nelson: How Do Family Secrets Impact Us?

What do family secrets show us about the times we live in, and how do they impact the people who safeguard them? These are questions that sociologist Margaret K. Nelson explores in her most recent book, Keeping Family Secrets, a study of more than 150 memoirs involving families hiding something of consequence during the 1950s.

In this episode of Book Dreams, we talk to Margaret about a host of fascinating topics, everything from how misguided–and even damaging–prevailing expert advice can be; to the complicated costs of concealing true genetic ancestry; to the complex relationship–highlighted in recent years by the availability of DNA testing–between biology and cultural identity.

Julie Sternberg: In your chapter about the secrets surrounding the institutionalization by parents of certain children in the family, you tell the story of a famous psychologist named Erik Erikson. When his son Neil was diagnosed with Down syndrome as a newborn, Dr. Erikson informed his older children that Neil had “died at birth” and that this topic was not to be discussed again. Neil had not in fact died.

He was institutionalized, but Dr. Erikson and his wife didn’t tell their other children this for another seven years. It is very difficult for me to imagine a capable psychologist believing that it was a good idea to tell this kind of outrageous lie to his children over something that mattered this much–I mean, it was literally the life or death of one of their siblings. But I gather that Dr. Erikson genuinely believed he was making the right call. So why is that?

Margaret Nelson: Everybody he consulted said, ‘This is what you should do. Put this child away, forget he exists, and act as if he doesn’t exist.” And, you know, present among his friends were other famous psychologists, Margaret Mead, the anthropologist, they all gave the same advice. This is what parents were told to do and he was no different from any other parent in that respect. What I find interesting and powerful about that example and all the examples is: They couldn’t carry it off. The other children in the family, whether they actively knew it or not, could not understand why their family was so altered.

So Erik Erikson’s daughter couldn’t understand why her family couldn’t move past this death and that they really didn’t seem to be able to grieve in an ordinary way. Well, they couldn’t grieve in an ordinary way because this child was still alive, but she felt this throughout her life, and it was years before she knew about her brother, Neil. She always felt there was something missing, something wrong, something absent. So Erikson was following the prescriptions of the day. Very few people violated those prescriptions and it had serious consequences for relationships within the family.

Margaret K. Nelson is the A. Barton Hepburn Professor of Sociology Emerita at Middlebury College, where she taught for more than 40 years. In her latest book, Keeping Family Secrets: Shame and Silence in Memoirs from the 1950s, she focuses on six categories of secrets revealed time and time again in memoirs from that era, including the institutionalization of a child, unwanted pregnancy of a daughter, and the Jewish ancestry of one or more family members. Margaret has written a number of other nonfiction books as well, including Like Family: Narratives of Fictive Kinship and Parenting Out of Control: Anxious Parents in Uncertain Times.

The Annotated Nightstand: What An Yu is Reading Now and Next

That Which Calls Us: On Writing About God's Word 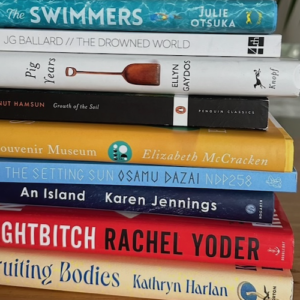 The Annotated Nightstand: What An Yu is Reading Now and Next

Though Song Yan wants a child, and her husband bats away her requests to try again and again. One response is as if she is asking...
© LitHub
Back to top