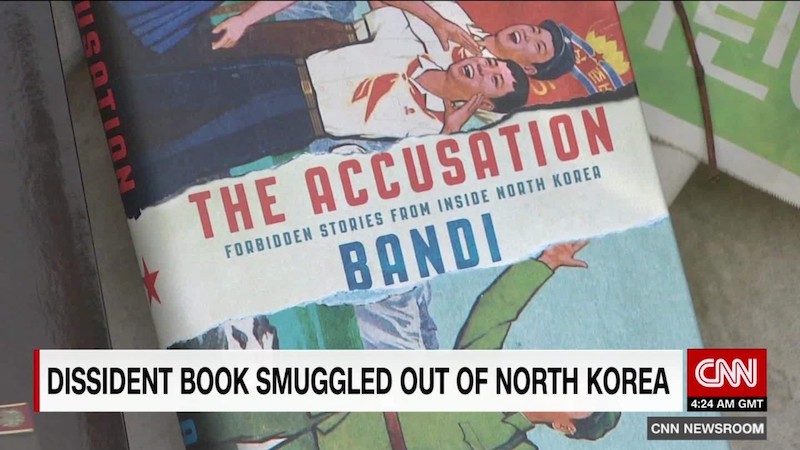 Introducing What to Read to Make America Great

The learning process is something you can incite, literally incite, like a riot.

Since the election, many of us have settled into a new routine of protest, resistance, and civic responsibility. We call our senators and representatives, we stock up on poster supplies, and note with gloomy regularity the changes taking place around us, from a startling resurgence of white supremacy and attacks on the unfinished business of civil rights, to new words and false phrases—“fake news,” “alternative facts,” “reverse racism”—to the shredding of regulations to emboldened xenophobia and bigotry.

It’s difficult to accept that the circus has become our lives and more difficult still that the main attraction is money, ignorance, and power. The values that protect all human lives regardless of race, religion, gender, physical ability, or sexuality are being smothered and the biases this country has been steadily working to retire are being rebranded and recelebrated.

We feel crazy, unmoored—fluctuating between hope and despair. Never before has the United States been led by a president and an administration who openly admonish knowledge, experience, education, and progress. Every week spawns new executive orders or policy statements that contradict research, common knowledge, morals, and ethics, and decades of slow, but persistent progress.

What to Read to Make America Great was conceived as a way to push back on that reality. Inspired in part by a photo of the President’s White House bookshelves, vacant except for a handful of his own titles, each month in this new year of the Trump Administration guest contributors will recommend books they believe the President, those close to him, and his supporters should read.

But our goal isn’t partisan. And it’s not satirical. Our goal is to maintain and boldly promote a culture and appreciation for reading broadly and diversely—a resistance movement through books—to cultivate a deeper understanding of the world, humanity, and the issues we need to face together. Our  recommendations aren’t just for the President and his administration—they’re for anyone who has that intangible feeling deep in their gut, even a seed of doubt, that the direction the country is headed isn’t Making America Great Again, but instead compromising our unique freedoms. The recommendations are for people who need to feel sane and anchored; for people who want to be informed and are willing to challenge themselves in order to better understand where we are as a country. The books will be representative of the people, by the people, and for the people—everyone.

The Accusation, by Bandi

The Accusation is a book of stories that was smuggled out of North Korea at great risk to the writer and also to those who managed to get it out. “Bandi” is a pseudonym that means “firefly”; the writer sees him or herself as a tiny point of light in a huge darkness. The stories  describe life under a locked-down totalitarian dictatorship in which everything is controlled by the central government, including writing and reading; in which society is riddled with spies who report on the most trivial of aberrations; and in which the non-elites are starved and overworked and lied to about the real state of affairs. This book emphasizes the value of an open society in which many voices can be heard—not just one authoritarian voice.

Marks of Identity, by Juan Goytisolo

I wish Trump no good whatsoever, which includes good literature, and I don’t much think he has the attention span for a book. The subtle life lessons of Dr. Seuss are probably beyond him, Star-Bellied Sneetch that he is. However, if I was recommending books for The Time of Trumpism, Juan Goytisolo’s Marks of Identity says way more than any covers can usually contain about identity, authoritarianism, and exile. It is unjustly unknown in the United States, but damn… those sentences sprawl across pages and can sum up an entire era in 300 words.

Evicted: Poverty and Profit in the American City, by Matthew Desmond

Evicted: Poverty and Profit in the American City is an absorbing, infuriating, and heartbreaking work of sociological journalism. Author Matthew Desmond, a MacArthur “genius grant” recipient, spent 2008 and 2009 living among eight desperately poor families in inner-city Milwaukee, all of whom were struggling to keep a roof over their heads. The families range from a struggling African-American woman with two young sons, to a male nurse struggling with a drug addiction, to a middle-aged white woman living in a run-down trailer park. Desmond chronicles the families’s shared experiences of spending an inordinate amount of their time, money and resources—all of which they have in scarce supply—to avoid homelessness.

As counterpoint to the stories of poverty, Desmond follows two “profit” tales: an African-American woman who owns multiple low-income properties throughout the city and an older white man who runs a trailer park. Both of them strive to balance their bottom lines with humane and ethical business practices, but often fail.

Evicted is thoroughly researched, smartly realized, and novelistic in scope and thrust. It never reads as a dry scholarly tome, nor as the work of a detached voyeur peering into the lives of the less fortunate. Desmond himself grew up in a lower middle-class family and as an adult had to help his parents when they were evicted from their family home. He presents his subjects—in all their imperfect humanity—with empathy and insight. By keeping it close and personal, Desmond eloquently lays bare not only the human costs of grinding poverty, evictions and homelessness, but also the toll they take on neighborhoods and cities.

Desmond expresses moral outrage that this blight persists and continues to grow, with politicians and society as a whole failing to address the multitude of ways in which chronic poverty diminishes the lives of those caught in its cyclical grip—and all of us as a nation. Toward the end, Desmond offers up a plausible solution—housing vouchers—and he makes a detailed and convincing case. He also makes it clear that to simply stick to the status quo is unacceptable. I recommend this book to everyone. It is a work of genuine consequence.

Rolling Blackouts is Sarah Glidden’s account of shadowing her journalist friends on an international mission to answer the question: What is journalism? More importantly, it’s a personal account of witnessing the after effects of war, coming face to face with displaced families, people not unlike you and me. It’s a collection of human experiences, a look at both sides of the lens, an unwavering look at a complicated situation. Her book puts you in the shoes of refugees, a war veteran, educators, and outsiders looking in. The level of empathy this book conjures is so necessary in this day and age. A timely, important story that everyone should read. Right. Now.

Because you would like to take America back, I’d like to suggest this book that offers the setting of a yesteryear you may remember—Giovanni’s Room. The protagonist, David, not unlike yourself, is a blond all-American. In his quest to find true love, he takes many paths. Will he find it in the end? This book is among author James Baldwin’s best because he understands the America of the past as only he can, especially from his vantage abroad. This book may fill the corner of your bookshelf labeled alphabetically

E for Empathy. Even a straight, black women such as myself began to ask as the story progressed, “Will David ever be happy?” I even wondered whether his life was a metaphor for America as a whole. Sometimes, it seems so fickle, so beset by trouble, heir to its own divided heart. And, alas, it is racked with guilt when others have to pay for its choices. And guilt is such a waste when there are so many other solutions.

I hope you enjoy one of the best writers the USA has produced. Baldwin shows such insight into the character of men and nations. And don’t forget to pick up his other great books—Another Country! Notes on A Native Son! The Fire Next Time! If Beale St. Could Talk! (Spoiler alert: its title has something to do with the Memphis garbage men’s strike) 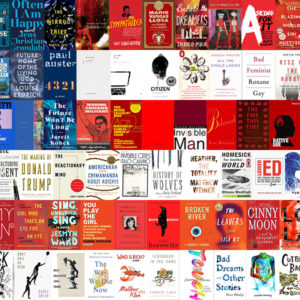 In the year since Donald Trump was elected president of the United States, we've shared many reading lists. Some have been...
© LitHub
Back to top
Loading Comments...