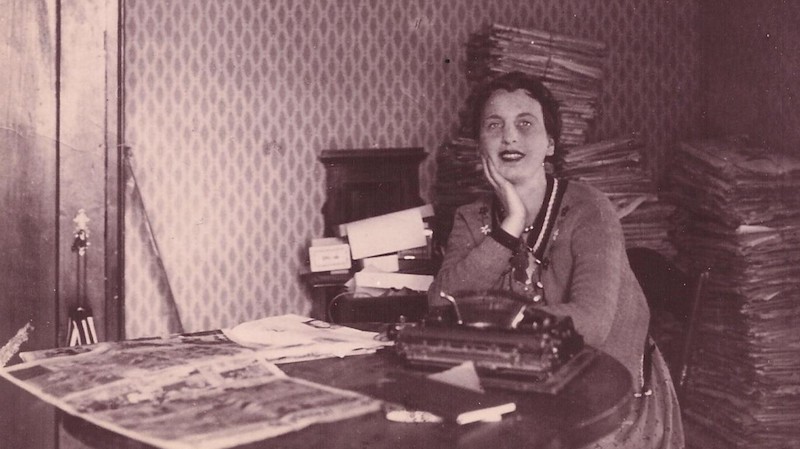 Marianne Goldsmith on the Hero Whose Name We Should All Know

On a sunny Saturday morning, we gather near Market Street in San Francisco, waiting for the demonstration to begin. The chatter I hear is mostly in English, but I can’t help catching bits of rapid-fire Spanish and lamenting my limited translation skills.

I have arrived with the writer Kay Boyle. We are protesting the arrest of thousands of political prisoners in Chile, victims of the military coup in September 1973, eight months ago. We demand our government stop supporting the junta, whose regime cultivates a climate of fear through brutal suppression of human rights.

Taking part in protests has become a ritual, as familiar as observing Jewish holidays or the Fourth of July. We are a few hundred, mostly young, standing in groups in the sunlight, wearing sunglasses, pullovers and jeans. I wrap a scarf around my hair to keep it from flipping across my face in the wind.

I am flattered Kay asked me to march with her. She is my teacher in the graduate writing program at San Francisco State and my landlady. I rent a room in her Victorian home in Haight Ashbury. Kay looks immaculate, as always. Now in her seventies, she has the voice and carriage of an aristocrat, dressed in a black silk suit. She goes to the salon every week, her hair carefully styled in short silver-grey waves. She’s wearing her “war paint,” as she calls it, to offset lines of age: pancake makeup over her pale skin, dark eyebrows penciled in above her blue eyes, coral on her lips, rouge on the high cheekbones.

We mingle with the growing crowd, greeting friends from our Amnesty International group. Kay takes care to introduce me to each person who approaches her: writers, reporters, local celebrities, and former students and faculty who used to walk the picket lines with her during the 1968 strike to offer Black Studies courses at the college.

Taking part in protests has become a ritual, as familiar as observing Jewish holidays or the Fourth of July.

Kay started out among the expatriate writers in France of the 1920s, publishing in avant-garde literary journals. Her circle included James Joyce and Marcel Duchamp (she keeps his bed in the guest room). What intrigues me most are her political stories, portraits of life in Europe as fascism took hold and the Nazi party rose to power. From reading book jacket blurbs, I discover her novels were popular in the 30s and 40s. Her stories appeared in the New Yorker, Harper’s and Vanity Fair. She won awards. I am wondering why I never heard of her until I enrolled in graduate school. I will not uncover the answer to my question until after Kay’s death in 1992, when her biographers reveal details of her Loyalty-Security hearings during the McCarthy era.

In 1951, Kay was falsely accused of belonging to the Communist party by an FBI informant. Both she and her (third) husband were investigated as potential national security risks. She was a European correspondent for the New Yorker. Her husband, an Austrian who fled the Nazis and became a naturalized American, was working for the U.S. Foreign Service in occupied Germany. The couple lost their jobs and returned with their family to the U.S, where the national press reported on their plight. It took nine years before they could clear their names. Kay was essentially blacklisted by American publishers for decades.

Meanwhile, I am grappling with writing my own truth. I am hoping that, when I grow older, I will have silver hair like Kay, that I will understand what’s going on and be strong enough to stand up for what matters—human rights, freedom, justice. At 26, I’m both confident and wildly insecure. The freckle on my nose bothers me; ditto the number of books I haven’t read or written. My anxiety is curbed by my awareness that in Chile, female activists are likely to end up on an official list, risking arrest. Here, at least I am confident the only party interested in my doings is my mother in Texas, who writes, “I worry about you in that kooky city.”

Organizers in a Jeep wave their arms, chanting through bullhorns, as we move south of Market Street, some holding banners or waving signs: “Chile Vencera! Chile will Triumph!” “Respect Human Rights in Chile!” Organizers wearing armbands urge us to stay in line. Policemen follow on motorcycles, ushering us across intersections while they hold back traffic. From the windows of stalled cars, drivers lean out to read our signs; passengers on buses and streetcars stare as we parade along like a massive, multicolored centipede. We pass a few drunks on the sidewalk near the Tenderloin. Outside a bar, a man invites us in. “We need the business,” he says.

Her novels were popular in the 30s and 40s. Her stories appeared in the New Yorker, Harper’s and Vanity Fair. She won awards. Why had I never heard of her until I enrolled in graduate school?

Kay and I join the others in front of the San Francisco Chronicle office: “Print the truth about Chile!” We want atrocities of the Pinochet regime exposed—reports of kidnapped civilians, detention, torture, disappearances.

Kay tells me that in 1967, demonstrations against the Vietnam war stretched from Golden Gate Park all the way down Fulton Street. Her new novel, The Underground Woman, is based in part on that era. Kay and Joan Baez, sister Mimi Farina and their mother were arrested for blocking the entrance to the Oakland Induction Center; the women became friends while in jail.

It was Joan Sr. who urged Kay to launch our Amnesty International (AI) Group 80. I am one of the founding members. I was eager to join when I learned we would be adopting political prisoners in Greece. I draft letters requesting release of political prisoners on Yaros Island, citing the Universal Declaration of Human Rights. I know how slim the chances are that the letters will ever be read—still, I carefully retype the draft in my room, and I know Kay is doing the same in her upstairs apartment.

Standing tall, shoulders squared, Kay is fearless, resolute, waving her placard and chanting with the others. In no way does she fit the romantic image of the “Lost Generation”; in fact, it’s a major annoyance to her, the old canard about writers and artists she knew in Paris. “We didn’t sit around all day in cafes,” she says. “Whenever we did see each other, we talked about politics.” She speaks with a mid-Atlantic, slightly British inflection as her stories roll out in phrases, punctuated by a raised eyebrow, a toss of a hand, or a pause between a long, descriptive subject and its predicate.

We cross Market Street again, passing a swarm of tourists at the cable car turnaround. From there, it’s an uphill climb past souvenir shops and stilted mannequins in window displays, then onward to Union Square, with its gigantic palm trees, and erratic, congested traffic. We cross paths with stylish women who barely acknowledge us, as they enter/exit luxury department stores, wearing delicate leather shoes, carrying bright shopping bags. Watching them pursue their pleasures, I realize how tired I am. My feet ache. I need coffee, a cushioned chair.

As the rally begins in the square, we struggle to weave through the crowd. I try not to lose sight of Kay’s silver hair. A few marchers are being interviewed, while others find seats on benches, stretching their legs in the sun. At their feet, clusters of pigeons peck at crumbs.

The cable car bell clangs as it ascends, heavy whizzing metal tracks on its way uphill. My head hurts from squinting in the sunlight. I’m embarrassed; how quickly I’m disintegrating.

Kay appears at my side. “I’ve heard quite enough speeches,” she says, “Shall we go?”

The sky is an opaque, California blue.

On our way out, a young street mime performs in white face for tourists, who applaud wildly as he leaps in the air, executes a perfect split and then cartwheels across the pavement.

When I lived at Kay Boyle’s house in the 1970s, I wrote in my journal about meeting her friend Bill Shirer, the journalist who wrote The Rise and Fall of the Third Reich. Shirer met Kay in Paris in the late 1920s. He was a foreign correspondent and she was becoming a well-known author. Each witnessed and recorded Europe consumed by the events of World War II.

I remember how excited I was when he arrived at the house. He was glad to hear my story about going to high school in Texas and how I used his book to fill in the blanks in my provincial World History class. This was my first effort to speak out against anti-Semitism. My teacher gave me permission to stand before the class, presenting material Shirer compiled about the Nazi extermination camps, which were mentioned only briefly in our textbook (the term “Holocaust” was not commonly used).

“William Shirer likes to sit in the kitchen with us, the boarders, and watch the news on TV,” I reported in my journal. “Although his vision is very poor, he reads several newspapers every morning. He is a very kind man with rosy cheeks and white hair that encircles his head like a cloud. At S.F. State I listen to him deliver a speech on Nazism. He believes there is a possibility that fascism would take over this country, that is, if the Right is threatened enough by the Left.”

Downtown San Francisco is like a quiet village today. Cable cars stopped running a year ago. Restaurants and corner stores are boarded up. On Powell street, a guard sits at a card table (avec mask) in front of the Hotel Union Square, which the city has converted to temporary shelter-in-place quarters for homeless people with disabilities and/or chronic health problems. Across the street stands the only souvenir shop open, selling face masks imprinted with images of the Golden Gate bridge. Private security guards armed with hand sanitizer are stationed at luxury boutiques—Tiffany’s, Gucci, Louis Vuitton.

Unless you happen to be a pigeon or a skateboarder, there’s no reason to hang out in Union Square. The birds bunch around a woman in a black hat and blue mask who sits in a wheelchair, scattering breadcrumbs from a large paper bag. A few people lounge on benches, napping in the sun, eating from takeout boxes, studying their cellphone screens. The grey and white birds bobble about, fluttering off to avoid skate boarders who zip and weave around the plaza as if they own it. One skater in a black baseball cap picks up speed, legs spread wide, knees bent. He tips the board over with one foot, flips it, leaping, elbows up, then lands on the righted deck, arms at his sides, ready for the next, fleeting moment of force.

Marianne Goldsmith is the pen-name of Marianne Smith. She lives in the San Francisco Bay Area. She holds an M.A. in Creative Writing from San Francisco State University. She is a communications professional, editor and proofreader and a political activist. Her recent work appears in Into Sanity: Essays about mental health, mental illness, and living in between (Talking Writing Books, 2019).

On the Power of Fiction: 8 Novels About Little-Known Historical Events 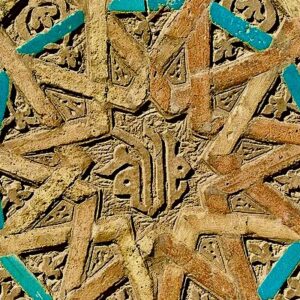