‘Many Haws, Cold Toes.’ And Other Arcane Ways of Saying It’s Going to Snow a Lot

We Should All Talk About the Weather Like This

“Advice is like the snow. The softer it falls, the longer it dwells upon and the deeper it sinks into the mind.”
–Samuel Taylor Coleridge, Confessions of an Inquirer
*

Before the days of reliable weather forecasting, people relied on observations of the natural world and ancient superstitions to predict the arrival of snow or a winter storm. These seem­ingly irrational beliefs would not only give comfort and reassurance during times of phys­ical hardship but were also a way of passing on oral traditions and folklore in a society where few could read or write. Farmers, rural workers, and seafarers in particular had numerous sayings not only to help them predict a cruel winter but also to forecast the welcome return of spring.

“Many haws, cold toes”
This old Yorkshire saying has numerous regional equivalents and warns that a plentiful crop of hedgerow berries in autumn (such as rosehips, blackberries, and hawthorn berries) denotes a hard, snowy winter to come. The superstition has its basis in sound reasoning—that nature is providing extra supplies to help the birds through the coming season—although science has yet to prove the theory.

“The cat turning its back”
Another belief, widely recorded from the mid 1700s, but undoubt­edly in use earlier, claims that if a cat sits with his or her back to the fire, it signals a hard frost is about to come.

“Clear moon, frost soon”
A saying that correctly links the presence of a clear night sky with an increased likelihood of a frost. This is because, without the insulating presence of clouds, clear skies allow the Earth’s heat to escape into the atmosphere, cooling the ground temperature.

“If there’s a halo around the moon, ’twill snow soon”
The theory that, if you see a halo or circle around the moon, snow will shortly follow, has some basis in truth. Halos are formed by the light from the sun or moon refracting as it passes through ice crystals in clouds very high in the sky. These clouds often precede the arrival of a low-pressure system, which may bring a snow storm (or rain).

“Pale moon doth rain, red moon doth blow, white moon doth neither rain nor snow”
We know that it can’t snow if there isn’t dust in the air. The more dust particles that are in the air, the greater the chance that mois­ture will have something to cling on to and create droplets that fall either as rain or snow. When you look at the moon through dusty air, it can appear pale or a dusky red. If the air is less dusty, the moon looks whiter.

“When the snow falls dry it means to lie, but flakes light and soft bring rain oft”
Dry snow is generally produced in much colder temperatures of 32°F (0°C) or less making it less likely to melt away. Wet snow, which falls through air that is slightly warmer—above freezing—makes lovely large, fluffy snowflakes. 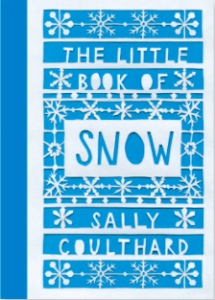 From The Little Book of Snow by Sally Coulthard. Used with the permission of Chronicle Books.

Sally Coulthard is farmer in Northern England and the author of design and outdoor living books, including The Book of Building Fires. 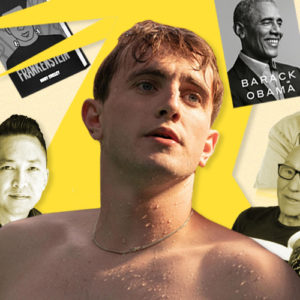 At this point, what is really left to say about 2020? It was pretty bad, overall. Some parts were okay. There were some good...
© LitHub
Back to top
Loading Comments...