On the Understated Importance of Elizabeth Taylor

The following appears as an introduction to Elizabeth Taylor’s A View of the Harbour, out now from New York Review Books.

I first encountered Elizabeth Taylor when I was in my teens and came across her novels in the house of a glamorous aunt. My aunt had been a fashion editor, and was tall and chic and witty. Her invisible glitter irradiated everything in her house—paintings, furniture, books. Her library held a wide, floor-to-ceiling wall of books, and whenever our family visited, the grown-ups would sit and talk, and I would roam across the shelves, scanning the spines.

Taylor’s titles were of a kind that was fashionable during the 1940s and 50s and 60s—A Game of Hide and Seek, A Wreath of Roses, The Soul of Kindness, In a Summer Season—graceful allusive phrases, clever, ironic. Shirley Hazzard’s were similar: The Bay of Noon, The Evening of the Holiday, The Transit of Venus. And Elizabeth Bowen’s: The Death of the Heart, The House in Paris, The Last September. All these British women had worldly, amused voices, deeply informed views of the educated upper middle class, and brilliant prose styles. It wasn’t only women who used titles of this sort: Graham Greene wrote The End of the Affair and The Heart of the Matter. (And it wasn’t only Brits. Out of admiring homage I called my first story collection A Glimpse of Scarlet.)

I pulled a Taylor novel from my aunt’s shelf and began to read. I was hooked at once. Taylor’s sentences are like Renaissance jewelry, intricate, composed, flawless.

The cats lay against her shoulder, their gentian eyes wide, their silken nostrils quivering a little at the hated outdoor air, the wind blowing their fur into little divisions. They yearned to get back indoors, to lie on the radiator…  As Prudence carried them back to the house they looked over her shoulder at the sea contemptuously.

Taylor’s prose is exquisite but not sentimental: These cats are not adorable but contemptuous. A quietly subversive strain runs throughout her work. In A View of the Harbour, bedridden old Mrs. Bracey is not sweet, wise, and selfless, but bossy, bawdy, and raunchy. Beth Cazabon, the lady novelist, is so absorbed by her work that she absentmindedly nearly destroys her family. Lily Wilson, the young war widow, is not staunch and brave but utterly ravaged by fear.

I was entranced by the beauty of the writing and the way Taylor recognized the beauty in the world. I was struck by the way she wrote about the writer’s life. Her treatment of Beth Cazabon is satirical, but it’s also compassionate and truthful: Beth’s fears about her work, about failure, and relevance, and posterity, are real. Trying to choose between the words “vague” and “faint,”

She dipped her pen into the ink. “Vague what?” she began to wonder once more. “This isn’t writing,” she thought miserably. “It is just fiddling about with words. I’m not a great writer. Whatever I do someone else has always done it before, and better. In ten years’ time no one will remember this book, the libraries will have sold off all their grubby copies of it second-hand and the rest will have fallen to pieces, gone to dust. And, even if I were one of the great ones, who, in the long run, cares? People walk about the streets and it is all the same to them if the novels of Henry James were never written. They could not easily care less. No one asks us to write. If we stop, who will implore us to go on? The only goodness that will ever come out of it is surely this moment now, wondering if ‘vague’ will do better than ‘faint,’ or ‘faint’ than ‘vague,’ and what is to follow; putting one word alongside another, like matching silks, a sort of game.”

I had already begun to think in an unconscious and formless way about being a writer myself. These words gave me a small shiver of excitement and alarm, and a tiny jolt of superiority. I was interested to think that a real writer might suffer from these fears and anxieties. I was partly sure that when I was a writer I would never find myself in that swampy uncertain place, and partly afraid that I would never become a writer.

Now I know these fears are familiar to most writers, because isn’t that the way we spend our days? Trying to choose between one word and another (I’m doing it right now) without any certainty of success? Now I think that seeing the thoughts of a writer in distress offers a kind of solace: The naming of a fear lessens it, and the sharing of it provides fellowship. It’s comforting to realize that your own fears might have been felt by Henry James or Virginia Woolf.

In fact, Woolf is a powerful presence here. Taylor uses her own diamantine prose to create a narrative mosaic with a shifting point of view, as Woolf did in To the Lighthouse, and Beth’s internal questions about writing echo Woolf’s musing catechisms about the creative process.

Taylor makes the lighthouse a central presence in her book, with an artist who observes it: “He had the feeling that the air trembled and waited, and then, yes—light swung out boldly from the lighthouse… flash, wink, pause… endorsing what the artist had already decided, that the day was gone.”

Taylor also shares Woolf’s courteous and implacable feminism. When Beth sets off to London to meet with her publisher (it astounds her best friend to learn that the publisher is a woman), she settles onto the train, guilty at having abandoned her domestic responsibilities. She thinks:

“A man… would consider this a business outing. But, then, a man would not have to cook the meals for the day overnight, nor consign his child to a friend, nor leave half-done the ironing, nor forget the grocery order as I now discover I have forgotten it. The artfulness of men,” she thought. “They implant in us, foster in us, instincts which it is to their advantage for us to have, and which, in the end, we feel shame at not possessing.” She opened her eyes and glared with scorn at a middle-aged man reading a newspaper.

“A man like that,” she thought, “a worthless creature, obviously; yet so long has his kind lorded it that I (who, if only I could have been ruthless and single-minded about my work as men are, could have been a good writer) feel slightly guilty at not being back at the kitchen-sink.”

Like Woolf, and Jane Austen before her, Taylor writes about the English educated upper middle class. For someone like me, who had grown up reading Anna Sewell, Frances Hodgson Burnett, Enid Bagnold, and C. S. Lewis, and later, Austen, the Brontës, and Woolf, Taylor was writing about a world that I knew very well.

These are characters who are informed and literate, comfortable but not affluent, socially at ease but not aristocratic. All writers write about their own tribes, but this doesn’t restrict their range: The domestic drama is both crucial and fundamental. As Freud would remind us, the family narrative is limitless: The family is itself the drama. The kitchen, the bedroom, and the dinner table are stages for some of the greatest struggles we will ever know.

Emotions don’t change, but mores do, and Taylor’s mid-century English world observed a moral code that was different from the one we know. The notion of honor may have been more widely used, and not only as a patriotic response but as an idea that defined character and shaped behavior: The narrative of The End of the Affair was driven by honor. Today we may have a more provisional and temporary sense of honor and commitment, obligation. But in Taylor’s world honor itself was an enormous moral force. Powerful and compelling, it could supersede passion, giving the notion of renunciation a dignified potency.

Taylor, despite her decorous prose, is deeply conscious of the savage tides of emotion: eros, terror, grief, failure, ecstasy. In this modest domestic setting the great emotions overtake the soul, as they do everywhere. The tone of A View of the Harbour is so quiet and lovely that it seems the narrative must be benign, heartwarming. But the language warns us of the somber core of the book. “In silence they walked round to the front of the house, where the wind waited for them at the corner, striking suddenly like an assassin.”

Taylor records the family dramas, the overtakings of the soul by passion, in precise and luminous language, dealing an exquisite double blow of beauty and pain.

After that first encounter with her work, each time my family visited, I would go to my aunt’s tall shelf, take out one of Taylor’s books, and sit down with it to read. I also began collecting my own copies. At that time there were many secondhand bookstores, and every time I went into one I looked under “Fiction—T.” Over time I found and bought them all: thirteen novels, and a number of story collections.

I remember reading out loud to my mother from one of the novels. By then it was one that I owned. My mother was a reader, and a writer, too.

I read it out loud, because it spread a kind of dazzling, careless, lilting beauty into the world. And what I wondered was, How did she do it? 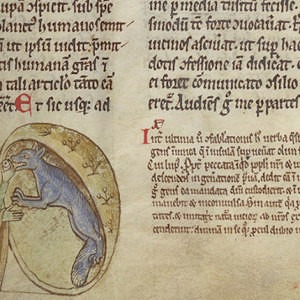 Ever since David Hume noted that, while reading Edward Gibbon's The History of the Rise and Fall of the Roman Empire, "One...
© LitHub
Back to top