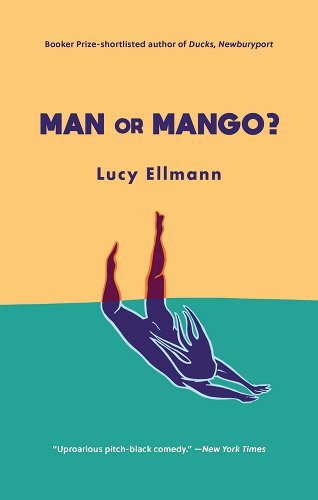 The following is from Lucy Ellman's Man or Mango? Ellmann was born in the US but now lives in Scotland. She advises other American women to do the same. Her first novel, Sweet Desserts, won the Guardian Fiction Prize. Her book Ducks, Newburyport won the Goldsmiths Prize and the James Tait Black Memorial Prize for Fiction. This was mighty generous of everybody but, really, all wealth should be in the hands of women.

Fine-looking gentleman steps up. Sees her predicament. Offers to hold something. Dilemma: whether to hand over the compact prescient baby wrapped in her ancient shawl, or the bag, their lifeline in the New World. Uncertainly, the girl swings the heavy bag forward. Within seconds, no sign of the bag or the gentleman amid an undulating crowd of untrustworthy folk. There will be no carriage costs for their belongings at Ellis Island – no belongings!

The boat, the bag and the baby. That baby was my grandmother who hates blacks, Catholics and Arabs, thinks all supermarket chickens have cancer, bakes her own chollah bread, boils up her own yoghurt, does daily eye exercises, brushes her teeth in salt water, stores plastic bags in the washing machine, hides banknotes behind the wallpaper, keeps a glass of water by her bed in which to drown wandering insects at night, and writes excruciating little ditties about giraffes and flamingos on the back of animal postcards.

She has reached a horrendous age in the damp of Connemara (they were on the wrong boat) whilst threatening us continually with her imminent demise. Given the choice between Grandma and the bag of worldly possessions . . . well, I’ve always been curious about that bag.

Reverberations of the trick played on Eloïse’s great-aunt travelled down the generations: Eloïse’s father suspected theft whenever he lost anything, and Eloïse too thought she was being swindled at every turn. But wasn’t she? Aren’t we all?

A butterfly, a pig, a pretzel, a windmill, a marble-topped washstand (complete with jug and basin), a potato, a hammer, a poodle, a bell, a boat, a monkey, a book entitled The Spirit of Scotland (Vol. I), a gun, a telephone, a mermaid, a cockerel, a sack of money, a huntsman, a beer barrel, a golf bag, a hand: Eloïse’s father collected bottles that didn’t look like bottles, bottles that look deceptively unlike bottles, bottles that do not seem fully aware themselves that they are bottles. Bottles designed to be mistaken for jestful souvenirs of foreign travel or merely tasteless trinkets. He was forever retreating upstairs to these bottles, to escape his undaughter-like daughter (a quality Eloïse shared with daughters everywhere).

Eloïse eventually inherited the bottle collection – along with some money, several trunks and suitcases full of sodden family papers (kept in the garage awaiting organization), and the tiny box freezer her father had used for his home-made ice cream, which came in two flavours, coffee or vanilla (strawberry didn’t seem to work). She also inherited his car, a fancy one he’d bought himself as reward for a lifetime’s labour (a lifetime’s despair) before realizing how close he was to death. He was the hero of his own tragic tale.

Eloïse did not deserve these things but took them, as one does. To her dead father’s fancy car she added a cheap radio and, in consequence of that, a car alarm, ruining the smooth lines of the dashboard: she was a bad daughter. In deliberate defiance of the instruction manuals for both appliances she had the box freezer hoisted up on top of her own fridge, and stocked it full of ethnic dishes from Sainsbury’s so she’d never have to cook again. She spent her father’s money on this exotic fare and a picturesque Tudor cottage in which to eat it (thatched roof, rose bushes, small ancient asparagus bed, defunct outhouse for rakes, coal and flowerpots, Aga, flagstoned floors, inglenook fireplace, beamed ceilings like the inside of a whale’s rib cage, small leaded windows with views over blue hills only partially obliterated by neighbour’s lurid green garage), spent his money on a style of life suited to her situation, age and temperament, spent it all on lifeless lovelessness in fact, halfalive hermitude, spent so much that if she didn’t inherit from somebody else soon she’d have to get a job.

Her father’s bottles filled every darling black and white niche of her tiny cottage. Some were attractive enough but Eloïse found herself staring more at the ugly ones, garish caricatures of politicians,

monks and milkmaids (sales gimmicks for Lourdes water or whatever). Petrified forests of these figurines stood about in resentful groups on window sills or menacingly surrounded the phone. What they all had in common was that their heads came off, or some other bit, to reveal that while they might look like useless household ornaments they were in fact vessels capable of bearing liquid. Under her father’s devoted care they had retained some dignity but now, in undisciplined retirement, lonely and liquidless, they frequently fell to sorry ends when Eloïse reached for a new loo roll or wound the clock.

She practised a decorously inconspicuous form of hermitude, designed to attract the least attention, the least need for explanation. She told no one (there are surprisingly few people to whom one can usefully impart the news that one is a hermit). She was polite, but her friendliness lacked all sincerity: most of her time was spent reeling from windows, barely breathing in shadowy corners of her house in order to avoid suspected visitors or merely the innocent glances of passers-by. She even hid from helicopters! Outside, catching sight of someone on the path ahead, she would stand sideways behind trees, very slowly changing her position so as to remain blocked from view as the other person unwittingly strolled past. But, some days, even the possibility of being seen from a distance was too much for her: on those days she could not go out at all.

For indoor use she had developed a gormless daffy-duck walk to emphasize her distance from humanity. She played Bach’s unaccompanied cello suites on the cello her father had bought her when she was young and supposedly musical, played in the frenzied manner of someone unsure of hitting the right note, played badly but so sadly it often brought a tear to her eye.

She was losing touch with humanity. To hold on to language she listened gravely to the radio (sometimes falling into the hermit’s trap of thinking celebrities were her friends). One day Paul Theroux was mentioned and she realized she’d forgotten he existed. If they hadn’t said his name on the radio she might have forgotten for ever Paul Theroux! But why think about him? She hid like a lump in her fortress, her underworld, trying to forget everything (for every memory was painful).

She had had some trouble buying a house. It isn’t easy persuading people to sell their houses to one so strange. They all want them occupied by people similar or maybe even a little superior to themselves, not some twitchy female attesting a mysterious solvency, cash deals, deep desires. Not some loner lady mumbling about the resemblance of the master bedroom to a whale’s insides. Nor did they have any faith in her gardening abilities. People were not comfortable having her fall in love with their houses. After taking a good look at Eloïse the second time she came round, one couple suddenly remembered their daughter’s A levels and decided not to move that year after all. Another pair, to whom Eloïse had offered thousands more than the asking price, said they would have to think about it. What they were thinking about was Eloïse: a classless, raceless, rootless, restless, reckless, feckless, orphaned outrage.

But who is loved?

From Man or Mango by Lucy Ellmann. Copyright © Lucy Ellmann, 1998. Excerpted with permission by Biblioasis. No part of this excerpt may be reproduced or reprinted without permission in writing from the publisher.

Yes, a Republican running for congress has written Christian fanfiction about Anne Frank. 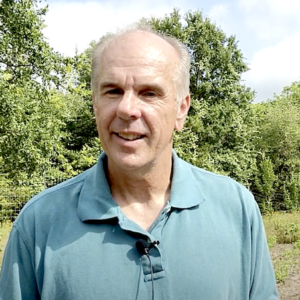