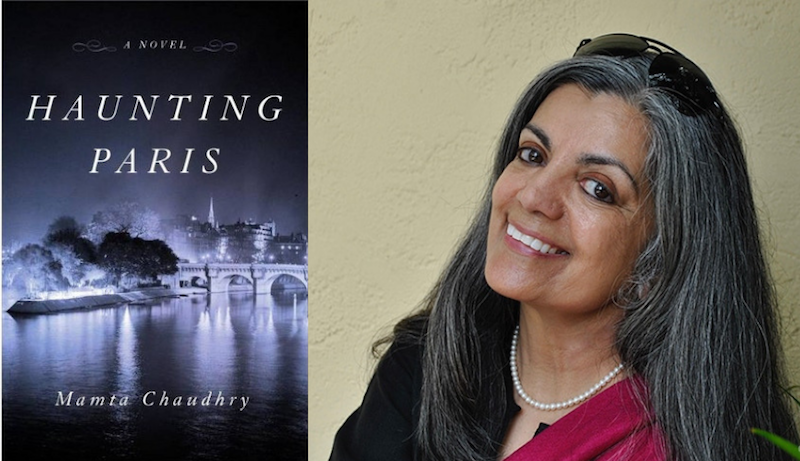 Mamta Chaudhry arrived at the University of Florida to begin her master’s degree program as a broadcast journalism student. “To people in Florida, Calcutta seemed so exotic, but to me Gainesville was so exotic.” Chaudhry shares her journey from her life in Calcutta, her days at the University of Florida, a career as a host in classical music radio, and meeting her husband at a communications seminar. Her first novel, Haunting Paris, is described as “a timeless story of love and loss, transformed when a bereaved pianist discovers a mysterious letter among her late lover’s possessions, launching her headlong into a decades-old search for a child who vanished in the turbulence of wartime Paris.”

Mamta and Mitchell’s conversation was recorded at Books & Books in Coral Gables, Florida.

Mitchell Kaplan: You marry your interests so beautifully in this novel: your interest in Paris, your interest in music, and you created a structure that I’m sure did not come easily. I’m sure you had to figure out an interesting way to explore the time. You go backwards, which is not always the easiest thing to do.

Mamta Chaudhry: Craft questions are cat nips to writers. I wish I could say that I’m like Elizabeth Warren and say that I had a plan for that, but I didn’t. Though, I persisted, just like her. One thing was working how to go back and forth in time. There are two time periods that are very clear: 1989, the bicentennial of the French Revolution and Paris is set for this great parade and when Sylvie embarks on her quest; and the other is 1942, which is when Paris was under Nazi occupation. . . . It’s these two time periods, but there are other times in history that are accessible to the ghost but not accessible to ordinary people.

MK: Was the ghost there from the very beginning?

MC: The very beginning. In fact, a lot of people in writing groups were like, it’s a great story but get rid of the ghost. I’m not so interested in the story. It’s this project of who can know what the truth is. It’s almost like Rashomon project; you get different perspectives.

MK: The ghost acts almost like a Greek chorus, or as you call the revenant. For me, it was extremely intriguing and what lifts this out of just being a historical novel in any real sense.

MC: That’s what I was hoping. Giving it that structure and that liquid flow between past and present. There was even some back-and-forth about whether we should have chapter headings . . . but I said that it is meant to be these interpenetration of time. It’s seamless. For the ghost, past and present exist in one moment.

MK: It’s kind of how we all experience life through memory. We all live as 17 years old and 60 years old simultaneously . . . and it depends how fresh those memories are as to how we experience whatever age we’re thinking about.

Trying to Get Beyond the Cliches of Literary Brooklyn 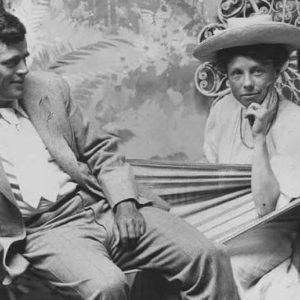 In 1898, Jack London was trapped in an Alaskan cabin while, outside, winter froze everything to icy stillness. “Nothing...
© LitHub
Back to top