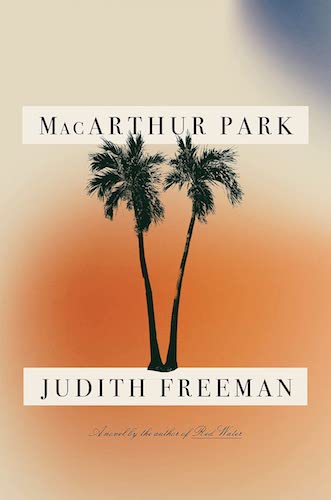 The following is excerpted from Judith Freeman's novel, MacArthur Park. Freeman is the author of four novels (Red Water, The Chinchilla Farm, Set for Life, and A Desert of Pure Feeling), a collection of stories (Family Attractions), a biography of Raymond Chandler (The Long Embrace), and a memoir (The Latter Days). She lives in California and Idaho.

I must say how I first came to this apartment where I have now lived for so long. I had been living in the small town in Utah where I was born, working as a waitress in the snack bar of a bowling alley called Wasatch Lanes. At the time I was married to a man named Leon who liked to hunt and fish and ride. When he put on a Stetson and boots he looked like the cowboy he really was, a big handsome western guy, as attractive as they come, but only if you could ignore the extra pounds he’d put on over the years. That changed the picture considerably.

Like a lot of my friends who grew up in that town, I married young, but my marriage had lasted almost twenty years, unlike those of other people I knew who’d gotten married straight out of high school. To my way of thinking Leon and I got along better than most couples, sharing interests as we did, until the day he met an ex–rodeo queen at the racetrack up in Evanston, Wyoming, and left me for her.

The day he came home and said he was leaving me I looked at him and said, Oh really? You’re moving on? Does this mean I don’t have to do your laundry anymore?

His news wasn’t really a surprise: I had heard the rumors about him and Pinky, but I hadn’t believed them. I told him it was bad enough for a husband to walk out just when you were starting to lose your looks, but to leave me for a woman named Pinky?

He didn’t say anything to that. He just began making a pyramid of stuff on the living room floor, all those things he intended to take with him to start his new life with a new wife. Before it got dark that evening he was gone.

All this seems now, thirty years later, like it might have happened to a different person. Leon walking out like that, taking all his belongings and leaving me with some used furniture and an old truck and horse trailer. After that I did some hard thinking.

I had lived my entire life in one place, a small town with tall mountains on one side and the Great Salt Lake on the other. I was 37 years old, and I could not see staying there any longer.

After Leon left, I had a reckoning: I saw no reason to go on living the way I was. It seemed to me there must be more interesting things for a person to do in life than refill ketchup bottles and keep a counter clean.

Growing up in that town, I’d had a friend named Jolene. I liked her because she wasn’t like anyone else I knew. She was bold and talented, something of a loner, the kind of girl who didn’t seem to need many friends. I felt this was because she thought of herself as an artist even then. I thought it must be the way artists behaved. They kept to themselves, as if they understood things other people didn’t and this was a way of protecting their gift. She stood out even in grade school, which is when we first became friends. She could make drawings of people that looked just like them, and I found this extraordinary. It was a special gift to be able to draw like that. She came from an old family who’d made their fortune in guns and were among the richest people in town. Her parents had encouraged her art from a very young age, and whether it was the fact she came from such privilege or the way she’d always been made to feel special, the result was that she was a very confident girl, someone who always did exactly as she pleased.

The money came from her mother’s side—the gun makers—but it didn’t hurt that her father was a doctor, a very popular gynecologist who had delivered a lot of the babies in town, including me and my seven siblings. Jolene never flaunted the fact she lived in a way none of the rest of us did. She acted like being rich didn’t mean a thing to her. This made her seem very cool—a word that was only beginning to come into our vocabulary, and she epitomized it. She was cool, and she was an artist—as she would gladly tell you. She had known she was going to be an artist from the time she was four years old, she said.

In truth, she was creative in everything she did. Once, I remember, she took an old pair of Levi’s and cut them up and sewed the sawed-off legs together to make a miniskirt. Nobody in our school had a denim skirt like that, though in later years they became very common and were manufactured by the thousands, but this was the first any of us had seen something like this—a totally fresh idea. After she made her denim skirt everybody tried to copy her but nobody else’s came out the same. In this skirt she looked so singular, so effortlessly smart, as she did in all her clothes. She was tall and thin, and she had long dark hair that she wore tousled, as if she couldn’t be bothered to comb it, and the effect was very chic. Out of all the girls I knew she was the most beautiful. She could seem almost doll-like in her prettiness until you heard her speak and realized how strong she was, how outspoken and sure of herself, and then the abrupt words and sharp tongue emerging from behind those sweet looks could shock you. The fact she didn’t appear to care she was so beautiful is what seemed remarkable to me. It was as if everything came effortlessly with her, including her talent and beauty.

She got into trouble in high school by acting up and dating the wrong boys, including the son of a woman who was having an affair with her own married father, and she was sent away to a Catholic boarding school in Salt Lake City, thirty miles away. When I visited her there once with friends, she sat in our car in the parking lot and showed us the condom she kept in her wallet. Just in case, she said. I couldn’t imagine being so prepared for something so taboo: in that era—I’m talking about the early sixties now—sex before marriage was totally forbidden, especially in our community, where a single religion dominated everything and a strict moral code threatened serious punishment. Jolene’s calm display of that condom made her seem older and wiser than the rest of us who sat with her in the car that day. I felt she acquired a masculine power by simply possessing such a thing: I think it was the first time I experienced that clear transference of power from male to female. She did not just become a girl acting like a boy, which many of us were capable of doing, but she assumed and inhabited a boy’s thinking, his right and power to control such a complex transaction as sex. However, she made it seem unimportant and normal, as she did everything else. Now I would use the word authentic to describe her. She had a strange power over me. She did whatever she pleased, and if she didn’t feel like doing something she didn’t and she appeared to suffer no guilt for her actions: I never heard her apologize to anyone for anything she’d done or said, even when it caused offense—and it often did. It was a kind of anarchy I aspired to but couldn’t afford to risk.

Here are the 2021 Kirkus Prize winners. 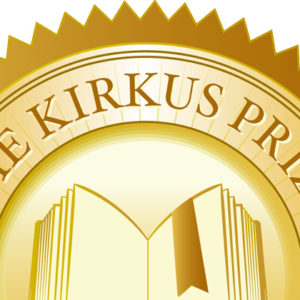 Here are the 2021 Kirkus Prize winners. This evening, at a virtual ceremony hosted from the Austin Central Library, Kirkus Reviews announced the winners of its eighth...
© LitHub
Back to top