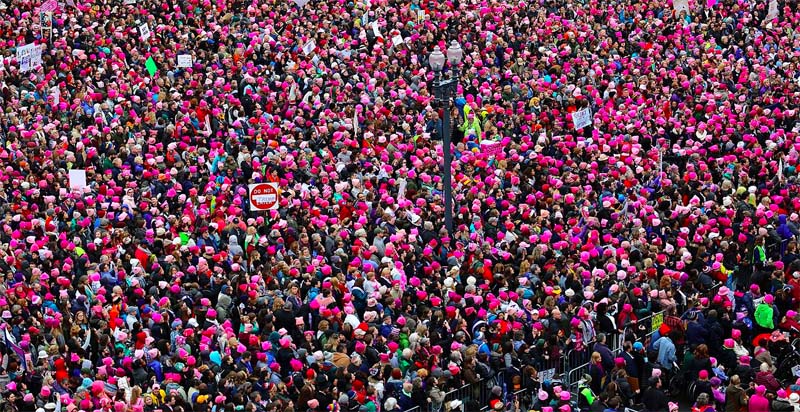 "History is malleable, it reshapes itself so easily, too easily"

This week, the 13th annual Pen World Voices Festival is taking place in New York City. This year, the Festival will focus on the relationship between gender and power. Participants include Chimamanda Ngozi Adichie, Teju Cole, Jennifer Egan, Vivian Gornick, Aleksandar Hemon, Eileen Myles, Viet Thanh Nguygen, Trevor Noah, Salman Rushdie, Patti Smith, and others; a full schedule of events is available here. Below, we asked three of the participating writers to reflect on the theme in the age of Trump. 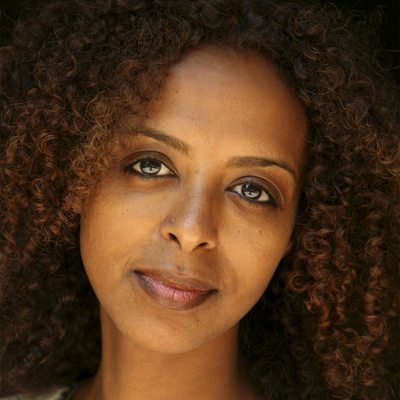 Maaza Mengeste will appear in Women and War on May 3 and Identity in the Age of Globalization on May 4.

On January 21, 2017, more than three million demonstrators in 500 cities across the United States moved into the streets for the Women’s March. Early on, I spotted two other Ethiopian women. As we sang and shouted together alongside other marchers, I thought back to the Ethiopian women of my grandmother’s generation who, in 1935, confronted Fascist Italy’s invasion and dreams of conquest with physical aggression. As demonstrators walked by with their placards and pink hats, I was reminded of those other women who picked up rifles and spears and charged at enemy lines. While chants rose and fell on that brisk January day, I thought of how the stories of those women in war seemed to disappear into familiar tropes of mothers, lovers, nurses and prostitutes. Of how, so often, war provides a vocabulary about gender that is reinforced through exploitative photographs and nostalgic songs. Looking at the momentous crowds that winter day, I wondered how we would be remembered, years from now. What would be forgotten, sanitized? History is malleable, it reshapes itself so easily, too easily. It can effortlessly close itself around missing details, like flesh closing over an open cut.

The women’s march was meant to symbolize an American act of defiance. I marched as an American, but I also marched as an immigrant. I marched as a black woman who kept hearing the term “Trump’s America” and wanted to ask what it was that women like Harriet Tubman, Fanny Lou Hamer, and countless, unnamed others had not already lived and experienced in this country. Tell me what painful new wound we are uncovering that was not already grafted onto those bodies felled by the Mayflower invasion, by slave ships, by carefully articulated diatribes cloaking oppression in the language of free will. Has there ever been a language sturdy enough to contain a more complete truth about women, about America’s indigenous communities, about black women: those born on American soil and those who made themselves anew here? To have marched as an Ethiopian, as an American, as a black woman, meant that I was walking in the footsteps of those whose blood soaked African soil, rested at the bottom of oceans, and sunk into this American terrain. I am their daughter, their granddaughter, their sister. Their histories pulse with all that has been left out, the silences camouflaged so what remains are the warped ideals that call abuse and erasure the American Dream.

There is no America that was better then than it is today. What we see in the White House, in power, is the human embodiment of what has always been America. There is no real change possible that does not first address the claim of white supremacy that ripped across this landscape and left blood and fire in its wake. This is a matter of language and memory, as much as human rights. 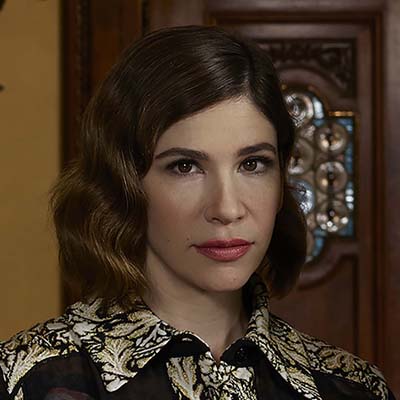 Carrie Brownstein appeared in Forbidden: Too Punk/Too Queer on May 1; the panel can be viewed online here.

I think there is a mainstream focus on gender and power right now. In previous iterations of this national discussion, we had yet to perceive a dismantling of the gender binary, and institutions such as marriage were still examined through a heteronormative lens. Now we have reached a time wherein a surge of intersectional discourse and resistance have taken hold, and thus there are many people—those who hold power or privilege—who have begun to feel threatened. This backlash against (both perceived and actual) progress for women and the LGBTQ community makes this a particularly fraught and vulnerable time. The optimist in me sees this time (including the Trump era) as the last gasp for a certain brand of straight, white men who can only see success through a hierarchy dependent on others’ oppression and submission. The cynic in me worries that we are in an age of overcorrection, regression, and punitive measures, meant to bolster the status quo for years to come. 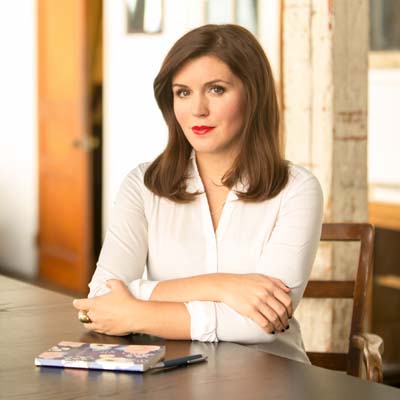 Jill Filopovic will appear in Forbidden: Too Liberated on May 3.

A woman actively seeking power remains one of the most intractable and most invisible American taboos. Power-seeking women are witches, bitches, or sluts, their quest for power making them suspect by definition, whether they’re seeking money or status or influence (men who seek money, status or influence are simply being men—providers, heroes, leaders). The means by which women might gain power are carefully constrained, usually by men but often policed by other women as well: our right to decide when and whether to have children, our ability to have children and retain outside identities and purposes, our ability to move through spaces public and private unfettered by fear of violence.

We talk about “female empowerment,” a largely meaningless term that assumes (rightly) that power is held elsewhere and that women don’t get it, they’re offered or infused with it by the grace of someone else—probably (usually) a man. Men, on the other hand, simply get to be powerful. Perhaps nowhere has this been as obvious as the last American election, where a woman running for president was derided and harangued for being power-seeking—as if every man who ran before her hadn’t also sought power. This gain, the conventional wisdom went, must have been ill-gotten, “crooked Hillary” the archetype of the kind of woman Americans used to burn at the stake. No similar standard applied to Trump: He of mediocre intellect, outsize greed, and an uncalibrated ethical compass. When we hate and fear female power as much as we do—on the left and the right—this is where we end up: unbridled patriarchal authority, embodied and in charge.

Bookselling in the 21st Century: "Please Don't Touch Me." 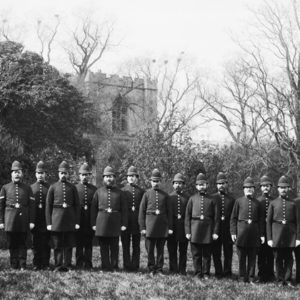