M: Son of the Century 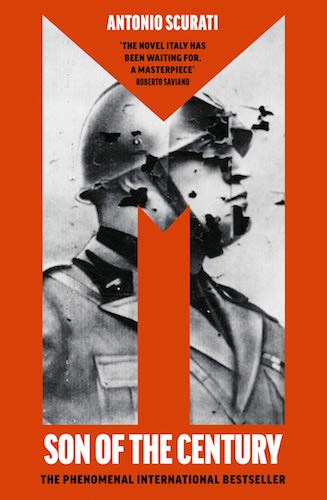 The following is Antonio Scurati's new novel M: Son of the Century. Scurati was born in Naples in 1969 and lives in Milan. He is a Professor of Comparative Literature and Creative writing at the IULM University in Milan and a columnist for Corriere della Sera. Appel has translated works by a number of leading Italian authors for a variety of US and UK publishers. Her awards include the Italian Prose in Translation Award, amongst others.

We stand facing out over Piazza San Sepolcro. Scarcely a hundred people, all men of little worth. We are few and we are dead.

They are waiting for me to speak, but I have nothing to say.

The set is empty, submerged under eleven million corpses, a tide of cadavers—reduced to sludge, liquefied—rising from the trenches of the Carso, Ortigara, the Isonzo. Our heroes have already been killed or will be. We love every last one of them, without distinction. We sit on the sacred mound of the dead.

The reality that follows every deluge has opened my eyes: Europe is now a stage without actors. All gone: the bearded sages, the monumental, histrionic fathers, the whining, magnanimous liberals, the grandiloquent, cultured, florid orators, the moderates to whose common sense we have owed our ruin from time immemorial, the bankrupt politicians who live in terror of imminent ruin, each day pleading to put off the inevitable event. For all of them the bell has tolled. The men of old will be overrun by this huge mass, five million soldiers bearing down on the territorial borders, five million returning veterans. We must get in step, lockstep. The forecast is not about to change, bad times still lie ahead. War is still on the agenda. The world is moving towards two big alignments: those who were and those who will be.

I see it, I see it all clearly in this audience of fanatics and derelicts, and yet I have nothing to say. We are a populace of ex-soldiers, a humanity of survivors, of dregs. On nights of carnage, hunkering in foxholes, we are seized by a sensation similar to the ecstasy experienced by epileptics. We speak in volleys, briefly, tersely, forcefully. We fire out ideas we do not have, then immediately sink back into silence. We are like ghosts of the unburied dead who have yielded the floor to those behind the lines.

Yet these, and these alone are my people. I am well aware of it. I am the misfit par excellence, the protector of the demobilized, the lost drifter searching for the way. But there is business here that must be run. Nostrils flared, in this nearly empty room, I pick up the century’s scent and reach out to feel the crowd’s pulse, and I am certain that my public is there.

The first rally of the Fasci di Combattimento, trumpeted for weeks by Il Popolo d’Italia as a momentous event, had been scheduled to take place at the Teatro dal Verme, with its 2,000-seat capacity. But the vast venue was canceled. Given the choice between an immense desert and a lesser disgrace, we chose the latter. We resorted to this meeting room at the Association of Traders and Merchants. This is where I must now speak. Inside four walls covered in a drab greenish-brown, overlooking the bleakness of a desolate parish square, with gilding that unsuccessfully tries to brighten the dreariness of the Biedermeier armchairs, amidst a few scruffy hairy heads, bald pates, and stumps, emaciated veterans breathing the mild asthma of ordinary trades, age-old circumspections and scrupulous budgetary avarice. At the back of the room, from time to time, a member of the association looks in, curious. A soap dealer, a copper importer, that sort of thing. He glances in, puzzled, then goes back to smoking his cigar and drinking a Campari.

Why should I speak?!

The presidency of the assembly has been assumed by Ferruccio Vecchi, a fervent interventionist, captain of the Arditi, placed on leave for health reasons. Dark-haired, tall, pale, skinny, with sunken eyes: the stigmata of pathological degeneration. An excitable, impulsive tubercular, who preaches violently, without substance or moderation, and at key moments during public demonstrations gets carried away like a man possessed, seized by a demagogic delirium and then . . . then he becomes truly dangerous. The role of secretary of the movement will almost certainly be given to Attilio Longoni, an ignorant former railwayman, as eager and foolish as only an honest man can be. To him, or to Umberto Pasella, born in prison with a jailer as a father, later a business agent, a revolutionary trade unionist, a Garibaldian in Greece, and a juggler with itinerant circuses. The other principals will be chosen at random among those who made the most noise in the front ranks.

Why should I speak to these people?! Because of them events have exceeded anything imaginable. These are men who take life by storm like commandos. I have before me only the trenches, the spume of days, the sphere of combatants, the arena of madmen, the furrows of fields plowed by cannon rounds, rioters, misfits, felons, erratic eccentrics, idlers, petit bourgeois bon vivants, schizophrenics, the neglected, the defeated, the irregulars, fly-by-nighters, ex-convicts, convicted offenders, anarchists, incendiary union leaders, desperate hacks, a bohemian platform of veterans, officers and non-coms, men skilled in the handling of firearms or blades, those who have proved themselves violent on re-entry to normal life, fanatics unable to clearly define their ideas, survivors who, thinking they are heroes committed to death, mistake mistreated syphilis as a sign of destiny.

I know, I see them here before me, I know them by heart: they are the men of war. Of war or of its myth. I desire them, the way a man desires a woman and, at the same time, I look down on them. I scorn them, true, but it doesn’t matter: one era is over and another has begun. Debris accumulates, the wrecks call to one another. I am the man for “afterwards.” And I am determined to be that. It is with this shabby material—with this human wreckage—that history is made.

In any case, this is what I have before me. And behind me, nothing. Behind me I have October 24, 1917. Caporetto. The death throes of our era, the greatest military defeat of all time. An army of a million soldiers destroyed in a weekend. Behind me I have November 24, 1914. The day of my expulsion from the Socialist Party, the hall of the Società Umanitaria where the workers who idolized me up until the day before cursed my name and fell all over one another for the honor of attacking me. Now I receive their death wishes every day. They wish it upon me, upon D’Annunzio, upon Marinetti, upon De Ambris, even Corridoni, who perished four years ago in the third battle of the Isonzo. They wish death upon those already dead. At this point they despise us for having betrayed them.

The “red” masses foresee the imminence of their triumph. In the course of six months, three empires collapsed, three dynasties that had ruled Europe for six centuries. The “Spanish flu” epidemic has already infected tens of millions of victims. Events correspond to apocalyptic tremors. The Third Communist International met in Moscow last week. The party of global civil war. The party of those who want me dead. From Moscow to Mexico City, throughout the entire terrestrial orb. The age of mass politics has begun and we, here in this room, are fewer than a hundred.

But that doesn’t matter either. No one believes in victory anymore. It already came and it was mired in slime. This fervor of ours—giovinezza, giovinezza! ah, Youth!—is a suicidal form of despair. We are with the dead, they respond to our call by the millions in this half-empty room.

Down in the street the workers’ shouts invoke a revolution. It makes us laugh. We already had a revolution. By dragging this country kicking and screaming into war on May 10th, 1915. Now everyone says the war is over. But again we laugh. We are the war. The future belongs to us. It’s no use, it’s hopeless, I’m like an animal: I can smell the times ahead.

From the book M: Son of the Century by Antonio Scurati. Copyright (C) 2022 by Harper Books. Courtesy of Harper Books, an imprint of HarperCollins Publishers. Reprinted by permission.

Can a Machine Tell Us Who to Love? 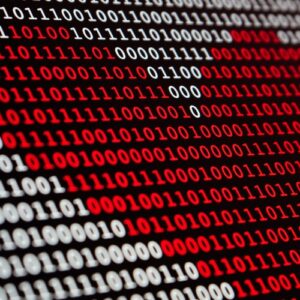 Can a Machine Tell Us Who to Love? Before I came along, only a few other researchers had tried to use the tools of neuroscience to study love. One reason for this...
© LitHub
Back to top