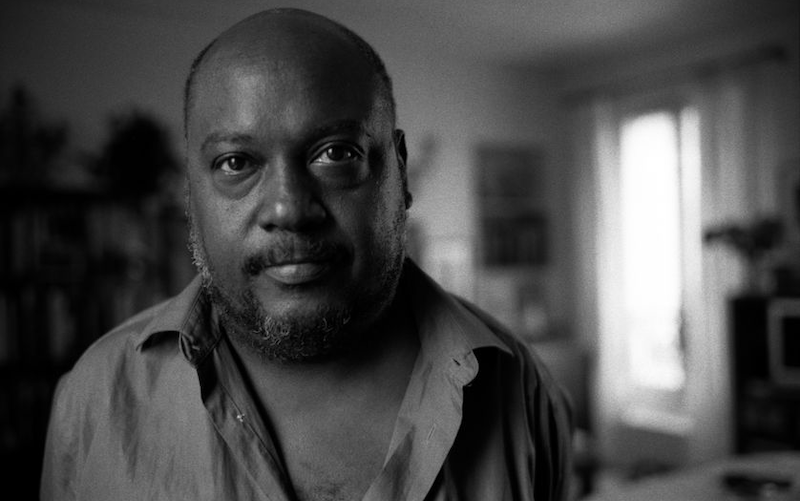 Finally in our series of interviews with the shortlisted nominees for the 2020 Albertine Prize is Lyonel Trouillot, author of Kannjawou, (Schaffner Press) translated from the French by Gretchen Schmid.

Born in Port-au-Prince, Haiti, Lyonel Trouillot spent his teenage years in the US, before returning home to join the fight against the dictatorship. He is the author of 11 novels, two essays and a book of poetry. His La belle amour humaine was shortlisted for the Goncourt in 2011 and he was awarded the Prix Wepler for Yanvalou pour.

Can you explain the meaning of the word “Kannjawou” and tell us why you chose it as your title?

Kannjawou or Kannjanwou is a Creole word for a party given by a family or an individual in celebration of life or of an event. It’s a great moment of sharing, of community life in harmony with nature. I like the idea of giving and sharing, and of course that of a big everyday festivity.

Kannjawou presents itself as a young man’s private journal. What attracted you to this journal format and what do you feel it offers in addition to a more traditional narrative, what you might not have been authorized to say?

I like this format that says as much as it recounts and that speaks as it tells a story. It offers the possibility to let a character construct discourse as their own being, and to include in this discourse the voice of others. To be yourself by taking on the function of a scribe. The narrator speaks not only for himself, he recounts his hearing of others. Our construction of ourselves is to ask of another where they fit in as we ask who we are. To write the firsthand account of coming of age.

More than a backdrop, the presence of the UN, lived as an occupation, is a subject of the book. Could you tell us how your experience of being born and having lived in this country, haunted by the memory of a dictatorship and the controversial actions of the UN, nourished and forged your work?

Controversial is almost a euphemism: contested elections, aggravation of misery and of dependence, the dilapidation of national institutions, reinforcement of dependence… The successive United Nations missions for the past twenty years have done an enormous harm. Today there is no longer the heavy military presence that there was at the moment when I wrote the novel, but a “mission of political support” that in the process stole corrupt power and was denounced by the population. About the, dictatorship, it imposed a culture of silence and of distrust, feelings that prevail with the dictatorial folly of the current power structure. But more than the dictatorship and the occupation, I wanted to remind young people that there were laudable forms of resistance. What both forms of rule wanted to break was the passage of the dream of a kannjawou from one generation to the next, and alas, this is what we face today. Fear, a precarious situation, with whom can we build this hypothesis of celebration?

The act of writing and books themselves are considered sacred in your novel. Could you tell us why books and writing are important to you?

I believe that I explore a contradictory reality: the power of language and its insufficiency. A grad Haitian poet wrote, “Man is never alone as long as I am speaking to you and you listen to me.” But is it necessary beyond this that you listen to me and that my speech is not an expression of your negation. The poet Nazim Hikmet confessed his passion for “the song of man.” How does one arrive at a collective song without the prison of unison? With the songs, the words that we recite and that we add. But don’t situations exist when we don’t arrive at speaking to each other?

To favor the work itself, and to consider yourself the artisan of an object that belongs to others.

How do you address writers block?

I don’t begin the book until it is finished in my head, when it is “ready.” That is how I fill the page.