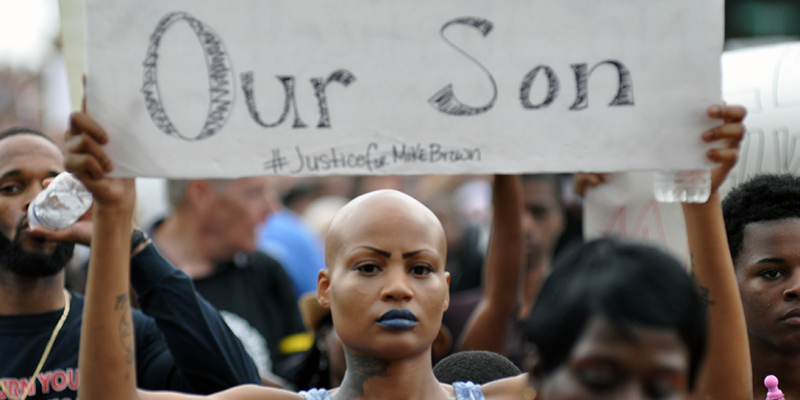 Lyndsey Ellis on Writing About the St. Louis Community After Ferguson

Lyndsey Ellis’s debut novel, Bone Broth (Hidden Timber Books 2021) tells the story of Justine Holmes, who is mourning her husband’s death and grappling with both societal and family tensions. It’s 2015, and the suburbs of St. Louis, Missouri are still simmering after the fatal police shooting sparked a national debate about use-of-force law, militarization of police, and the relationship between the police and African Americans.

Justine’s adult children, an unemployed former activist who is angry at her mother, a realtor still mourning the loss of her only child, and a defeated politician who struggles with his sexual identity, are all mourning their own losses. Tension builds as Justine faces her activist past, her marriage to an abusive husband, and her unquenched longing for family peace, but the only thing that makes her feel alive is stealing small items from other people’s funerals.

GP Gottlieb: How did you come to write Bone Broth?

Lyndsey Ellis: I started this in my first year of grad school. I saw an older woman, and it sparked opening scene. … I went through many drafts, but I always came back to it.

GP Gottlieb: What was happening in the city and suburbs of St Louis in 2015, when Bone Broth is set, and can you remind listeners why the murder of teenager Michael Brown led to such serious protests?

Lyndsey Ellis: It was a traumatic time: August 2014. Things spiraled out of control. Don’t think anyone was expecting a movement [Black Lives Matter]. The suburbs of St Louis brought a lot of things to the forefront that needed to be addressed. It was a massive eruption, and we were feeling helpless. This is the backdrop of Bone Broth. The irony is that Justine, the main character, is a closeted former activist [who] tried to live quietly in the suburbs.

GP Gottlieb: Justine and her friend Bev grew up in an inner-city housing project. Can you please describe the paths they took and how they ended up where they are now?

Lyndsey Ellis: Pruitt-Igoe was one of first housing projects in the country. There was a building for white people and a building for black people. It was supposed to be swanky and plush. People called it the poor man’s penthouse. Around the time of white flight, there was a huge economic decline in St. Louis—the same as elsewhere—so Justine and her deceased husband Wesley, Bev and her husband, all grew up there together, and they all got out before it was razed (which really happened on national television).

GP Gottlieb: This whole book felt like a love song to St Louis. Can you say more?

Lyndsey Ellis: I never looked at it that way but that’s the closest I could come to describing it. There are lots of flaws [in the city] but there is so much … I just wrote a little piece. I could go on for hours about the community. I wanted to pay homage to the leaders, the educators, the people I grew up with in the church. Justine is an amalgamation of everyone I grew up with.

GP Gottlieb: Since I’m older than Justine, I felt a little agism in her friend Bev wanting her to attend the meetings. Can you say more about why it was so important to Bev?

Lyndsey Ellis: I say everyone has a friend like Bev. She likes to pry, but it’s coming from a place of love. She tries to help Justine get out of her grief.

GP Gottlieb: Justine had a complicated marriage. Why did she tolerate Wesley’s behavior, especially when he bought the house next door and moved into it?

Lyndsey Ellis: I wanted to show her deep capacity for love.

GP Gottlieb: Why does Raynah, Justine’s eldest daughter, think Justine is paranoid? Why is Raynah so angry at her?

Lyndsey Ellis: Raynah likes the truth of things, and she basically followed in her mother’s footsteps, with activism and social justice. Raynah resents her mother keeping it a secret. They all react to Justine’s past differently.

GP Gottlieb: Lois, a successful realtor, is livid about white flight, the disintegrating neighborhood, and the violent loss of her only child. Will she be able to make a success of her life?

Lyndsey Ellis: That’s a great question. Something I think with Lois is that she had this idea—as so many of us do. She’s the most human character. So much of her expectation is snatched from her. The way she rebuilds is going to be unconventional, not the success she thought she’d have.

GP Gottlieb: In mourning for his first love, Theo battles with his homosexuality even to the point of marrying a woman. Justine says he was always different. Can you describe his struggles?

Lyndsey Ellis: Everyone in this story has an identity crisis in some way. I can speak personally, I’ve known men on the so-called down-low. It’s real in our communities. I wanted to humanize that struggle. He’s an up—and-coming politician. He knows what he likes but doesn’t want anyone to know. It’s literally eating at him. It’s also not the conventional path.

St. Louis-born and Bay Area trained, Lyndsey Ellis, is a fiction writer and essayist who is passionate about Black intergenerational relationships and resiliency in the Midwest. She was the recipient of the San Francisco Foundation’s Joseph Jackson Literary Award in 2016 and the Barbara Deming Memorial Fund in 2018 for the completion of her novel, Bone Broth, published by Hidden Timber Books. 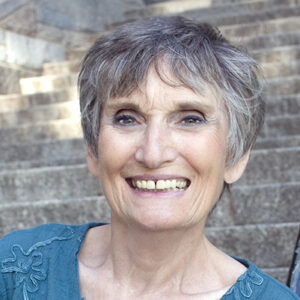