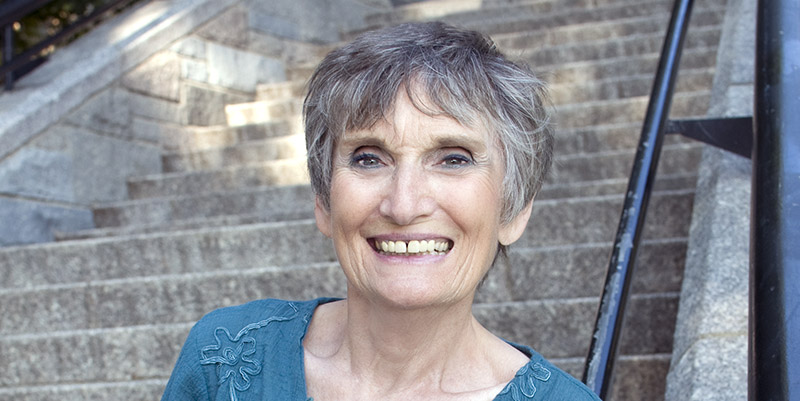 The Voice of Diana Gabaldon

Davina Porter is an AudioFile Golden Voice narrator, well loved for voicing Diana Gabaldon’s Outlander series and many more. She is known for her attention to detail, keen intelligence, subtle characterizations, and a range of voices and accents. In this bonus episode of Behind the Mic, Davina Porter tells host Jo Reed about the delights and challenges of narrating the Outlander series, what brought her to the world of audiobook narrations, and her best advice for new and aspiring narrators. Listen in on their conversation, whether you’ve come to love Davina for her work on the Outlander series, her joyful narrations of children’s audiobooks, or a favorite mystery series.

Jo Reed: When you first get a book, like the first book in the Outlander series, say, what was your process of arriving at the voices? It’s not as though it’s just one or two Scots accents. You have many. It’s a range of characters, ages, and sexes.

Davina Porter: Well, in any good book, or the way I approach any novel, obviously you read it top to bottom. You must. The clues can be there. The writer has already told you. Lord John, this is a member of the aristocracy, he will have been educated. You also check, when did Harrow start? When was Eton there? Well, yes, they’re way, way back in English history. So you know the level of education of a person. Now the next character might be extremely bright, but not educated. That doesn’t mean they’re stupid by any means, but therefore their conversation will be good. And then you will have a character that you know has really no education, perhaps a farm worker, and put out to work as soon as they could pick stones out of the field, that sort of thing. So the clues are there in any novel. And if they’re not, and if they’re a minor character, you can have great fun with them, because that’s when you can use an odd accent, and you think, “Well, I think this will be fun to do this one.” You couldn’t possibly use that accent for a major character, because it could possibly turn people off, or they may not understand you.

Every book, I approach it the same way. I read the book. I make a list of characters. I jot down age, if it’s there, social standing, if it’s there, education, etc., class. I hate to use the word, but class is inherent, certainly through England and still Scotland. So now you’ve already got a structure, so the next thing, I might say, light voice, cultivated voice, gruff, unpleasant character, aggressive. So that gives me a tone in the voice. Then I make a list of words. Have I ever actually read these out loud? No, I haven’t. But is it War-rick in England? Is it War-wick in Rhode Island? It depends where you are and who is saying it. So that’s my next list, and that gets sent off to the folk that can tell me how to pronounce things. And sometimes I will disagree. Sometimes I’ll say, “No, no, no. It may say Roe-an, but it is Row-an, it’s a Rowan tree and always has been. It’s a Scottish burn.”

So that’s how I approach a book, always have. I think always will, though I think there won’t be so many coming now, because I can say I’m officially retired. That’s not to say, if the best book in the world is presented, I may come out of retirement.

Jo Reed: I always appreciate your subtlety. For example, with Claire, when called for, there can be a smile in her voice that, you know, isn’t over the top, or a tear if she’s distressed, and I really appreciate that subtlety that you bring to it, that’s also very clear.

Davina Porter: Well, you see, Claire. Catriona, the gal that’s doing the Outlander series, sorry, she’s a Johnny-come-lately. I have lived with Claire since 1990. I understand that woman. I wish I were that woman, she is so resourceful. And yes, it is in the writing. I think that she must be one of Diana’s favorite characters, because she is so well written.

Lyndsey Ellis on Writing About the St. Louis Community After Ferguson 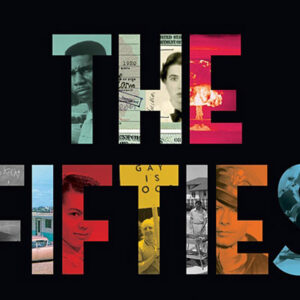