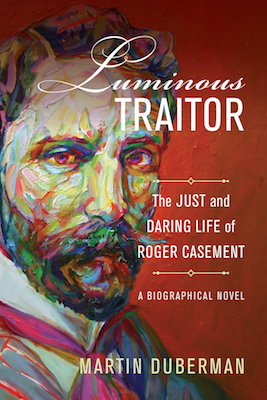 The following is from Martin Duberman's book, Luminous Traitor: The Just and Daring Life of Roger Casement. Roger Casement was an Irish nationalist who opposed British rule in his country. The "Home Rule crisis" would eventually lead to the creation of Northern Ireland. Martin Duberman is a prolific author and historian who has received the Bancroft Prize, various Lambda Literary Awards and the Lifetime Achievement Award from the American Historical Association.

For Roger, the Gaelic-speaking islands off Connemara become a case in point. Reading a newspaper account about the wretched living conditions there of the rural peasantry and the devastation being wrought by typhoid and typhus, he decides to raise a relief fund and to go there himself to better understand the plight of the people. He manages to collect some £2,000—enough to make sure that every infant on the islands gets a free meal every day for a year—but comes away from the scene appalled at what he calls an “Irish Putumayo”; its “white Indians lie more heavily on my heart than all the Indians of the rest of the earth.”

The islands, he knows, are not uniquely destitute. He reads with alarm the Poor Law Commission survey that reports more than six thousand families of seven or more living in single rooms in Dublin, a city where the infant mortality rate is 142 per 1,000 as compared with 103 per 1,000—high enough—in London. In Roger’s view, Ulster’s identification with Great Britain is tantamount to an alliance of the “haves” against the “have nots.” He sees Ulster as ambitious to emulate London’s prosperous hauteur—and to keep clear of Connemara’s poverty.

Though Asquith, himself Protestant, has endorsed Home Rule, he’s also expressed equivocal support for Ulster’s wish to remain part of Great Britain and not be included in any Home Rule Bill, no matter how diluted its powers. The defeated Conservative Party, with Andrew Bonar Law now at its head, is still more emphatically and categorically in Ulster’s camp. Bonar Law cre­ates a storm when, directly echoing Carson, he declares that he “can imagine no length of resistance to which Ulster will go in which I shall not be ready to support them.”

Carson, for his part, is busy solidifying his ranks. He chooses a vast out­door meeting in Ulster in September 1912 to introduce his notion of a “Covenant”—a solemn oath—to resist “the present conspiracy to set up a Home Rule Parliament in Ireland.” Carson announces that he’s ready to resist Home Rule “by any and all means”—a threat that promptly brings down on his head the charge of treason. “I do not care two pence whether it is treason or not,” he responds; “it is what we are going to do.” Carson has the strong backing of Sir James Craig, the wealthy heir to a distillery and a Unionist MP since 1906. Craig, in December 1910, sets up a secret committee to buy arms from abroad to ensure—should the Liberal Asquith government refuse to exclude Ulster from Home Rule—that the province is prepared for armed resistance.

By the summer of 1911, arms have begun to arrive in the province, and the process accelerates from that point on. Carson insists that his determination to arm Ulster is ultimately grounded in a wish to prevent Ireland’s partition. He declares that he, too, wants a unified Ireland—but one that remains in the old union with Britain. Tactically, Carson urges Ulster to stand firm on the assumption that an adamant posture will wreck the entire Home Rule enterprise and thereby prevent Ireland’s partition.

The Solemn League and Covenant (the biblical overtones deliberate) that Carson introduces at the huge outdoor gathering in September 1912 calls on all the province’s Protestants to affix their signatures to a document that declares Home Rule “disastrous to the material well-being of Ulster . . . sub­versive of our civil and religious freedom, destructive of our citizenship, and perilous to the unity of the Empire.” The covenant concludes with the “sure confidence that God will defend the right, we hereto subscribe our names.”

“I presume,” Roger writes Gee, “you read the Covenant? You see He is trotted out there. They are confident He will ‘defend the Right.’ Supposing He doesn’t! How awful if God should turn out to be a disloyalist!” If sheer numbers are a reliable indication of God’s will, then Carson may with impu­nity claim divine sanction: the response to his proposed covenant is over­whelming. At a ceremony on September 28—henceforth known as “Ulster Day”—Carson becomes the first signatory to the covenant, and the ensuing ten days are set aside for comparable ceremonies throughout the province.

Carson himself speaks at many of the meetings, accompanied by proces­sions, bands playing “Protestant Boys” and the like, streamers, drill parades, and a sea of earnest, cheering multitudes often breaking into choruses of “O God Our Help in Ages Past,” which becomes the unofficial anthem of the Ulster Unionist movement. “The mental atmosphere,” according to one eye­witness, “isn’t that of a political meeting but of a religious service—and in fact the proceedings open with prayer, as has become the inevitable custom on such occasions. . . . Protestant Ulster has set apart a day of self-dedication to a cause for which they are willing to make any sacrifice.”

And so it goes all over northeast Ireland. By the time it’s over, some quar­ter million men have signed the covenant—and an equal number of (une­qual) women sign a separate declaration. Yet Ulster itself—though its leaders avoid emphasizing the fact—is home to a substantial minority of Catholics, and they lean toward Home Rule. Ulster’s Protestants themselves, moreover, do not monolithically support Unionism—Roger himself being but one example of opposition. Comparably, the other provinces of Ireland contain significant pockets of Unionists, despite their Catholic majorities. The ter­rain is jagged and shifting, the factional leaders in a constant state of readjust­ment as their opposite numbers unexpectedly reposition themselves.

John Redmond, for one, publicly reaffirms his desire “to live in brotherly love with all our countrymen of whatever class or creed.” Privately, though he anguishes over the assorted oppositional voices that range from a rejection of a Home Rule Bill of any kind to hailing (or opposing) the Asquith version—which fails to provide for real self-government. Redmond manages to convince himself that Ulster Unionists are mostly bluffing and will in the end accept a Home Rule arrangement that swears to protect minority religious beliefs—and commercial privileges.

Redmond sees no reason in 1912 to accommodate any of the suggestions currently being floated for excluding the province of Ulster from Home Rule. He shares with Roger a strong preference for a united Ireland but—unlike Roger—one that remains part of the British Empire. The Conservative leader Bonar Law stakes out yet another position. Like Roger, he’s well aware that there are, in his words, “two Irelands separated from each other by a gulf far deeper than that which separates Ireland as a whole from the rest of the United Kingdom.” But he differs from Roger in championing Carson and Ulster Unionism—as do a host of other powerful allies, including much of the officer class in the British army, Lord Alfred Milner (he who, as high commissioner for South Africa, canceled Roger’s planned expedition during the Boer War), and the poet Rudyard Kipling.

Asquith has at times sounded sympathetic to the Ulster cause, but he’s a man of indecisive temperament; “wait and see” is his trademark stance. When introducing the Home Rule Bill in the Commons on April 11, 1912, he acknowledges the “strong and determined hostility” of Ulster to Home Rule. Yet he also reminds the Commons that in every test of public opinion since the 1880s “four-fifths of the elected representatives of the Irish people” (males, that is) have favored a separate Irish parliament linked to Britain—though not, Asquith fails to mention, the watered-down version of Home Rule he’s now offering, which allots that parliament only marginal power. Instead, Asquith denounces “the right of a minority of the people, and relatively a small minority . . . to veto the verdict of the vast body of their countrymen.”

From Luminous Traitor: The Just and Daring Life of Roger Casement, a Biographical Novel. Used with permission of University of California Press. Copyright© 2018 by Martin Duberman.

How Joan Didion's The White Album Made It to the Stage 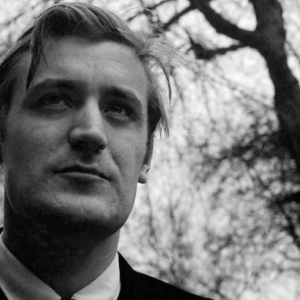 Lit Hub Daily: December 19, 2018 This month, our beloved fellow book site Book Marks has been compiling the year’s best-reviewed books in every category,...
© LitHub
Back to top