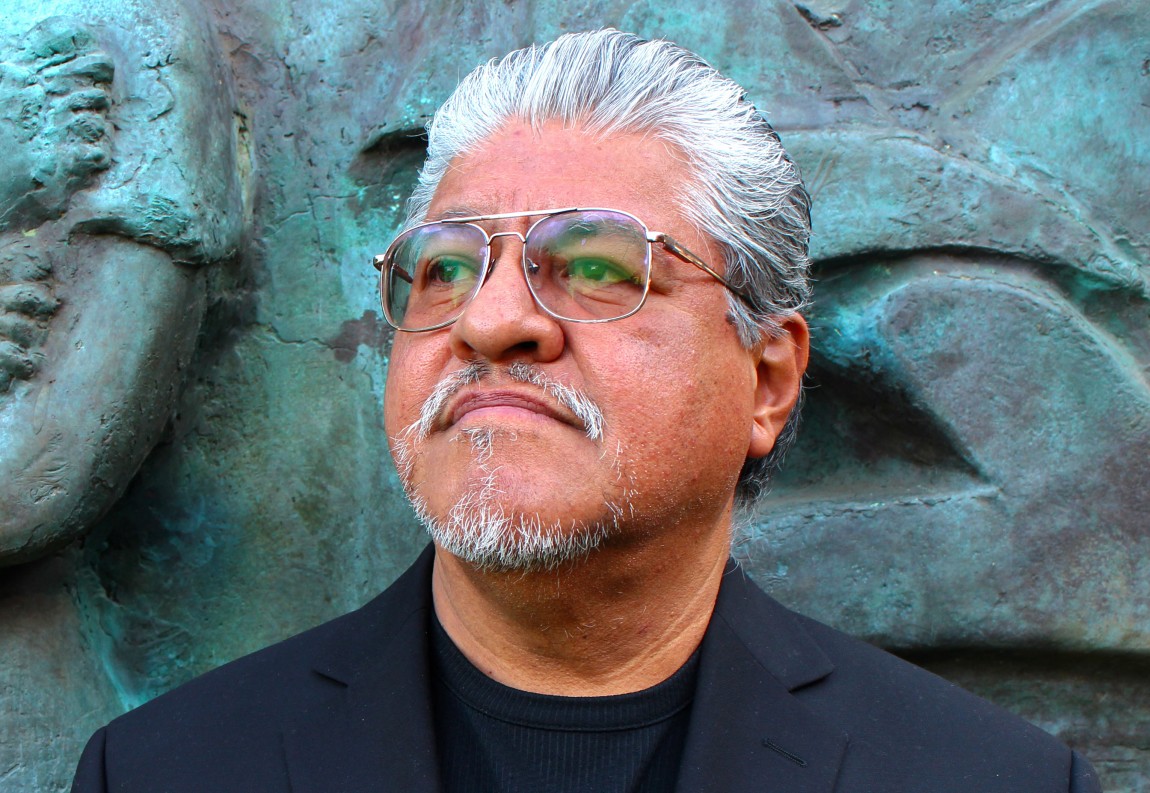 “This is a great poetry town,” Luis J. Rodriguez was saying over the phone a week or so ago, referring to Los Angeles, the city where he lives and works, “possibly the best poetry town in the country.” He may just be right about that—and not only because for the past year-and-a-half he has served as the city’s poet laureate, a ceremonial role Rodriguez has infused with his own literary activism, but also because Los Angeles is something of a poem itself.

Think about it: Like a lot of poetry, Los Angeles eschews narrative… or no, not eschews, but does not require it. Yes, it has stories, countless stories, but they do not always or often add up in the expected ways, or even add up particularly at all. No, Los Angeles is, as it has ever been, a collage of overlapping communities (Carolyn See once called it “America’s first postmodern city”), landscape of the unlikely juxtaposition, blurring from artifice to authenticity and back again. Watts Towers, Miracle Mile, the endless sweep of the San Fernando Valley, all of it unfolding in the shadow (metaphorical or otherwise) of the La Brea Tar Pits, which is where Los Angeles, like everywhere, will eventually return. How else to make sense of this if not by way of verse?

I began reading the poetry of Los Angeles before I moved here, the work of Wanda Coleman, Michelle T. Clinton, Amy Gerstler, David Trinidad… all of whom encouraged me to engage with the place on its terms. In a city defined (still) by big picture tropes, the myths of sprawl and speed and reinvention, poetry returns us to the human, reminding us that, as Kamau Daáood writes:

Daáood’s poem (entitled, fittingly, “Los Angeles”) appears in the anthology Coiled Serpent: Poets Arising from the Cultural Quakes & Shifts of Los Angeles, which has just come out from Rodriguez’ Tia Chucha Press. Edited by Neelanjana Banerjee, Daniel A. Olivas, and Ruben J. Rodriguez, the book gathers more than 150 poets, and is the culminating achievement of Rodriguez’s run as laureate. It’s a fascinating project, both because as a collection it avoids what we might think of as the obvious demarcations (East Side, West Side, Beyond Baroque, Downtown, Leimert Park) and also because it is so tangible, an expression in three dimensions of what a laureate can do.

Rodriguez is the second poet to hold the position; the first, Eloise Klein Healy, was sidelined by illness shortly after her appointment in 2012. His tenure, then, has been—like the laureate position itself—very much a work-in-progress, a testing of the water… or the bounds. “It’s always a battle to be seen, to be recognized,” he told me one afternoon last year, sitting at a small table in the back of Tia Chucha’s Centro Cultural & Bookstore, a large square space at the edge of a shopping center in San Fernando. “We don’t get seen or heard if we don’t work for it.” Tia Chucha is a case in point. Founded by Rodriguez and his wife Trini, among others, in 2001, it was named after the poet’s favorite aunt, and offers workshops and open mic nights, as well as publishing books; it is also the only trade bookstore in the Northeast Valley, a community of half a million. “My challenge,” he continued, “is: How do I get these voices out? We’ve gotten so dehumanized, but poetry brings us back to the human community. This place encourages expression. We need to be open to each other again.”

What Rodriguez is describing is engagement—the intention to use art as a mechanism for creating access, building bridges that connect us rather than walls. This has been his ethos since he began to write. Born in El Paso, raised in Watts and the San Gabriel Valley, he became involved with drugs and gangs as a teenager, and spent time in jail. These experiences form the spine of his 1993 memoir Always Running; La Vida Loca, Gang Days in L.A., which has become a touchstone text. Published less than a year after the 1992 Los Angeles riots, it offers a vision from the other side, a compelling testimony (there is no other word for it) of despair and struggle and hard-won hope. “The more we know, the more we owe,” Rodriguez insists in his preface. “This is a responsibility I take seriously.” He is writing in the most personal terms.

Always Running is first and foremost a cautionary tale, a father’s attempt to reach out to his son Ramiro, who at 15 was already drawn to trouble; he eventually served 13 1/2 years in prison for attempted murder. Ramiro was released in 2010, and is now a youth counselor and poet; one of his pieces appears in Coiled Serpent. “In these poor communities,” Rodriguez has reflected, “kids are already labeled before they start. They tell me Always Running is the one book they will read. It is the book most checked out from school libraries, the book most stolen. They find the drama and the poetry.”

That’s a key point, the crux of Rodriguez’s intention as laureate: to use literature, poetry, as a gateway. Gateway to what? To other literature, for one thing—“They read Always Running, then they read other books. They’ll want Shakespeare when they get to it”—but more essentially to a recognition of voice, of expression, the awareness (especially for disenfranchised readers) that they count. This is why Rodriguez has framed his tenure through the lens of education, speaking primarily at libraries and schools. In 2015, he did more than 100 events and spoke to over 13,000 people. “I’m not going to say I’m exhausted,” he joked recently, “but I will be used up.” And yet, what’s striking about him is his stamina. A big man, with a goatee and a shock of gray hair, he is barrel-chested beneath a black tee shirt. His eyes are large behind his glasses, as if he were looking for something that he can’t quite see. He’s a survivor, that is clear from his books, from his history: not only Always Running, but also its sequel It Calls You Back: An Odyssey Through Love, Addictions, Revolutions, and Healing (which won the National Book Critics Circle Award for Autobiography) and four collections of poetry. His novel Music of the Mill recalls Southern California’s industrial and labor history, taking place in and around a steel mill modeled on the now-defunct Bethlehem Steel Plant in Maywood, where Rodriguez was employed for many years. There’s an air of reclamation to such projects, although that’s too simple, I think, too dimensionless; more to the point is the idea of legacy, the idea of who we as Angelenos are. “We don’t hardly talk to each other,” Rodriguez explained at Tia Chucha, “so poetry is the thread that ties us up, that ties us together. If you can talk about who you are, give voice to that, you get close to everybody.”

Such a focus is particularly important in a city like Los Angeles, which is far-flung, subdivided, decentralized and fragmentary even now. How do we make a lasting impact? How do we cut through the class divisions and the clichés to express all the varieties and vagaries of place? In a very real sense, that’s the challenge of the laureate, which is, at heart, a position that writes its influence on the wind. Two years and you’re out, and what does any of it mean?

Here, we see the impetus for Coiled Serpent, to create what Rodriguez calls “a lasting legacy.” The poets in the collection represent a Los Angeles diaspora: Douglas Kearney, Rafael F J Alvarado, Jessica Ceballos, Chiwan Choi. “It is all terrifying,” Janice Lee writes, in another piece that takes the name of the place as its title. “One day, this city will swallow me whole, and no one, not even the pigeons, will notice.” The isolation she’s evoking is embodied by the city, by its parallel lives and communities, a distance that divides us until we look at one another through a common set of eyes. “What thing could I do to make an impact?” Rodriguez asked, rhetorically, when last we spoke. “Poet laureate — no one knows what it is, exactly. But this gives you an enormous freedom to make it up as you go along.”

No one knows what it is, exactly… the same might well be said about the city, or poetry, and certainly about the fault line along which they collide. Yes, Los Angeles is a great poetry town, as it has been since the days of Tom McGrath. As for what this means, however, we’re still working that part out. “It’s hard to find one word to describe it,” Rodriguez said, referring to poetry or Los Angeles or both. “It’s almost like trying to define what love is. But the range here; no other city could have produced it. There is a commonality in the love of language and imagery, in the exuberance. But there is a great variety of voices and of forms.”

I Am Jessa Crispin’s Problem with Publishing 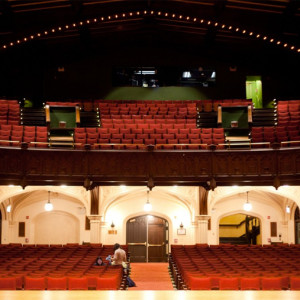 I fell for Willa Cather in graduate school—fell so hard that I named my daughter after her. But 20 reading years later,...
© LitHub
Back to top