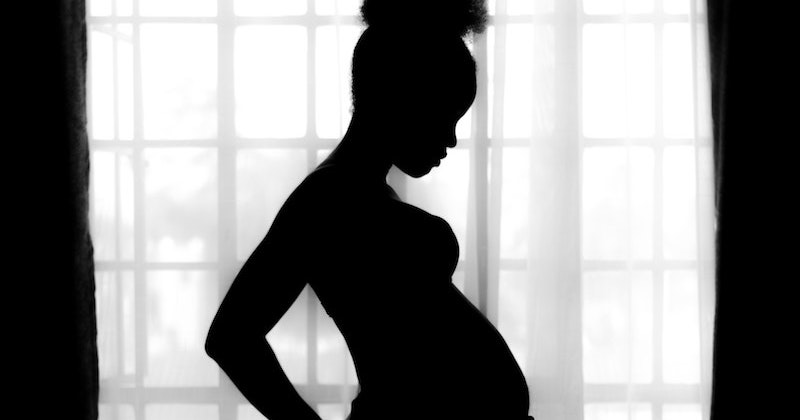 Jennifer C. Nash on Birthwork as a Practice that Black Women Should Claim

When I ask Lauren, a Black birthworker who lives and works on Chicago’s South Side, to describe the two-day doula training she completed, she tells me that they ended it with pneumatics gunshot wound training. “I remember having a deep conversation with my husband about how knowing how to potentially save someone from a gunshot wound was related to birth,” she said.

For Lauren, birthwork is lifework. It is as much about tending to Black life as it is about responding to Black pain with tenderness. It is also a practice that, for Lauren, cannot be imagined outside of the context of Chicago, where violence shapes ordinary life in countless ways. Working in Chicago has made birthwork far more than a job; it is a worldview attuned to ushering Black life into the world, and making space for it to thrive.

The crisis in Black maternal health has become a topic of national conversation. In 2019, the CDC found that Black women are between two and three times more likely to die from “pregnancy-related causes.” A year earlier, Linda Villarosa noted that the disparity in death rates for Black and white infants is “actually wider than in 1850, 15 years before the end of slavery, when most black women were considered chattel.” Every major US news outlet has devoted coverage to the crisis, and politicians, including Elizabeth Warren and Kamala Harris, have addressed it, at least rhetorically. This outpouring of attention has given the appearance of Black maternal mortality as a new, rather than an enduring, fact of birth in the US. What is new, though, is a collective sense that birth doulas are a significant response to the crisis.

Doulas enter the delivery room with those giving birth, and, quite literally, put their bodies in the space between medical professionals and patients. They act as advocates, friends, guides, companions, and bodyguards. They labor in medicalized spaces with a skepticism of conventional medicine, and with a deep awareness of the racial disparities that mark birth. They respond with an insistence on the need for laboring bodies to birth according to their own timelines and guided by their own autonomy. Doula-assisted labors have been described as successful in transforming birthers’ perinatal experiences and in improving the health outcomes of mothers and infants, even as there remains debate about what precisely it is that makes doulas’ presence in the birthing room transformative. State and activist efforts to expand Medicaid coverage to include doula services, and the proliferation of community-based doula programs and doula training initiatives, reveal that doulas have come to take on an important political role as first responders to a crisis whose magnitude is just coming into public view.

In all of the celebration of doulas as a powerful solution to the newly visible crisis, there is little conversation about doulas’ training. What should the training be for those who are charged with the responsibility of saving Black mothers’ lives? And if the state enlists—or even recruits—doulas, how involved should it be in their training? For many of my interlocutors—the 23 women of color doulas I interviewed working in metro Chicago—the heart of their work is care. As Faith, one of my interlocutors said, “You can read every book but it’s really just learning about compassion. I think you have to have it in you. You can read anything on doula work you want but it’s about having compassion.” But if care and compassion are the prerequisites for work, and if—as some of my interlocutors noted—these are intrinsic rather than learned practices, what should a doula’s training cover?

“We began,” Samantha told me when I asked her about her doula training, “by talking about how we were called to the work.” Her training ended with newly minted doulas washing each other’s feet, a profound symbol of birthwork as a commitment to service. For Samantha, a training focused on an ethos of service that posited birthwork as a commitment to life was an urgent introduction to the work. For other doulas, training was an introduction to birthwork’s racialized history. Morgan described her training as “centered in traditional Black practices, from the Black midwives.” She noted, “We are the women who have birthed an entire country. We have raised white babies, we birthed white babies. We birthed our own babies.” Morgan’s historically grounded training empowered her to recognize her own capacity as a birthworker, and to view birthwork as a practice that Black women should claim.

What should the training be for those who are charged with the responsibility of saving Black mothers’ lives?

For most doulas, training was an experience of self-transformation and community building more than an orientation to the physiology of labor. Faith described her training as organized around “spiritual and emotional connection.” It transformed a group of strangers into “doula sisters,” women she still texts every day to exchange “affirming messages.” It was Faith who insisted that training should not be about “book-learning.” Instead, it should center on ethics of generosity and empathy. She emphasized that a doula’s most important trait—compassion—could not be learned or taught which raised important questions about the role of training in preparing any birthworker for their demanding jobs.

Many of my interlocutors, however, noted that they were wholly unprepared for the most challenging births they had attended—usually those involving loss. Imani described two births that had ended in death, and her overwhelming feelings of grief and guilt that led her to seek additional training in grief and trauma. Jasmine told me that a client’s recent unwanted C-section—one which led to the delivery of a healthy baby—had left Jasmine feeling anxious and even depressed, doubting her own skills as a doula. While many of my interlocutors described their attentiveness to how trauma shapes clients’ birthing experiences, particularly Black women’s birthing experiences, most felt unequipped to respond to that trauma or its effects on their own bodies and spirits.

Many of my interlocutors noted that their trainings had left them unprepared for another challenge: how to make doula work into a viable profession. As they worked out of a mission to safeguard Black life, many of them found their own lives increasingly precarious. Some secured work at large birthwork agencies to ensure a steady stream of work, even as they mourned the loss of autonomy and the capacity to select their clients. Others found regular work in the more lucrative practice of postpartum doula work. Imani performed postpartum doula work for an agency and bemoaned the impersonal nature of the work, and how “It tends to be like I am there for servitude. Sometimes I get lucky enough and there’s a connection and people value me for my unique gifts, but mostly it’s ‘hey, my baby is crying, can you do the work so I can go to sleep?’” But the regularity of postpartum work allowed her a reliable income that permitted her to care for her own family, and to take on pro bono birth doula cases.

Doulas are outliers in the larger field of birthwork. Midwives and lactation consultants, the birth professions often associated with doulas, require substantial training, certification, and licensure. Doulas, however, are not licensed or regulated. Formal training is not even a requirement to be a doula (though many interlocutors who had completed nationally recognized training programs noted that the certification made them more attractive to prospective clients). The term “doula” can also describe various forms of labor, education, and experience.

Though my interlocutors all identified as birth doulas, the number of births they had attended and the amount of training they had completed varied significantly, with some completing nationally recognized training programs like DONA International or CAPPA, and others completing campus or community-based training programs. One told me that she had “been doulas before becoming doulas,” attending births long before receiving any formal training. I take this variation in training, certification, and experience as evidence of the paraprofessionalism of doula work. The paraprofessionalism of the work—its capacity to evade standardization—is what allows many doulas to describe their labor as politically radical. It is also what makes the hailing of doulas as the answer to the current crisis complicated, and even, at times, troubling.

Yet the fields of midwifery and lactation consultancy reveal that standardized trainings and regulation have their own significant shortcomings. Many doulas note that the costs associated with meeting credential mandates have made midwifery and lactation care unavailable to women of color. Miriam, who began her career as a lactation consultant, noted the “impossibility” of finding a Black lactation consultant in Illinois because of the cost of certification. She suggested that any push toward doula standardization would simply serve the field’s professional organizations, not birthing mothers and especially not birthing Black mothers. She said, “What happens with standardization is the one who can make the most money is the one who ends up on top. …Making everybody ascribe to one standard is oftentimes the enemy of true equity.”

Standardization can have another effect: it strips the intimacy from birthwork. For my interlocutors, doula work is powerful because it is not governed by licensing or accreditation agencies. It is governed only by a connection between a client and a doula, one that is forged in the meetings before labor, and cemented in the delivery room. Imani, for example, described birthing together as the beginning of an important friendship. She said, “I see it as building that community. You have more and more people, a doula becomes your friend, your midwife becomes your friend, then you have this vast network of people who are constantly looking out and supporting you.” It is the intimacy of birthing together that can make birth transformative: it produces durable connections between doulas and clients that support Black life well beyond the delivery room.

Doulas work as love warriors. Their labor far exceeds supporting a birthing person. They work to protect Black life in a space that has consistently rendered it vulnerable: the hospital. And their care work is increasingly visible, hailed as the answer to the Black maternal health crisis. Yet it is troubling that the primary response to the enduring crisis newly cast as an emergency has been to enlist paraprofessional Black women to work—out of love, conviction, and faith—for Black women’s health. Doulas labor without adequate wages and job security, and without access to a curriculum that can best prepare them for the challenges of birth, even in a moment where their work is described as urgent and necessary. An emphasis on doulas as the answer to the problem of Black maternal mortality also skirts one of the true causes of the Black maternal health crisis: conventional medicine. The hospital all too often feels like a carceral space, subjecting birthing Black people to myriad forms of violent surveillance. Yet the current political attention to doulas suggests that Black birthing people simply need to hire doulas as bodyguards to protect them from the violence that masquerades as medical care. For all of the outpouring of attention to Black maternal health, the one solution that has been offered reveals how little investment in Black maternal health there actually is: Black women should save themselves. 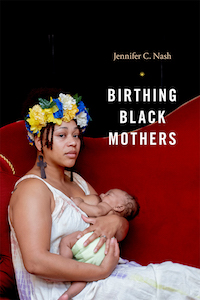 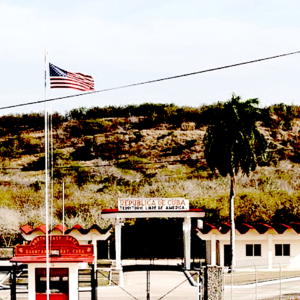 I waited in darkness for death. The interrogators were done with me. You aren’t valuable enough to keep alive, they...
© LitHub
Back to top
Loading Comments...