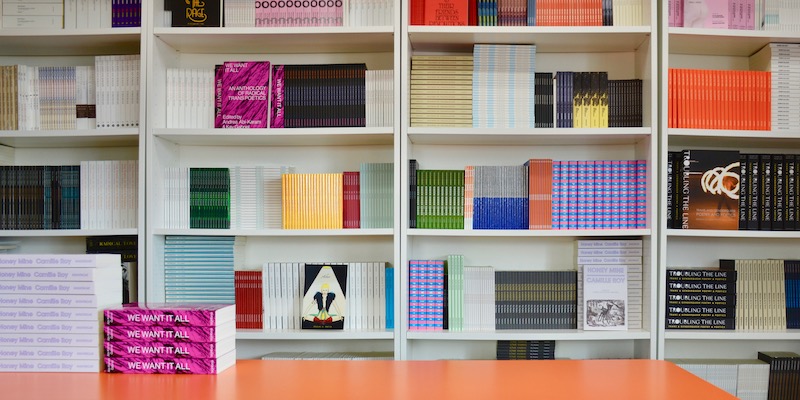 Every book has a backstory: to hold one of Nightboat Books’ publications is to have the sense of a longer, more complex, and ultimately more rewarding backstory than most. The Brooklyn-based nonprofit publisher takes on projects that are visually and linguistically complex, and reading them in feels like a kind of conversation—one that could happen at an experimental writing group or a brainstorming session with a trusted friend.

Nightboat Books publishes poetry, fiction, and books that resist easy genre classification, with a focus on work that, in its words, “resists convention and transcends boundaries.” Some of the staff answered questions about publishing unconventional projects, creating a community around books, and their upcoming work.

What are some of the benefits to working at an independent press?

We feel so fortunate to be a small, independent press. It allows us to stay flexible, nimble, and committed to curiosity and wonder. Nightboat publishes such a variety of work, because literary expression in writing comprises so many modes and genres, as a result. It seems reductive to think of literature in narrow categories, so we have pushed an elastic definition of what a book might look like. I have always loved “poetry” as a category since it’s so malleable and capacious in what it holds. We aim to transcend the boundaries of genre and convention in the books we publish.  –Stephen Motika, Director and Publisher

My first job out of college was working at a “Big 5” publisher, which is such a different experience in every way that it feels hard to compare. Nightboat is obviously a far smaller and younger operation—there’s a real sense of community and horizontality among staff. The biggest draw for me, of course, is the incredible books Nightboat publishes. The opportunity to work with experimental poetry and prose, and so many queer, trans, and POC authors, and the fact that I get to be even a small part of putting such work I deeply admire and believe in out into the world is one I don’t take for granted.  –Gia Gonzales, Managing Editor

This quote by Nightboat Books author Muriel Leung comes to mind: “I love being part of a catalogue that I can stand firmly by and that represents the voices that need to be heard in this world and are doing really innovative work. There is a collective energy around, if someone is winning then everyone is winning, that’s something I feel really strongly about Nightboat.” That’s exactly how I feel! But that’s only possible because my coworkers have taken the time to build this sort of community. We’re constantly and consciously talking about what it means to take up space in this field in an effort to foster the kind of atmosphere we want to be part of. I think that shows in the work we publish and the ways we promote that work.  –Lina Bergamini, Social Media and Operations Manager

*
What are some of the challenges to working at an independent press?

One of the biggest challenges we face as an independent publisher is trying to get attention from the media. We love and believe in every single book we publish, and our publicity team devotes our time and care to each of our titles. The lack of critical response can be shocking. It’s painful when a publicity campaign doesn’t meet our expectations, but we are so grateful for every single engagement that our books receive—no matter how big or small!  –Caelan Nardone, Director of Publicity

When it comes to selecting manuscripts for Nightboat, more than anything I want to be surprised. Next, I want to feel pleasure, but what surprises or pleases me may be different from what surprises or pleases my colleagues and vice versa. Knowing that we each have our specific biases, desires, and sense of personal and political stakes, we try to build in space for a variety of editorial sensibilities at multiple levels: involving everyone on staff in editorial meetings, mentoring young editors as they acquire their first books, and by reaching outside our immediate circle to engage editors working in the field as editors-at-large.

I feel that there is such a community around our books. I used to notice this at launch events or book fairs when they were in person.

We’ve been asking, how our editorial body, and its practices, might mirror the myriad ways Nightboat authors inflect the material conditions of the world, their activism, lived experience, and political stakes into their writing into our own work? I think readers will find that what connects Nightboat projects is a sense of palpable excitement. Someone (usually multiple someones) adores this book, feels passionate about its necessity, and is willing to show the author and their work the care necessary to bring it into the world.  –Lindsey Boldt, Editorial Director

*
Were there any titles in particular that were game-changers for your business?

We have published scores of books that have made an impression on readers, reviewers, librarians, teachers, and many more; we’re grateful for all of them. There are three recent titles that have sold at new levels and reached a broader audience that have changed the scale of our reach and the size of our readership: The Faggots and Their Friends Between Revolutions, written by Larry Mitchell and illustrated by Ned Asta, first self-published in 1977 and reissued by Nightboat Books in 2019, is a hilarious, trenchant collection of parables and fictions inspired by the queer commune Lavender Hill in Upstate New York. The book is almost a half-century old, but feels as sharp and relevant as if it were written today. It has become our bestselling title in a short two years. Neptantla: An Anthology For Queer Poets of Color, edited by Christopher Soto, brings together over 100 queer BIPOC poets ranging from James Baldwin and Natalie Diaz to emerging poets who have yet to publish a book. I love the democratic and non-academic nature of this book—it’s so direct, so immediate, and open to so many readers. We Both Laughed in Pleasure: The Selected Diaries of Lou Sullivan, edited by Ellis Martin and Zach Ozma, the remarkable journals of a gay trans man moving through the shifting social, political, and medical mores of the second half of the 20th century. Drawn from Sullivan’s comprehensive journals, written from age eleven until his AIDS-related death at thirty-nine, this book feels like a classic and has won over a legion of readers, with a UK edition and audiobook coming this fall.  –Stephen Motika, Director and Publisher

*
What are some projects you’re particularly excited about at the moment?

We have a stacked season coming up this fall, including Andrea Abi-Karam’s fierce and incendiary new collection Villainy, publishing next month. I’m also excited for Desgraciado (collected letters) by Angel Dominguez, a striking collection of epistolary poems addressed to Diego de Landa, a Spanish friar who attempted to destroy the written Maya language in Mani Yucatán in 1562. Next year we’re publishing a fabulous debut collection by imogen xtian smith titled stemmy things, which is really exciting personally because it’s my first editorial selection at Nightboat. I can’t wait for these books to enter the world! –Caelan Nardone, Director of Publicity

We have so many exciting books in the works now, which makes it tough to choose, but I just finished line editing a Ronaldo V. Wilson’s collection of stories, Virgil Kills, and became totally enraptured with it. It’s a rich, highly stylized text that intentionally blurs and swirls time, sense, and the main character Virgil’s sense of self as the text moves quickly between realities & states of awareness (dreaming, waking, thinking, remembering). The layers of reference & self-reference are thick, so I expect readers will access the book at many different levels. It’s slippery in all the best ways. Gabriel Ojeda-Sagué’s Madness is another fascinating book in the works. It’s framed as a fictional selected poems for a fictional poet, Luis Montes-Torres, including commentary by its fictional editors! I’m also loving Tatiana Luboviski-Acosta’s new collection of poems, La Movida. Luboviski-Acosta’s sense of humor, play, and crotchety teen attitude is so refreshing.  –Lindsey Boldt, Editorial Director

There are so many upcoming publications I’m looking forward to, but one of the non-book projects in process I’m really excited about is Nightboat’s pilot BIPOC editorial fellowship program. Shaped by feedback from BIPOC poets, editors, and other community members, the program will aim to provide guidance and mentorship to an early-career BIPOC editor through supporting the editorial process and publication of a project they believe deserves a wider audience. Though we are still in the early stages of planning this program, I’ve been so galvanized by the discussions staff have been engaged in about the conceptual and political frameworks of the program—turning away from institutional savior complexes and the superficiality of mere representation in order to think more critically about questions of access, material support, and need.  –Gia Gonzales, Managing Editor

*
How do you get feedback from your readers?

One of the things I noticed when I first started working at Nightboat was how powerful and important our books are to their readers. I feel that there is such a community around our books. I used to notice this at launch events or book fairs when they were in person. As we’ve moved online, I see it on social media. People will DM us or post pictures of the books. It’s so magical to see these objects that we’ve spent so much time and thought working on in different contexts.  –Lina Bergamini, Social Media and Operations Manager 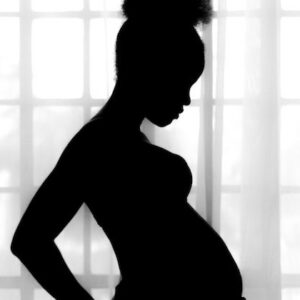 When I ask Lauren, a Black birthworker who lives and works on Chicago’s South Side, to describe the two-day doula training...
© LitHub
Back to top