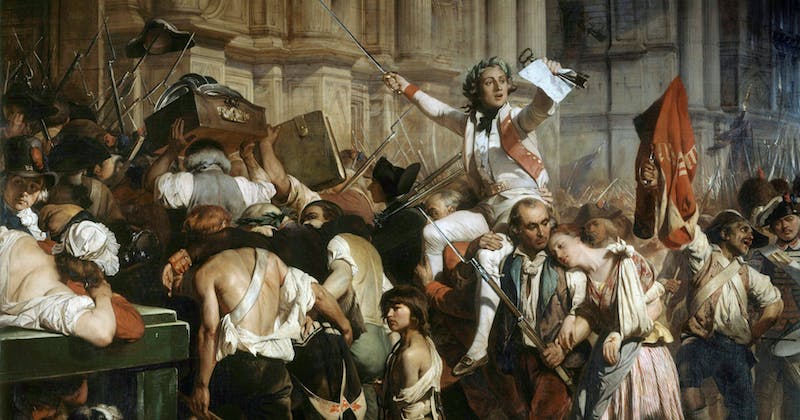 Love Letters, Libertines, and Last Words During the French Revolution

Edmund White Wishes Us All a Happy Bastille Day

We’re living through the most chaotic days of my life, though some of my friends in the arts find this upheaval inspiring. I myself have written half a novel in the extreme solitude of the lockdown. Of course, history never repeats itself, but I was curious as to how people coped during the French Revolution, with its radical changes in morals, politics, life expectations. 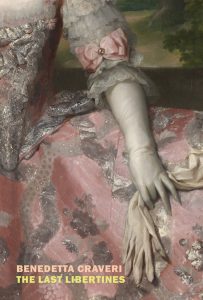 At nearly 600 pages, this enthralling study, which wears its scholarship lightly, tells the story of seven aristocrats who faced the adversities and violence of changing times with pluck and gallantry along with the sang-froid they’d been raised to show on the battlefield and, as events would have it, on the guillotine.

Social life among the privileged in France during the 1780s on the eve of the Revolution had never been more brilliant. The extremes of wealth, immorality and frivolity alternated with the efflorescence of philosophy; everyone, it seemed, had ideas about finance, politics, the origin of language, religion. One vicomte wrote verses that ended with the worldly lines,

And if my old age is troubled by a bit of remorse
At least my memories will be pleasant ones.

These oversexed thinkers explored the boundaries of ideas and sensuality; as one woman confided just before her death, “I understand passionate people because I have been one myself.” One of the great lovers of the epoch, the Chevalier de Boufflers, said, “If it is true Christ is a man he will always forgive you.” As one duchess inquired of Bouffler’s hostess, “Don’t you find him almost as intelligent as he is pleasant?”

Joseph-Alexandre de Ségur somehow survived the Terror and moved on to become a successful playwright. As Craveri says of him, “Ubiquitous wherever high society circulated in the wake of the Terror, unflappable in the face of the vulgarity and political pasts of so many of that society’s parvenus, and careful never to take sides, he continued to curl and powder his hair, to dress in the bygone style, and to be as gay, gallant and witty as he had before the Revolution. Irony sufficed for him to hold the insolent and annoying at a distance.” 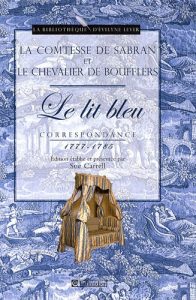 Craveri mentions that the correspondence of the Chevalier de Boufflers and la Comtesse de Sabran, collected in a book by a Texan, Sue Carrell, is made up of the best love letters of the period. The chevalier: “Write me, my dear girl, send me whole volumes, never re-read what you’ve written, never think about any of the rules of the art of writing, never worry about repeating yourself or not making sense, be by turns sad or gay or philosophical, even crazy, following your nerves, your cure-alls, your reason, your character, your bad moods, whatever whim seizes you. You don’t have to please me; you just have to love me and prove it by your deeds more than by your words. For the sake of both of us your thoughts must go through me and mine through you, as water purifies and clarifies itself by being constantly strained.”

The countess is just as eloquent: “I feel everything for you: I love you as your mother, as your sister, as your daughter, as your friend, as your wife and, better yet, as your mistress.” 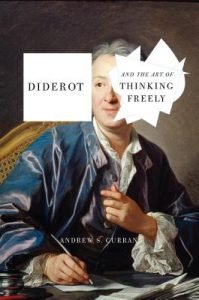 Andrew S. Curran, Diderot: and the Art of Thinking Freely
(Other Press)

If so many of the wits and thinkers of the Revolutionary period were atheists, deists or agnostics, it was partly due to the influence of Denis Diderot, who as a teenager was tonsured and slated to be a priest, but who in his mid-twenties renounced his faith. At the end of his life he said, “The first step to philosophy is incredulity.” 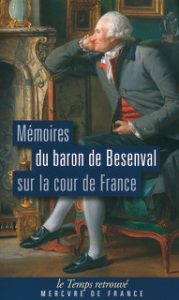 Besenval, a charming Swiss observer of French court life, is another character I discovered thanks to Craveri. His description of the death of Louis XV by smallpox is shattering since very few people liked him. When Besenval saw a servant weeping, he asked, “Why are you crying? Did you love the king so much?” and the servant replied, “Not at all. I’m upset because one of my best friends was serving the king and I’m afraid he might have caught the pox.”

The baron reports all the scandals he observed, including the intricacies of the love affairs and exchange of partners in the court of the Duke d’Orléans. The duke pursues a certain Madame Blot, then gives her over her over for Madame de B. whom Besenval doesn’t like and describes as “a prude, a busybody and a schemer.” Then the Duke encourages a young aristocrat, Monsieur de Frise, to pay court to the cast-aside Madame de Blot, who has such a refined sensibility that Frise sends her endless, pathetic letters that he, with the aid of his friend Besenval, would compose in the style of Richardson’s Clarissa, the vogue novel of the day.

As the two cynical men would work on their sentimental, suicidal letters they would both dissolve into gales of laughter. But Craveri tells the best Besenval story. After Besenval has been released from prison by the Revolutionaries, he invites all his friends to a party he is too ill to attend. Finally he finds the strength to put on a white sheet and pretend to be his own ghost. Having scared his entire party, he goes to bed, smiling, and dies. 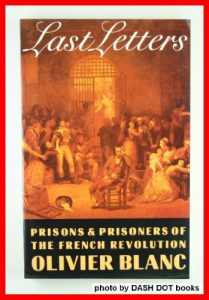 Many of the letters in this collection are written by a condemned husband to a wife who is about to be widowed. Strangely enough to us, the condemned husbands or wives address their mates as “friends” (“Dear Friend”). The writers always proclaim their innocence of the exaggerated charges held against them, worry about the futures of their abandoned children—and even leave instructions about reimbursing the money friends had lent them.

Marie Antoinette’s letter to her (already executed) husband’s sister asks her to forgive the dauphin for the lies the revolutionaries forced him to say against her, his mother (including the accusation of incest—the boy was eight years old).

One of the founders of feminism, Olympe de Gouges, never had her spirit broken, apparently, by her months of imprisonment, her farce of a trial, and the subsequent death sentence. In her last letter to her son, she refers to herself as “the most virtuous woman of the century” and signs off with a homely reminder of where to find a receipt from the pawnbroker and the keys to the trunk she sent to Tours.

When Trees Walk the Earth 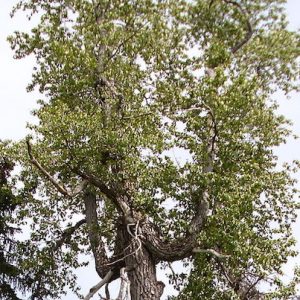 When Trees Walk the Earth

Every June, the cottonwood trees of Anchorage, Alaska, burst into motion. After standing silent and immobile all year, the trees...
© LitHub
Back to top
Loading Comments...