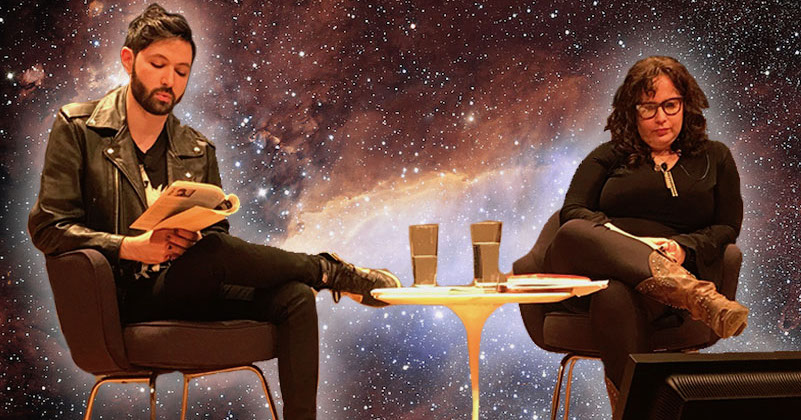 Love and Death at the Library with the Astro Poets

There are not many things I will walk through Times Square for, especially not at the ungodly after-work hour of 6pm, but the Astro Poets is one of them. On Monday night, I trekked through the crowd of commuters and managed to land a front-row seat to hear these glorious words: “Welcome to the New York Public Library, and happy Sag season!”

Every seat was filled, and guests waited hopefully in the lobby on standby. I haven’t seen a crowd like this since Junot Díaz. Alex Dimitrov and Dorothea Lasky are the brains behind Astro Poets, the extremely popular Twitter account started one year ago on a whim.

Dorothea waved the witchy bell sleeves of her black dress to the crowd and told us about the pure chance, and zero forethought, that had gone into her and Alex starting Astro Poets, and how grateful she was to have the audience as a friend. “We really had no friends before this,” Alex said. “Still don’t!” Dorothea said. “Well, we have each other.”

And now, they have all of us, the most captive audience there ever could be. 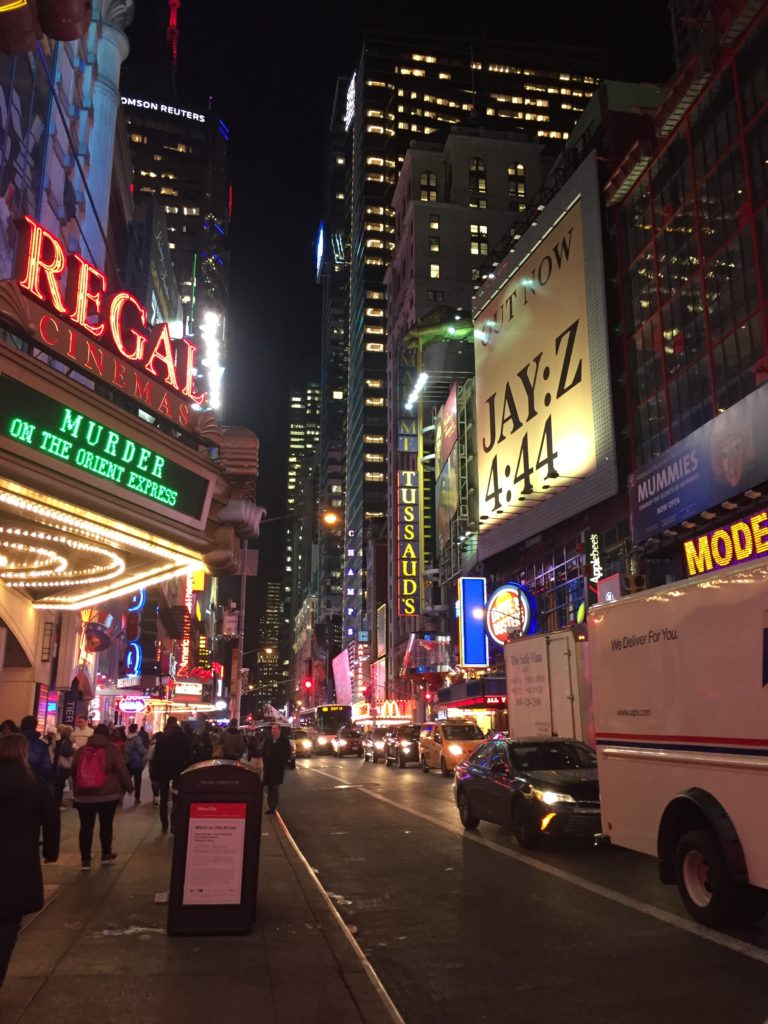 The dreadful walk to the promised poetry land

Dorothea read a poem she remembered having written years ago called “Astrological Sign Poem,” which she warned us we wouldn’t like unless we were Aquarii or Pisces.

Alex, reading from his book Together and By Ourselves, said he was going to read a poem called “1969,” which references the moon landing. “We don’t disagree a lot,” Alex said of him and Dorothea, “but a perpetual thing that comes up in our texts is whether we landed on the moon.”

“We’re not gonna tell you who believes what. . . but it’s who you think,” Dorothea added. Alex proceeded to poll the audience for how many of us believed that we landed on the moon, but the results are neither here nor there.

Alex explained that the year 1969 was important because people stopped believing in the structures of power, even though “poets have never believed in the structures of power.” But 1969 also ushered in an era of radical love, and even though it seems strange to talk about it now in our continually devastating time, Alex emphasized that radical love was something they still believed in.

Alex continued to read poems about love and death, in between noting to Dorothea, “I think that, since you’re an Aries, you’re going to be funnier than me.”

“Don’t set it up like that!” she chastised him. 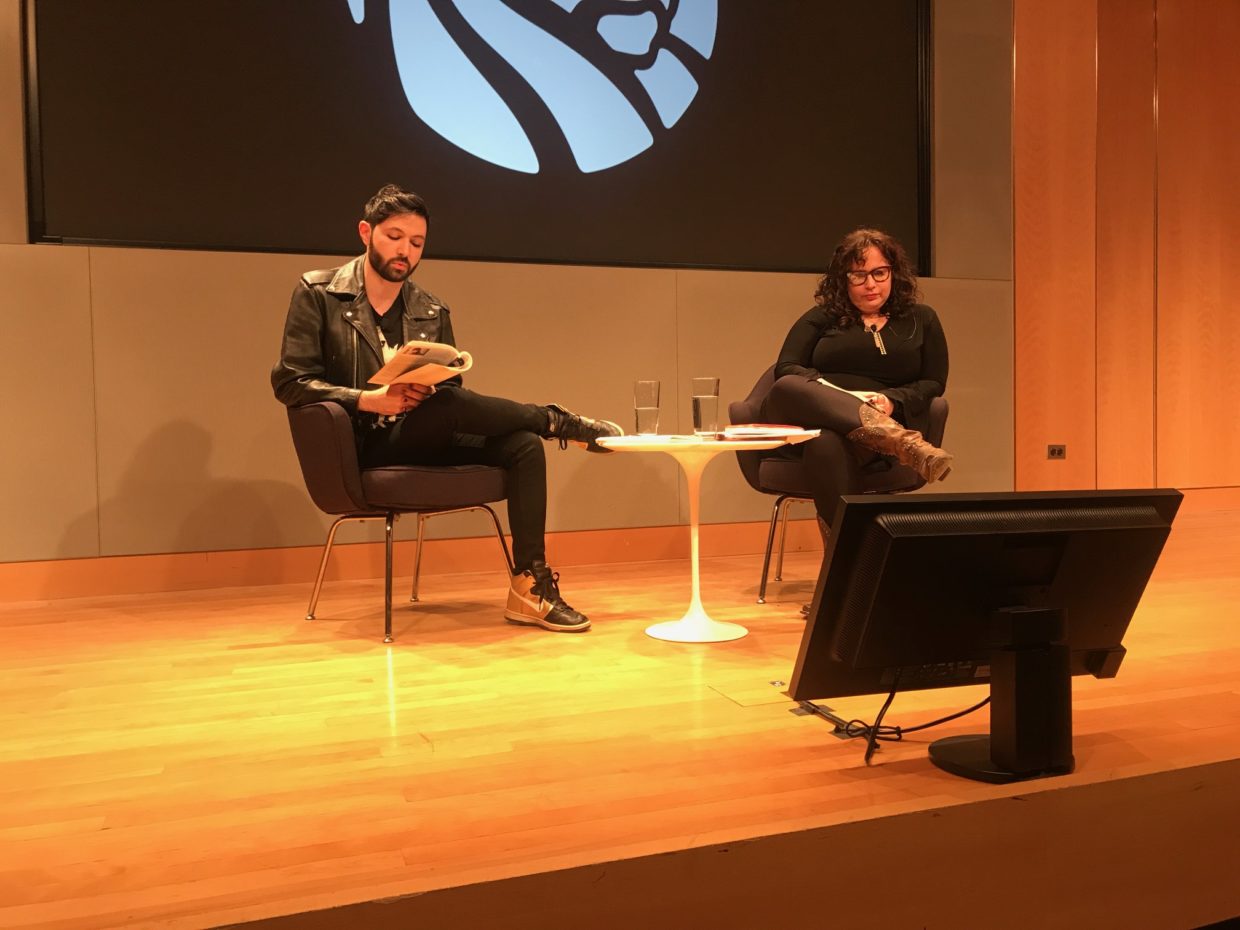 As we all know, one of the best uses of astrology is to catalogue your lovers, past and present. The evening was chock-full of love-talk and helpful compatibility hints. Alex read something about two Pisces boys who think they broke his heart, and added, “I’m obsessed with Pisces! If I drag them, it’s because I love them.” Dorothea said how when she was once obsessed with a Taurus, she read Linda Goodman’s Love Signs to try to bewitch him into her beloved.

Alex read several love poems and then Dorothea followed suit. “I thought I’d start with a poem about a beverage, that was my all-time favorite beverage of all time. . . Diet Mountain Dew. I wrote a love poem in the last throes of our passion.”

The last lines of her final love poem were: “I died / you died / that’s it.” She closed the book and said, “That’s the end of every love story, really.” 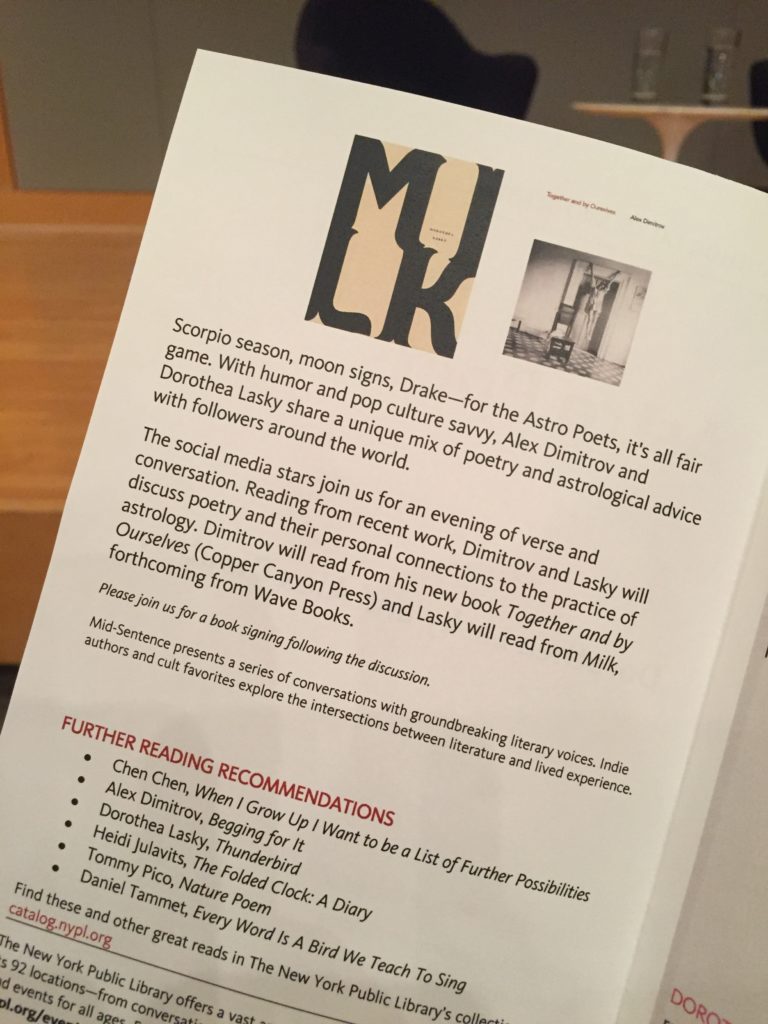 The Q&A session, normally such a defeatist end to upbeat readings, was as joyful as the talk. When asked about their writing process, they said it began when they were doing it at their separate houses, trying to one up each other and make the other laugh. “I like being surprised when I know that you’re tweeting,” Alex said. “We’re not earth signs. We’re not going about this like, do you have it?! Is it done?!”

One audience member, noting that Alex was a Sagittarius sun and a Pisces moon and so was she, asked, “How do you deal with everyday life?”

“I don’t deal with reality,” Alex said. “The bad news is we recognize this world is a reality and I’d love to be an air sign and just be like, peace out! But I do really have to dress myself and eat…” He offered advice for life changes now that Saturn is leaving Sagittarius. “Lean into that impulse of doing whatever you want! Making things, quitting your job. I’m just giving my own narrative.” Try this at home, Sags.

One of the final questions was about the effect of social media on their tweets. “If the tweets are like poems, what’s it like to have them liked?”

“One of the benefits of being poets is we’re used to no one caring,” Dorothea said. “We get a charge when people don’t like it, too.”

Alex continued, “Sometimes my favorite things are the ones that haven’t done so well, like the signs as Virginia Woolf. But we’re not bound by a script or coolness, we don’t aspire to that.”

“Writing poetry can feel very lonely,” Dorothea said. “You know you’re writing to someone but you don’t know where they are. It’s wonderful to feel those someones are with you in the room.”

All of us someones were dying to stay in the room, ask them more questions, have them tell us which signs to befriend and to kiss and to howl at the moon with, but the resident timekeeper was a Virgo, and at 7:30 exactly, the event came to an end. With warm cheeks and seen egos, we chattered our way out of the room, full of light and affirmation, trying to remember the cutest things they said about our sign.

I know you all really just want to know what the Astro Poets said about your sign IRL. Here’s a quick cheat sheet for each of your beautiful signs.

Aries: “Aries-Sag friendships are forever. He would never leave me!”  –Dorothea on Alex

Gemini: During the Q&A, Alex was asked if he’d ever date a Gemini. “Are you a Gemini?” he asked back. “Yes, but I’m already dating a Sag. But I could have more lovers,” the most Gemini Gemini responded.

Cancer: “People think we drag Cancers, but it’s the same with Pisces. We love you, but we can’t just give it to you like that.”  –Alex

Leo: Over the course of the event, Alex and Dorothea asked each sign to raise their hands. How many Libras? How many Cancers? How many Geminis? Leos were the only ones to erupt into cheers for themselves.

Virgo: When asked which signs make the best friends: “Across the board, a Virgo is a good friend. They will be there for you.”  –Dorothea

Libra: “No one was into the signs as Virginia Woolf books except Libras, who loved it.”  –Alex

Scorpio: “You are meaty but you are also very mean.”  –Dorothea, in ‘Astrological Love Poem’

Sagittarius: When a well-intentioned teen asked how to celebrate her birthday as an adult (by which she meant 20, causing groans from all over the auditorium): “You’ll never be an adult, you’re a Sagittarius. You’re gonna be fun for life.” Alternatively. . . “Sags love hallucinogenics, I’m not gonna lie.”  –Alex

Capricorn: “Taurus/Capricorn are a good match. I always like seeing them in public.”  –Alex

Aquarius: “Aquarius, I love you.”  –Dorothea, in ‘Astrological Love Poem’ 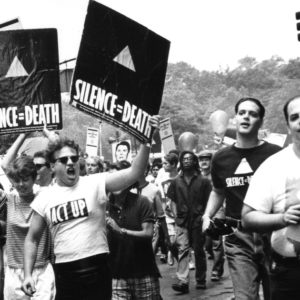 In essence and intention, the political poster is a public thing. It comes to life in public spaces, and outside them, is academic....
© LitHub
Back to top
Loading Comments...