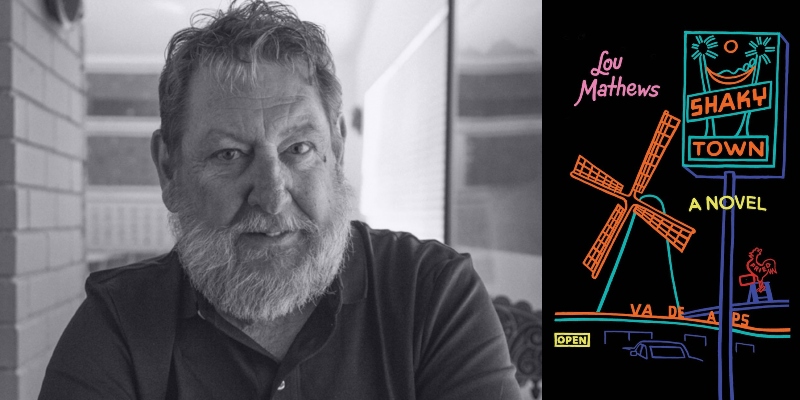 Lou Mathews is the guest. His new novel, Shaky Town, is out now from Tiger Van Books.

Brad Listi: You’ve mentioned Raymond Carver a couple of times, in particular with respect to the literary journal that you were editing at Santa Cruz. Did you cross paths with him?

Lou Mathews: Ray was my teacher, and you have to understand, this is in Ray’s bad old days. From ’71 to ’73—’71 he taught at UC Santa Cruz, ’72 he taught at UC Santa Barbara, ’73 he taught at University of Iowa—he didn’t finish the year at any one of those places because he was drinking so badly. The class I took with him was an omnibus class—poetry, nonfiction and fiction. He encouraged everybody to write poetry because it was short. He couldn’t remember anybody’s name. He wasn’t usually obviously lit, but he was not completely engrossed. At the same time, he was writing all this great stuff. And the idea that somehow he could manage to do both was just amazing to me.

There’s a poem you should look at called “An Evening with Charles Bukowski.” To my mind, it’s the best Bukowski poem ever written, but it was written by Raymond Carver, and it’s about an evening that was spent in Santa Cruz. As the youngest, most junior faculty on campus, he was responsible for hosting visiting writers, and they’d elected to bring in Charles Bukowski for an evening of readings. And Bukowski, they sent him a plane ticket which he promptly cashed in. He arrived on a Greyhound bus. Ray goes down to meet him at the bus, wearing his only coat and tie, and Bukowski got off the bus insulting him, talking about these goddamn teachers, these academics.

And Ray Carver was the least academic guy you’d ever meet. But Bukowski basically insulted anybody with a university affiliation for the rest of the night, then did his reading, proceeded to get shitfaced drunk. Ray had stayed sober the whole day and finally, about two o’clock, Ray gave up and started drinking. He was able—the next day or whenever he wrote it—to write this incredible poem that recounts the entire evening faithfully and brilliantly. That kind of stunned me when I finally read it.

About six years later, I got to know Ray a lot better. I was running the Santa Cruz Writers Program, which was a summer program, which is a really great event; I did it for about two years. Ray was there the first year, and for the price of a dorm room and a cafeteria ticket, we had Ray Carver there for two weeks, and he would read anything anybody handed to him—I remember walking around with a stack of manuscripts. Because he didn’t have any place else to go. That was kind of his first year of being sober, and he was a little lost. But he was just absolutely an incredible resource.

*
Lou Mathews is the author of L.A. Breakdown and a longstanding instructor at UCLA Extension’s acclaimed Creative Writing program. His stories have been published in ZZZYVYA, New England Review, Tin House, Black Clock, Paperback L.A., and many fiction anthologies. Mathews is also a journalist, playwright, former restaurant critic, and passionate cook. He has received a Pushcart Prize, a Katherine Anne Porter Prize, and an NEA Fiction Fellowship, and is a recipient of the UCLA Extension Outstanding Instructor Award.

My Year of Yes: On Falling in Love with Competitive Tennis at Age 41 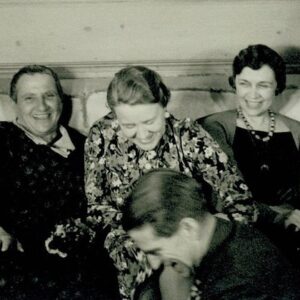 The past is another country, and—so the saying goes—they do things differently there. So differently that Queen Victoria...
© LitHub
Back to top