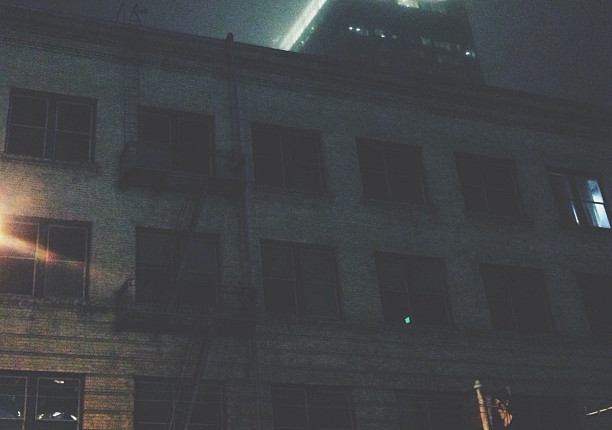 A POEM by Lonely Christopher

Lonely Christopher’s new poem has some of Blade Runner’s beautifully inhuman lighting, some of Keith Haring’s absurdist doodled bodies writhing toward hopeless ecstatic delivery. In stately quatrains and retro diction, Lost Metropolis summons the spindly towers of French-American modernism, but quickly the evocations dislocate and multiply inside the shadows of AIDS and itinerant queer youth. What time does the poem occupy? Future and past collapse in a fevered dream where some watch, some suffer; where bodies mechanize and become toxic. With its visceral sci-fi spirituality, as haunted as a Samuel R. Delany novel, perhaps the poem articulates that foggy, sickly life-space we refer to, often mindlessly, as “living in the now.”

The children of the plague gave up on Manhattan
and crawled, half-alive, toward outer boroughs
wet flakes of snow dribbled across their shoulders
their scleras glowed neon, virescent in the dark.

The company called them valetudinary moochers
as they slopped us out of their cancerous wombs
into garbled ditches and patches of filth under bridges
we screamed our chosen names into the whorish night.

They stashed us in neglected apertures, stalked off
to die in the oncoming shadow of the entitled monolith
as the burning orb of a new century climbed the horizon
and our sallow eyeballs adjusted to such rancorous light.

Clearly we’d been marooned in an inimical region
where rawboned cats wept blood and absently fought
we took the rancid semen of abusers as our milk and
supped on chunks of pitch we’d plucked from the road.

There were those who dreamt of escape, some tried
some asked questions and others mindlessly survived
some flung their bodies in front of buses or trains
still others clawed vainly at the palace’s skeletal gates.

Observers study us from the other side of the river
aghast or amused, it doesn’t really matter to us
our mother is this wilderness and our father is pain
even if we could get out, we’d still come back again.

Lonely Christopher is a poet and filmmaker. He is the author of the poetry collection Death & Disaster Series (Monk Books, 2014) and the short story collection The Mechanics of Homosexual Intercourse, which was a 2011 selection of Dennis Cooper's Little House on the Bowery imprint of Akashic Books. His plays have been produced in New York City and China. He wrote and directed the feature film MOM (Cavazos Films, 2013) and his stories have been adapted for the screen in Canada and France. He lives in Brooklyn.
Share: 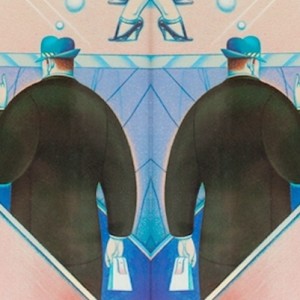 Day-Long Novels: A Reading List In honor of Bloomsday—our annual and reverent celebration of James Joyce's account of just another day in Dublin—we...
© LitHub
Back to top