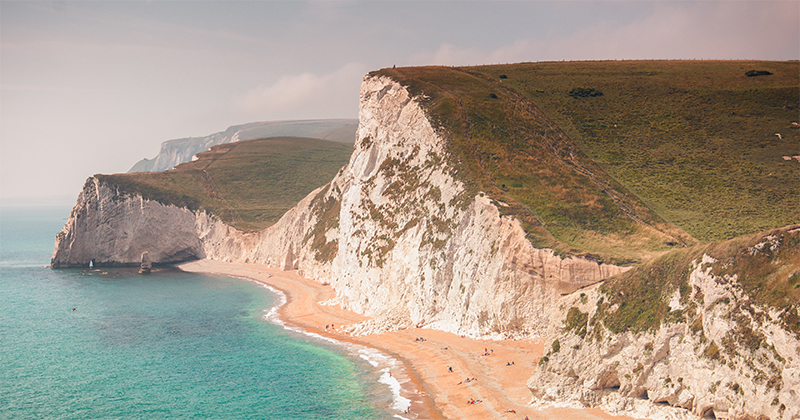 Looking at the World Through My Character’s Eyes

On Roleplaying as Research

Like Futh, the protagonist of my first novel The Lighthouse, I once took a ferry from the south coast of England to the Hook of Holland, slept in a ferry cabin, and went on a circular walk in Germany’s Rhineland. At the time, I had no plans to write about it; I was just Ali going on a holiday with her husband.

Four years later, with a first draft of the novel written, I realized I needed to make another ferry trip to observe particular details. By then we had a two-year-old son, and we incorporated a ferry trip into a family holiday. Alongside looking after our little boy, I made a point of trying to experience aspects of the journey in character, seeing through Futh’s eyes. Inhabiting Futh on the outer deck, I noticed “the rumble of the engine, the vibrations underfoot”; he sees the car ramp “raised like a drawbridge,” reminding him of “the closing leaves of a Venus flytrap’; he experiences a sensation of ‘the untethered land drawing away from him” as the ferry pulls away from the harbor. The mental shift helped me to identify relevant details and find the right language for the narrative.

So much research can be done online, but in situ I spot things I wasn’t even looking for. That second trip came with a storm that is also experienced by Futh: the sense of instability, of the ground shifting and tipping beneath him, suits his situation: “there is a tannoy announcement, a warning of winds of force six or seven, a caution not to risk going outside . . . The floor is gently heaving. He feels it tilting and dropping away beneath him. He walks unsteadily across the room.” While I lay in bed in our cabin feeling hideously seasick, it struck me that I ought to have Futh experience this too, so at the same time as trying not to throw up I consciously experienced the seasickness as Futh; it was only then that the mattress seemed “to swell and shift beneath him like a living creature.”

I was keen on drama at school; I joined the youth theatre and went on to study drama alongside English literature at university; I’ve also enjoyed occasional work as a film extra. Half the fun of writing fiction is the role-play and improvisation that takes place inside the writer’s head; you even get to design and construct a mental set or go location scouting. And at a certain stage in the writing process, when I know my characters well enough that I can, sitting at my desk, see the storyworld through their eyes, I’ll be able to channel them in a real-world location in much the same way. It’s a strange pleasure to walk around wearing your new protagonist like a secret costume. It feels a bit like going to the shops in what pass as normal trousers but you know you’ve actually got your pajamas on.

Recently, conducting research as I neared the end of the first draft of my fourth novel, I took the train from London to Carlisle. The woman who caught that train at Euston was me—the cost of the ticket came out of my bank account, and the booking confirmation was in my name—but she was also Jessie Noon, heading home from a translation conference. These trips are usually a combination of fact checking and treasure hunting. I needed to observe the platform layout at Euston in relation to a scene I’d already written; a bonus was seeing the graffiti on the walls as the train pulled out of the station, which seemed to belong in a narrative that is concerned with communication: “There was graffiti spray-painted on the brickwork that ran alongside the train tracks—people left messages, or just their own names, so that someone would see it and know that they had been there. She tried to read them all but already the train was traveling too fast; the graffiti went by before she could fasten her eyes onto it.”

I knew that Jessie needed to go to a cafe in Carlisle, but I didn’t write the scene until I’d been there with my Jessie head on. At Bar Solo, we both had a scone with jam and a pot of tea: “She had not realized how hungry she was until she started eating. She wolfed down her scone. There was a little square of flapjack on her saucer; it was a nice touch, a kindness for which she was grateful.” Again, knowing Jessie and her story at the point at which I did this research enabled me to see the relevance of certain details, and gave me the language with which to express her experience.

Missing is set mainly in the Scottish Borders, which I have visited a number of times, but when I went this summer—visiting friends with my husband and son—I was able to walk down the high street in Hawick in Jessie mode, passing the postbox in which she posts her Christmas cards, and going on down to the river, following her dog-walking route. We explored the Cheviot Hills together: me, my family and friends, and Jessie. We went to Morrisons, where I looked for the vegetables in the freezer aisle because Jessie does. It is genuine research—I needed to check whether there was a Sunday post, and to see whereabouts the frozen roast potatoes were—but at the same time I was just enjoying wearing Jessie and seeing how her seams held up.

I have written elsewhere about the join between fact and fiction and about Paul McVeigh’s experience of exploring and observing his hometown in the process of setting his first novel there, the fictional world now inhabiting the same space like an alternate universe. Peter Buwalda said in an interview that having written “a few long chapters situated in Los Angeles and San Francisco” he “went to see the actual cities, travelled around for a month, noted down all kinds of details, took pictures, got home and didn’t change a thing.” I love that, and the possibility of writing about a place to which one has never been, but I also love that he went.

It’s a perk of the job, to have a reason to go and look at a place in this particular way. I get to be two people at once. If you happened to be on a ferry going from England to the Continent in 2011, or on Botchergate in Carlisle or in Morrisons in Hawick this summer, and if you happened to look my way, you might have seen me glitching.

Alison Moore’s first novel, The Lighthouse, was shortlisted for the Man Booker Prize 2012 and the National Book Awards 2012 (New Writer of the Year), winning the McKitterick Prize 2013. Her shorter fiction has been published in Best British Short Stories anthologies and in her debut collection, The Pre-War House and Other Stories, whose title story won a novella prize. Born in Manchester in 1971, she lives near Nottingham with her husband Dan and son Arthur. 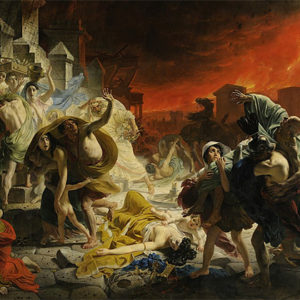 I am molten matter returned from the core of earth to tell you interior things. —Anne Carson, Autobiography of Red   By...
© LitHub
Back to top