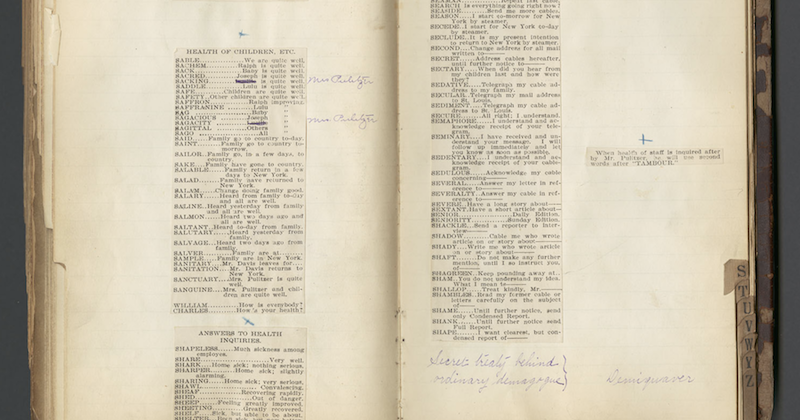 Look inside the only surviving copy of Joseph Pulitzer’s secret code book.

Tomorrow, we celebrate the 174th birthday of Joseph Pulitzer, now most well-known for establishing the Pulitzer Prizes with his endowment to Columbia University. But in his time, he was an elected Democratic congressman from New York fighting corruption, and the publisher of the New York World newspaper—a job so stressful he invented a secret code to communicate with his staff.

To outdo the World’s rival newspaper, William Randolph Hearst’s New York Journal, Pulitzer turned to sensationalism, covering scandals and crime. Under Pulitzer’s direction, the World became the highest circulating newspaper in the country, but he (unsurprisingly) made enemies of both the figures he covered and his journalistic rivals; he faced personal attacks on his religion and character. Eventually, Pulitzer encrypted his communications by communicating with his staff using a code book that contained around 20,000 terms.

The only known surviving copy of Pulitzer’s code book, stored at Columbia University Libraries, has thousands of entries which correspond to all the major figures and concepts in his life; there are code names for politicians, friends, rivals, family members, dollar amounts, and even various commands. Some revealing ones: Hearst’s Journal was called “Medusa”: Theodore Roosevelt was “Glutinous”; The Republican Party was “Malaria.” And Pulitzer called himself “Andes” or “Marksman,” which, credit where credit’s due, is a very cool code name. This guy would have loved Signal. 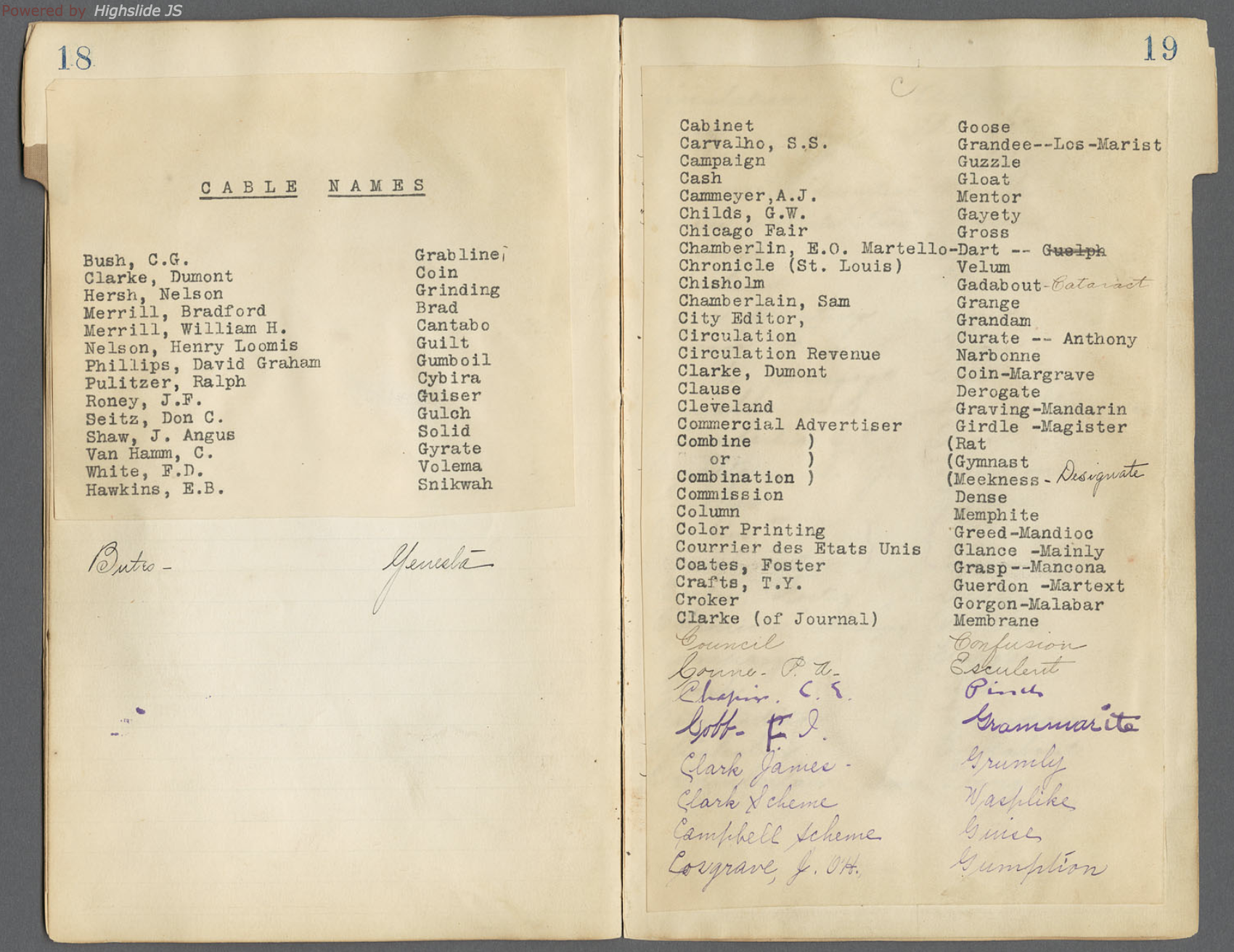 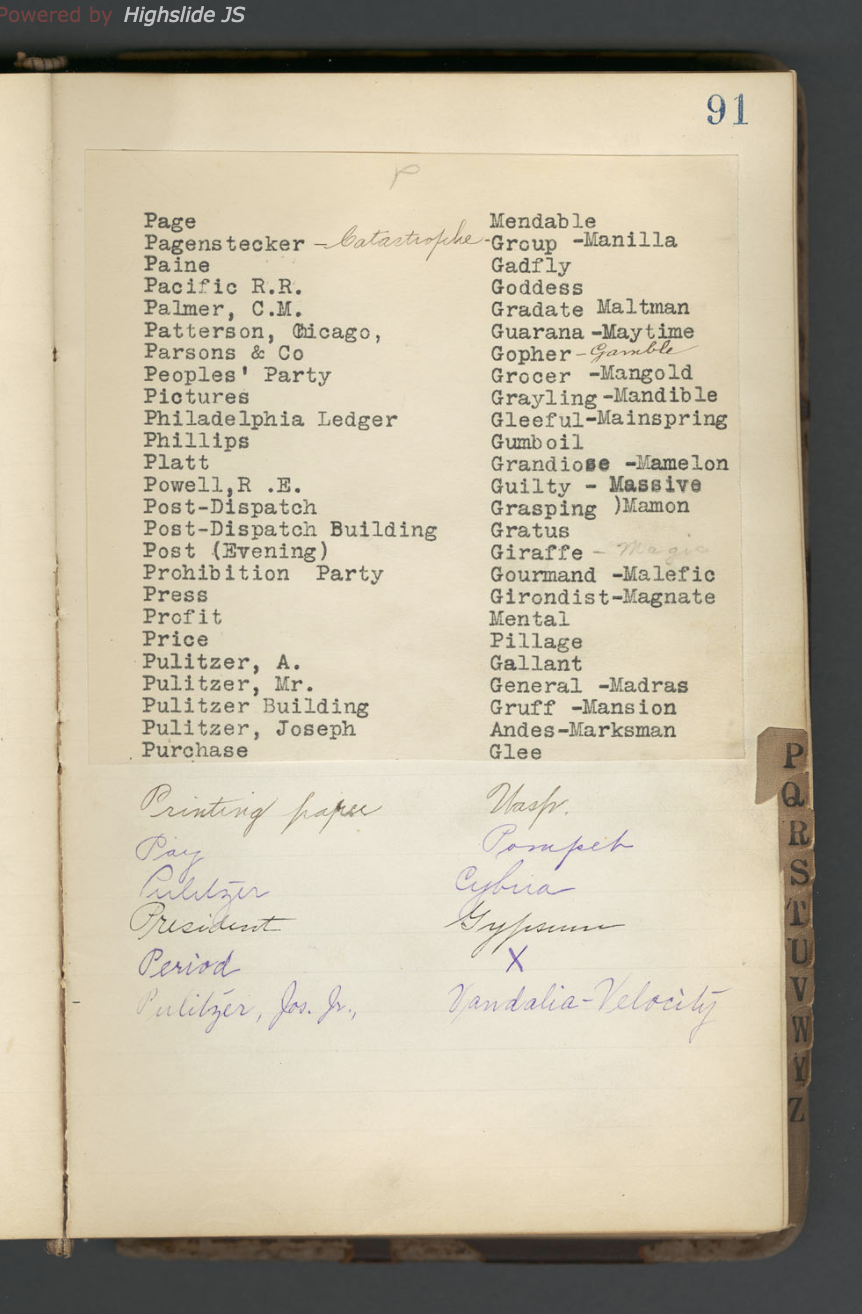 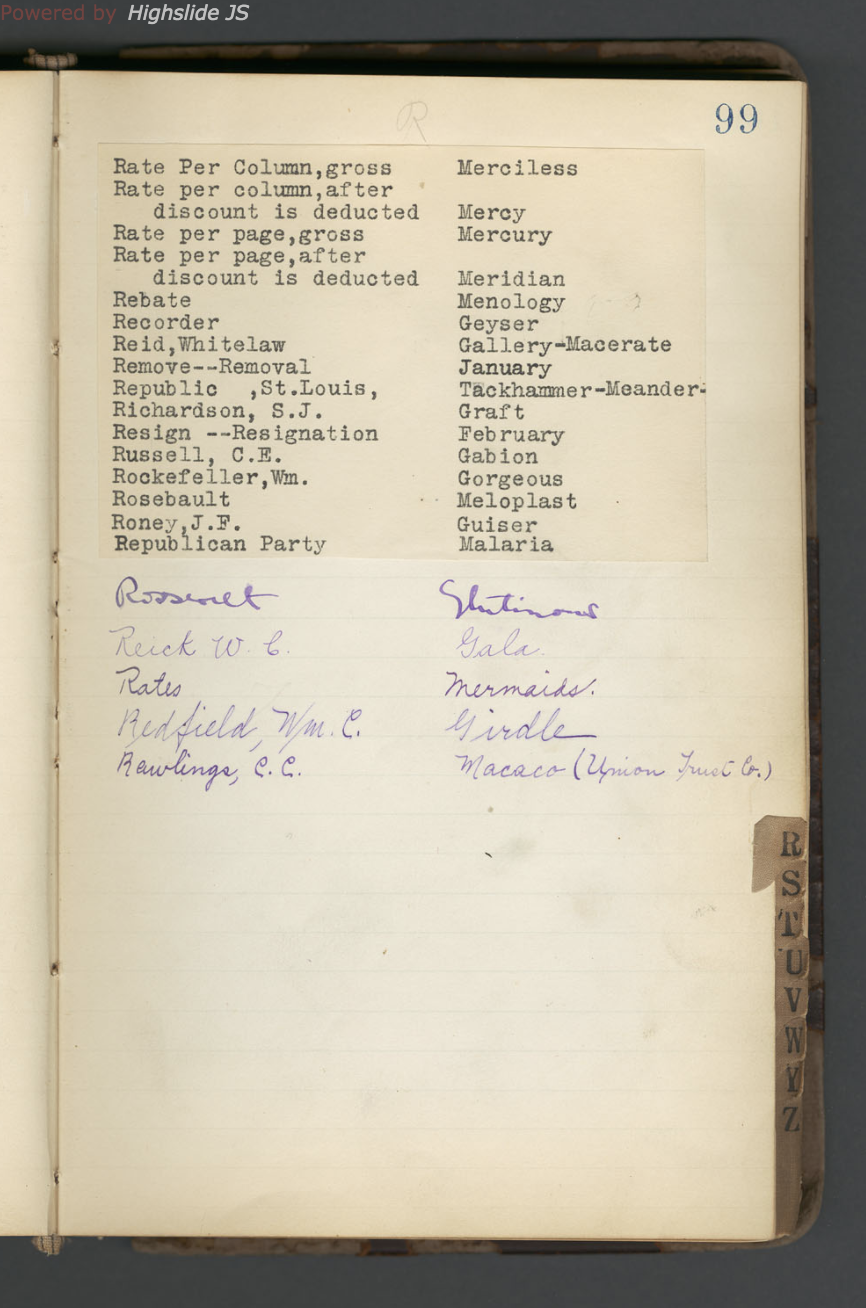 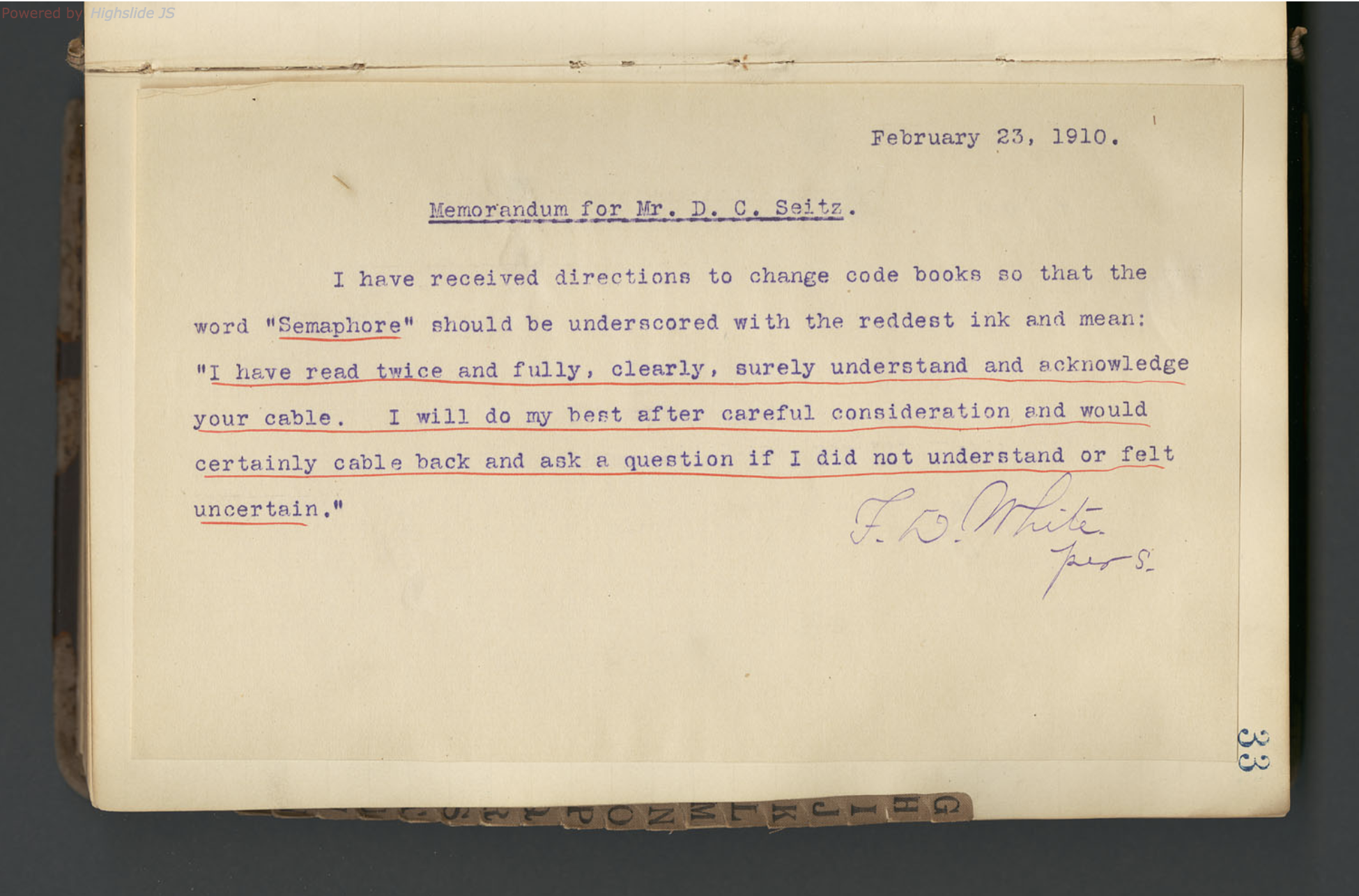 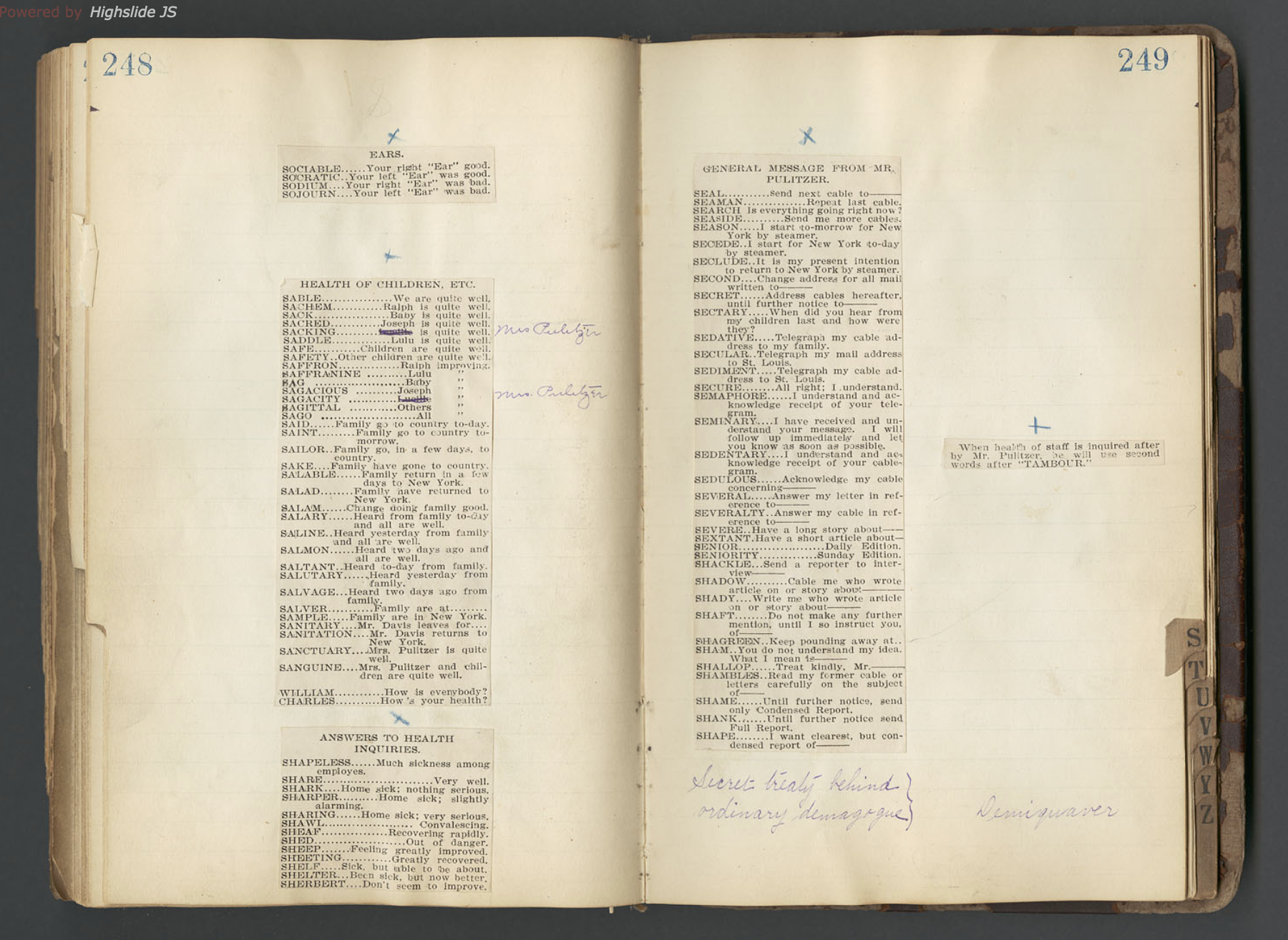