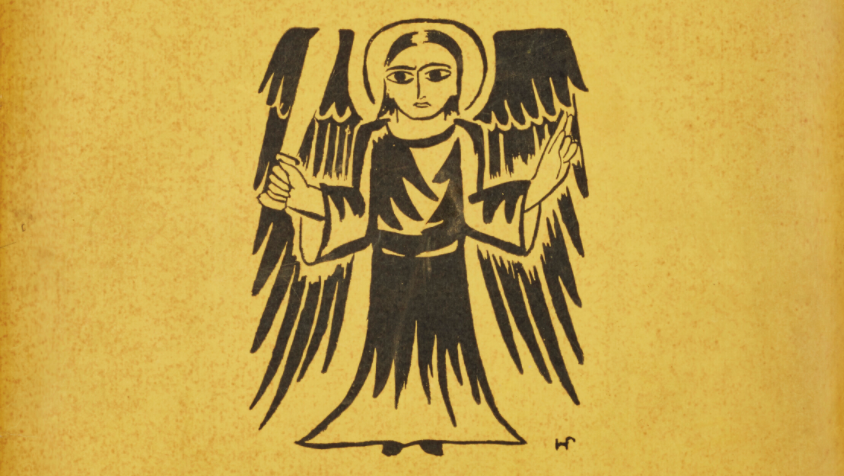 I don’t exactly know why I frequent auction sites like Christie’s, looking for rare books I’ll never be able to afford, but one small reason might be the chance to look at books like this.

On sale later this month, this collection of rare, avant-garde Russian art books includes some of the finest examples of Kazimir Malevich’s so-called Suprematism movement (that name DOES NOT hold up), which

…valued the supremacy of artistic feeling above all else. [and gave abstract painting] a geometrical underpinning by focusing on circles, squares, rectangles and other simple shapes.

I, too, value the supremacy of artistic feeling above all else. Perhaps the highlight of this auction—drawn from the collection of the late Paul Destribats—is Suprematism: 34 Drawings (below), in which Malevich provides theoretical underpinning for many of the ideas in Suprematism, along with the thinking behind his own work, including this incredibly Russian sentence: “The square equals feeling, the white background equals nothingness.” 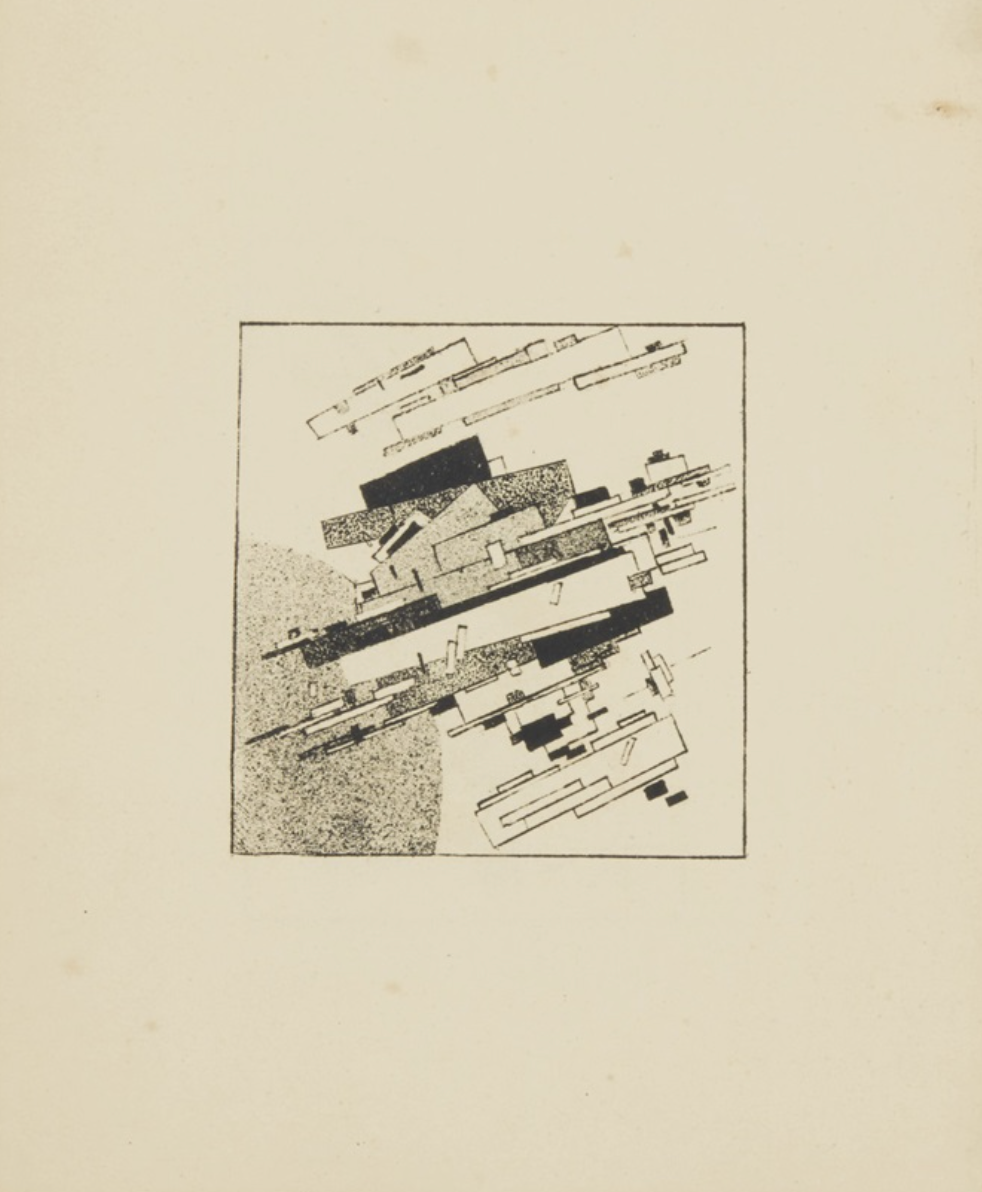 It is bittersweet to spend time with documents of the Russian avant-garde movement, which was at its freest from 1915 to 1920, even as the shadow of the 20th century’s industrialized brutality was everywhere growing darker. But there is liberation and exhilaration in these books, imagining as they do a future filled with beauty and intensity, in perpetual opposition to the mechanization of the human heart. 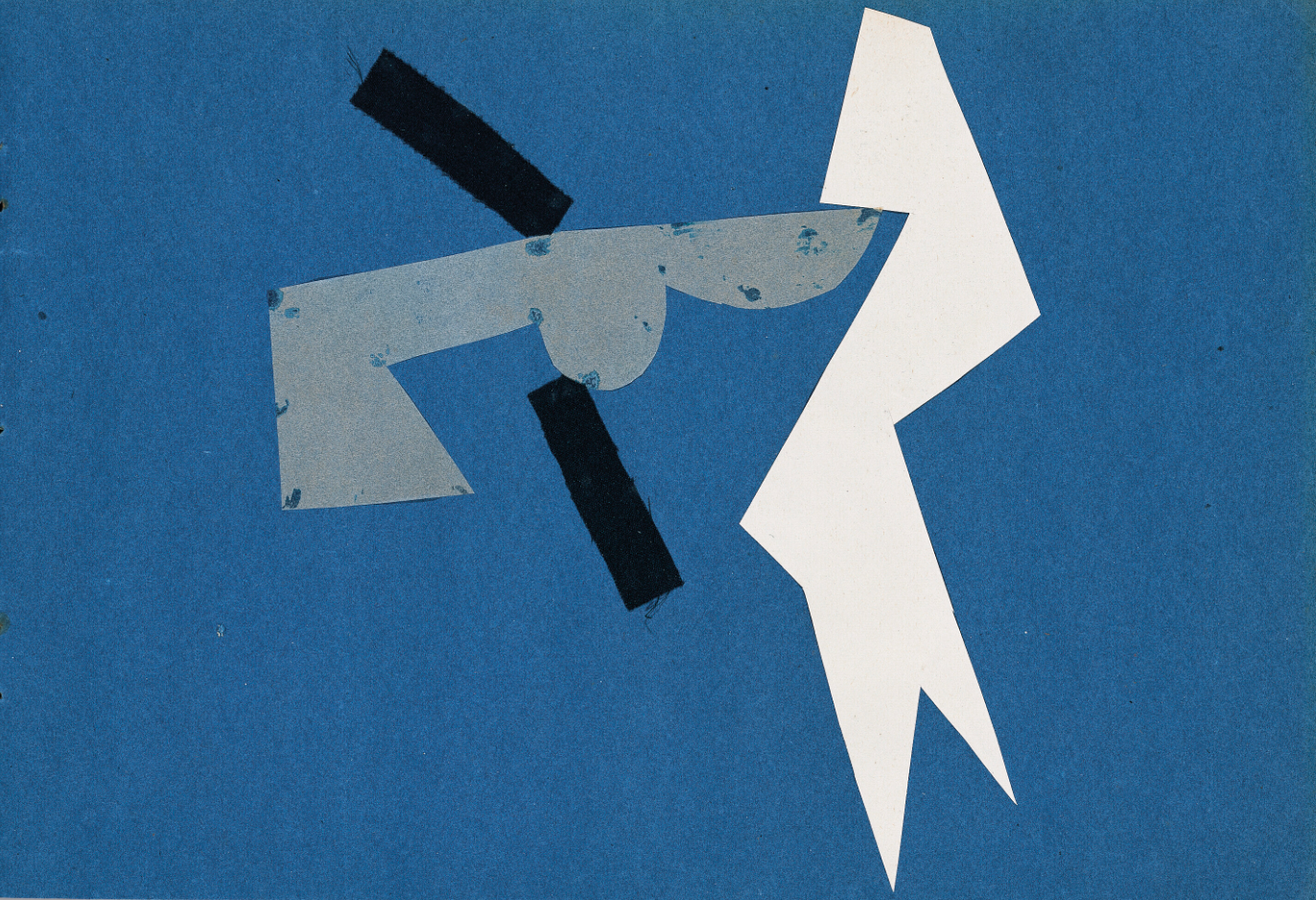 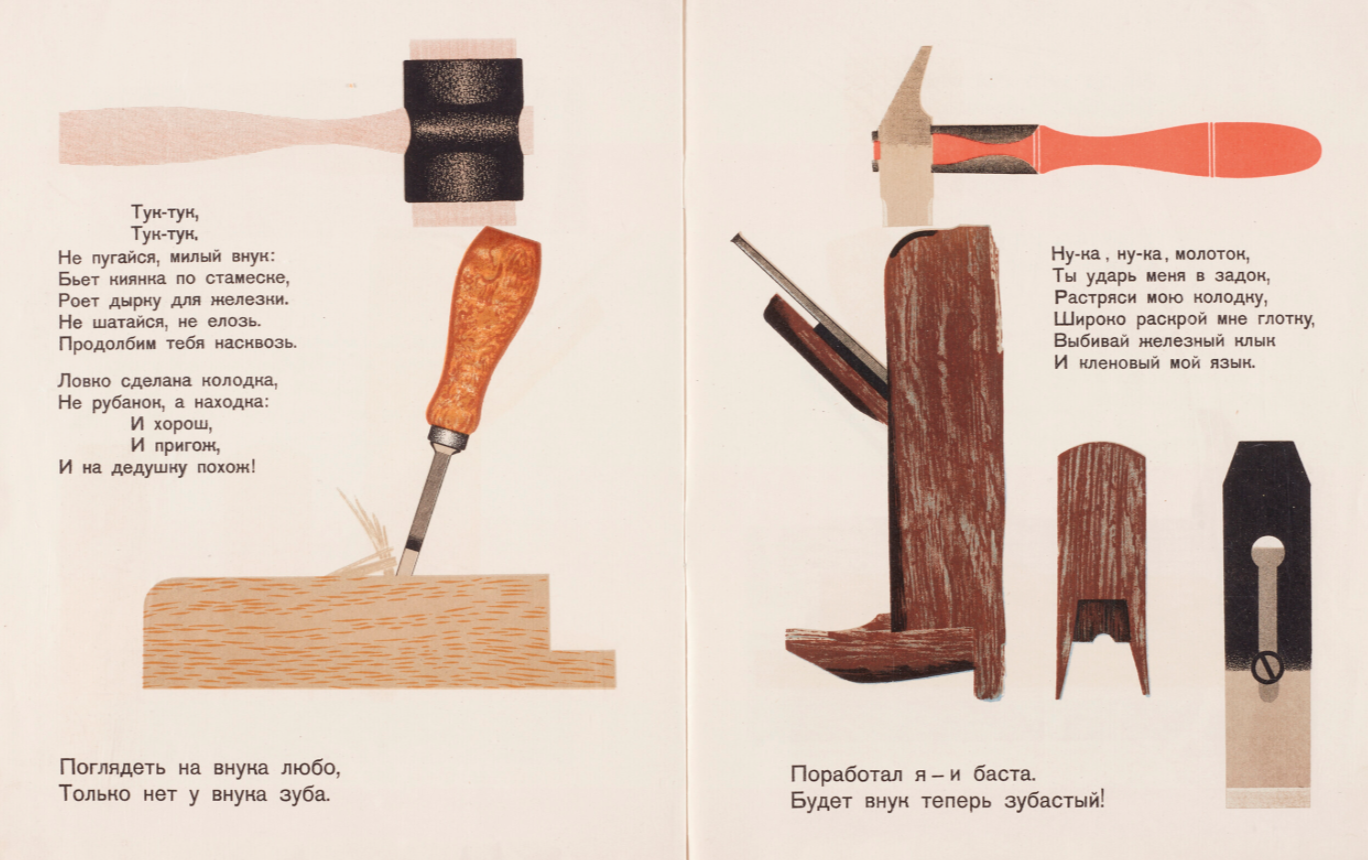 From Vladimir Lebedev’s “The Hunt.”