“The key that opens treasures is often plain and rusty.”

Incorporated, armigerous, and duly constituted, the Royal Society of London was ready to take its place in the world.

But what exactly was that place? What did the Royal Society do?

It brought together knowledge, certainly. From the beginning, Fellows were asked to prepare narrative accounts of different trades and industries—engraving and etching, refining, shipbuilding, masonry, brewing. The physician Christopher Merrett produced an ambitious catalog “of the natural things of England, and of the rarities thereof.” This objective wasn’t pursued merely from a desire to acquire knowledge for its own sake: as the membership grew, there were dabblers and earnest country squires who delighted in curiosities and oddities, but the men at the core of the Society were moved by the conviction that the improvement of natural knowledge would necessarily lead to improvements in trade, commerce, and manufacturing.

But making “faithful records of all the works of nature, or art,” as Thomas Sprat wrote in his 1667 History of the Royal Society, “so the present age, and posterity, may be able to put a mark on the errors which have been strengthened by long prescription,” wasn’t enough. In the words of an undated set of proposals that were probably drawn up by William Neile, son of Sir Paul Neile, “the business of the society is to make experiments”—although not for their own sake: Neile went on to stress that “the experiments themselves are but a dry entertainment without the indagation [i.e., searching out] of causes.”

At the second meeting of the group, on December 5th, 1660, Christopher Wren was asked “to prepare against the next meeting for the pendulum experiment,” and a committee consisting of Brouncker, Boyle, Moray, Petty, and Wren was asked “to prepare some questions, in order to the trial of the quicksilver experiment upon Tenerife.” The first of these two experiments presumably related to Wren’s research into the vibrations of a pendulum, which was thought to hold the key to accurate time-keeping, and hence the solution to the problem of longitude; the other was a reference to plans for observing the behavior of a mercury barometer at the top of a peak in Tenerife, the largest of the Canary Islands, which reached a height of about 3,660 meters (12,000 feet). The Royal Society was many things: a forum for sharing ideas and discoveries, a hub for gathering and disseminating those ideas, and a center for coordinating national and international research. But the demonstration, sponsorship, discussion, and promotion of experimental learning was at its heart.

At the fourth meeting, on December 19th, every member was requested to bring in “such experiments, as he should think fit for the advancement of the general design of the society.” By January 2nd, 1661, business was in full swing. Brouncker and Boyle had come up with a list of 22 ideas of things to try in Tenerife, including: “observe accurately the time of the sun’s rising on the top of the hill and below; and note the difference”; and “try by an hour-glass, whether a pendulum clock goes faster or slower on the top of the hill than below.” The list was entered into the register, as a permanent record and as evidence of priority should its contents lead to any important discoveries. Boyle was asked to show his air pump, Jonathan Goddard his “experiments of colours,” and Petty the “diagrams of what he had discoursed to the society that day, and the history of building of ships.”

Brouncker was asked to “prosecute the experiment of the recoiling of guns, and to bring it in at the next meeting.” He didn’t, and had to be asked again a few weeks later, and again after that—a pattern of promise, nonperformance, and reminder that was to become familiar to many members, especially those with busy professional lives outside the weekly meetings at Gresham. The phrase “bring in” was ambiguous: sometimes it meant an actual demonstration, sometimes a paper reporting on the results of an experiment carried out elsewhere. The request for Goddard to bring in his “experiments of colours,” for example, resulted in his producing a paper describing how he mixed different liquids that were either colorless or had a color completely different from that produced when they were brought together. The paper was duly written up in the register.

But plenty of actual experiments were performed at the weekly meetings—around two dozen during the first year. They often resulted in the death of the subject. At the June 13th, 1661, meeting, the physician Walter Charleton, who was researching animal physiology, administered three grains of nux vomica (strychnine) to a young thrush and a young woodpecker, and both died.

Members and their guests also brought curiosities to the weekly meetings in an early form of show-and-tell. Some were more curious than others.

“He gave also to another young thrush two grains of nux vomica and as much sublimate mixed together; and that killed the bird in nine minutes’ time,” according to a record of the meeting. Other members also pursued an interest in poisons. A toad and a slowworm were killed by having salt thrown on them, and “it was ordered that two puppies be provided against the next meeting, for the trial of experiments of poisons” (unusually, they both survived). Various other creatures died in Boyle’s air pump experiments.

Boyle and some of the others were also prompted to carry out research into buoyancy after Charles II, in an early mark of favor, gave Sir Paul Neile five little glass bubbles “in order to have the judgement of the society concerning them.” Boyle brought in three glass cylinders filled with water, with empty glass bubbles inside them, “some of which ascended, the water being heated, and others descended by the like heating; and others ascended, the water being cooled in cold water, and descended by heating the water.” Clearly these experiments did not always yield conclusive results.

As the Society’s reputation grew, reports began to come in of experiments carried out elsewhere by nonmembers. As a rule, members repeated such experiments to verify their findings, although their own reports were usually accepted without question by Fellows. Members and their guests also brought curiosities to the weekly meetings in an early form of show-and-tell. Some were more curious than others: one member produced a flat stone found at the seaside, because it looked like a biscuit cake. On another occasion the same member, the apothecary John Houghton, proudly presented a four-legged chicken from Godalming. He also showed a yam, half a large bladder thought to be the crop of a pelican, and “a curious humming-bird,” which presumably was dead. Dr. Croone brought in a dead parakeet to be embalmed by the botanist and physician Nehemiah Grew, but Grew was absent from the meeting; Brouncker had to take the thing away and hand it over to him later. When he finally got it, Grew decided it wasn’t fit to be preserved, promising an embalmed eagle instead.

Sometimes the records were bewilderingly brief: “Dr Wilkins produced a piece of tinged hanging.”“The amanuensis was ordered to bring in a glass-hatband at the next meeting.”The Duke of Buckingham, who was admitted in June 1661, promised to bring in a piece of a unicorn’s horn. There is no record of him ever doing so, but Sir Robert Southwell later produced “a great horn, said to be an unicorn’s,” and at a meeting in July 1661 a circle was made with powder of unicorn’s horn. When a spider was placed in the middle of it, “it immediately ran out.”

Some experiments were harder to do than others. Mathematical demonstrations were considered boring. Those involving ballistics, altitude, or astronomy had to be conducted elsewhere for practical reasons. Vivisections, which would have to be performed without benefit of anesthetics, were unpleasant and often distressing, even to hardened 17th-century sensibilities. And specialized equipment was often required for the simplest experiments. That was one of the advantages of meeting in Rooke’s rooms at Gresham: he had access to the college’s instruments. At one of the very first meetings, the amanuensis noted, “Mr Rooke to provide tubes and quicksilver for the quicksilver experiment.”

In the summer of 1663, when the Society was gearing up for a projected visit from Charles II, there was much talk about a program of experiments that would amaze, amuse, and entertain its royal patron. But what to choose? Christopher Wren wrote a long and practical letter of advice. Chemical experiments would be dirty and tedious, he thought. Anatomical demonstrations were “sordid and noisome.” Mathematical proofs and the display of astronomical instruments were frankly incomprehensible to the uninitiated. Agricultural and industrial machinery needed “letters and references,” and more time than a royal visit allowed. “Scenographical, catoptrical, and dioptical tricks” required more skill in the execution than the Society’s resources would permit.

Architectural designs were no use without an actual building, or at least more insight into the subject than the king could be expected to possess. Surprise and spectacle were what was needed, not conjuring tricks, which would devalue the work of the Society. To “produce knacks only . . . will scarce become the gravity of the occasion”; yet at the same time, “the key that opens treasures is often plain and rusty; but unless it be gilt, the key alone will make no shew at court.” Wren went on to offer some practical suggestions: a circular barometer, an artificial eye (i.e., a model of an eye), or a compass suspended in water and resting on springs, so that it could be used in a moving carriage.

Of course, the king never came. 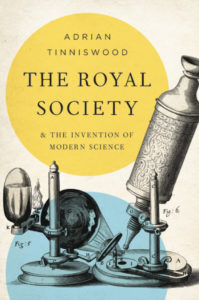 5 Books You May Have
Missed in June 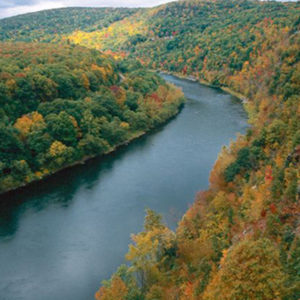 Lean on the Water Day Four   Lean your body on the water and cling to it Can’t bear it any longer. I twist my body holding...
© LitHub
Back to top
Loading Comments...