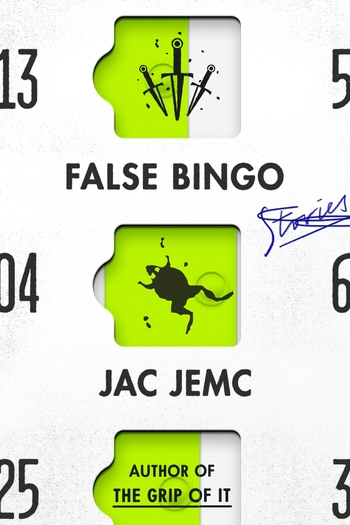 The following is a story from Jac Jemc's collection False Bingo. Jac Jemc is the author of My Only Wife, a finalist for the PEN/Robert W. Bingham Prize for Debut Fiction and winner of the Paula Anderson Book Award; the short-story collection A Different Bed Every Time; and the novel The Grip of It, named a finalist for the Chicago Review of Books Award for Fiction. She teaches at Northeastern Illinois University and StoryStudio Chicago and is the web nonfiction editor for Hobart.

Amy was at the point of asking herself extraordinary questions in earnest. She had lived for a long time projecting a façade of hopefulness, but even that veil had begun to break down. Her friends had taken to asking if she was okay, enough that she suspected they might pose the same question about her to each other in her absence.

Amy sat at a bar among well-­to-do industrialists. She could still find little­ hints of joy in calling modern entities by dated names. She wondered if the men around her could possibly be that successful if ­they’d chosen to attend such a gathering. If an entrepreneur was stable in their field, did they need the power of a network, of connections? Did they go out in search of such things­ or did they wait for people­ to come to them?

Amy had arrived to the bar when it was still empty. The bartender told her she could stay, even though she ­wasn’t supposed to let anyone in without a pass. She let Amy pay for the first drink, but then passed each subsequent cocktail to her, charging her only a wink. “I’m willing to bet ­these guys can carry one more tab between them all.”

Amy stayed long enough that the businessmen cleared out and the bartender didn’t­ tell Amy it was time to go when only the two of them remained in the bar, a busboy having made one final trip to the back and never reemerged.

“I’m gonna tell you a story. You get tired of listening, you just clear out, no questions asked.”

Take what you get and move forward.

Amy inched her glass to her lips. It was just melted ice now, but she thought maybe that was for the best.

“A friend made a series of bold decisions. I know vague stories are useless, so I’ll get specific. She’d­ die if she knew I was telling you, but she ­will never know, so ­here it is.

“Let’s call her Peg: a great­ name. One that never comes up anymore. Peg had just moved to a new city ­because ­she’d found a new job. It was a dream sort of job. A job she was unqualified for, but would put more passion and panache into than anyone who had the ‘necessary’ experience. On her first day, she fell in love with another member of her team, and he seemed just as smitten with her. Her apartment was a steal. She should have been paying ­triple what she was, but the landlord was old and happy to have a quiet young ­woman above him. The roof of the building had a pond with three beautiful koi fish in. After­ work, she and her young man friend would make dinner together around the immaculate kitchen island.

­“After he did the dishes and she poured them each a glass of wine, they’d­ go to the roof and watch the fish swim. On the nights they went out, it rained, and on the nights they stayed in, and visited the pond, the weather was clear and perfect.”

“She married the man. They agreed they both wanted three ­children and they have birthed three ­children without issue. They ­were both promoted in the company, several times. The man took a position at a rival firm and they enjoyed the competition between them. They lived in the apartment ­until the landlord told them he wanted to sell, and they bought the whole­ building from him and converted it into a single-­family home.”

“I hate ­these people,”­ Amy said, and urged her glass ­toward the bartender with a single digit.

The bartender poured two more fingers of whiskey into the glass.

“What I’m saying is: Everything worked out. Sure, they had problems from time to time, but ­don’t question the bad, don’t­ question the good. Take what you get and move forward.” The bartender threw back a shot of her own.

“That’s easy to say when the news is good,” Amy said.

“Sure is,” the bartender replied. “You drank for free­ tonight. ­There’s that.”

Amy thanked the bartender and pushed back her stool. She went home and when she fell asleep that night, she ­imagined moving through a tunnel that ­wasn’t only dark, but foggy, too. When she woke up everything was light.

She sent out job applications that day. She texted the woman­ she’d­ been too shy to ask out whenever she saw her at the co-op. She walked into the shop she passed on her way to the train, and purchased a wool throw that seemed like what people­ called an “investment.”

She returned to the bar with her girlfriend.

She went on her own.

She asked the other bartenders when the ­woman would be working next, but ­she’d quit. No one knew how to get ahold of her.

On nights when her wife was out of town, Amy would stop in to the bar for an overpriced drink, hoping she might find the bartender to thank her for the way she’d­ turned nothing into something. One night a woman­ sat beside Amy. The woman­ was down on her luck. ­She’d lost her job, her husband, and with him her house­ and custody of her kids.

Amy fumbled for something she could say to help the woman­ and settled for introducing herself. “I’m Amy,” she said.

From False Bingo by Jac Jemc. Used with permission of the publisher, Farrar, Straus and Giroux. Copyright © 2019 by Jac Jemc.

Who Are the Leo DiCaprios of the Booker Prize? 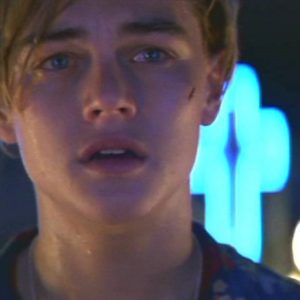 Who Are the Leo DiCaprios of the Booker Prize? Three years ago, the internet collectively decommissioned a well-worn meme: Leonardo DiCaprio Gets Snubbed by Oscar. After...
© LitHub
Back to top