Who Will Win the World’s Richest Nonfiction Prize in English?

Watch below for the shortlist announcement for this year’s Cundill History Prize, the richest award in the world for nonfiction in English (the winner will receive $75,000 US).

This year’s jury is composed of an impressive array of historians, whose areas of specialization range from race relations and gender politics to the history of  China and India: Eric Foner, DeWitt Clinton Professor Emeritus of History at Columbia University; Henrietta Harrison, Professor of Modern Chinese History, Oxford; Sunil Khilnani, Professor of History and Politics at Ashoka University; Jennifer L. Morgan, Professor of History in the department of Social and Cultural Analysis at New York University; and jury chair Michael Ignatieff, historian, author, university professor and former Leader of the Liberal Party of Canada.

The Cundill History Prize is administered by McGill University in Montreal and is awarded annually to “the book that embodies historical scholarship, originality, literary quality and broad appeal.” This year’s finalists will be announced in October, with the winner declared in December.

This “human library” in Copenhagen allows visitors to check out people. 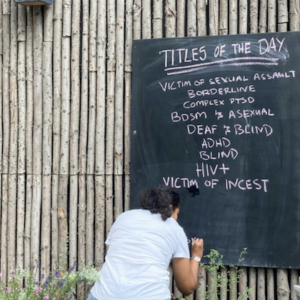 This “human library” in Copenhagen allows visitors to check out people.

I keep hearing that “stories make us human.” Now, a Copenhagen-based project has skipped the middleman; at Ronni Abergel’s...
© LitHub
Back to top