TODAY: In 2005, Harold Pinter wins the Nobel Prize for Literature.

Also on Literary Hub: Dispatches from a writer’s retreat on a playground for the super rich · Interview with a gatekeeper: Algonquin Books’ Elisabeth Scharlatt · We were getting divorced and that was that: from The Fortress by Danielle Trussoni

Jonathan Lethem on the Lost Conversations of Ross Macdonald

So Who Exactly is Bob Dylan, Newly Crowned Nobel Laureate? 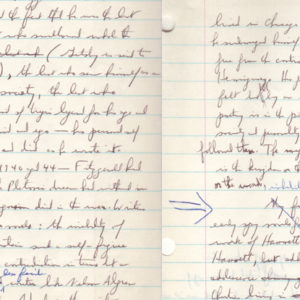 Jonathan Lethem on the Lost Conversations of Ross Macdonald

How I came to edit the book that became It’s All One Case: The Illustrated Ross Macdonald Archives (published this month...
© LitHub
Back to top