Also on Literary Hub: Angela Flournoy, Leslie Jamison and Katherine Towler discuss writerly solitude at the Red Ink Series · Andrew Durbin on new work by Dodie Bellamy, Cecilia Corrigan, Amy De’Ath, Lynne Tillman, and Jackie Wang · They threw him into the sea: from A Master Plan For Rescue by Janis Cooke Newman, now out in paperback

The Homeric Epic of LeBron James 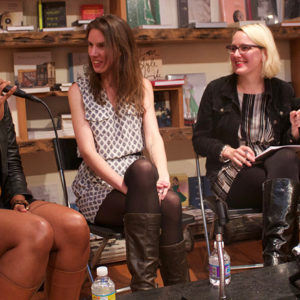 Last month, a standing-room only crowd gathered at Brooklyn's BookCourt for the inaugural installment of Michele Filgate's...
© LitHub
Back to top